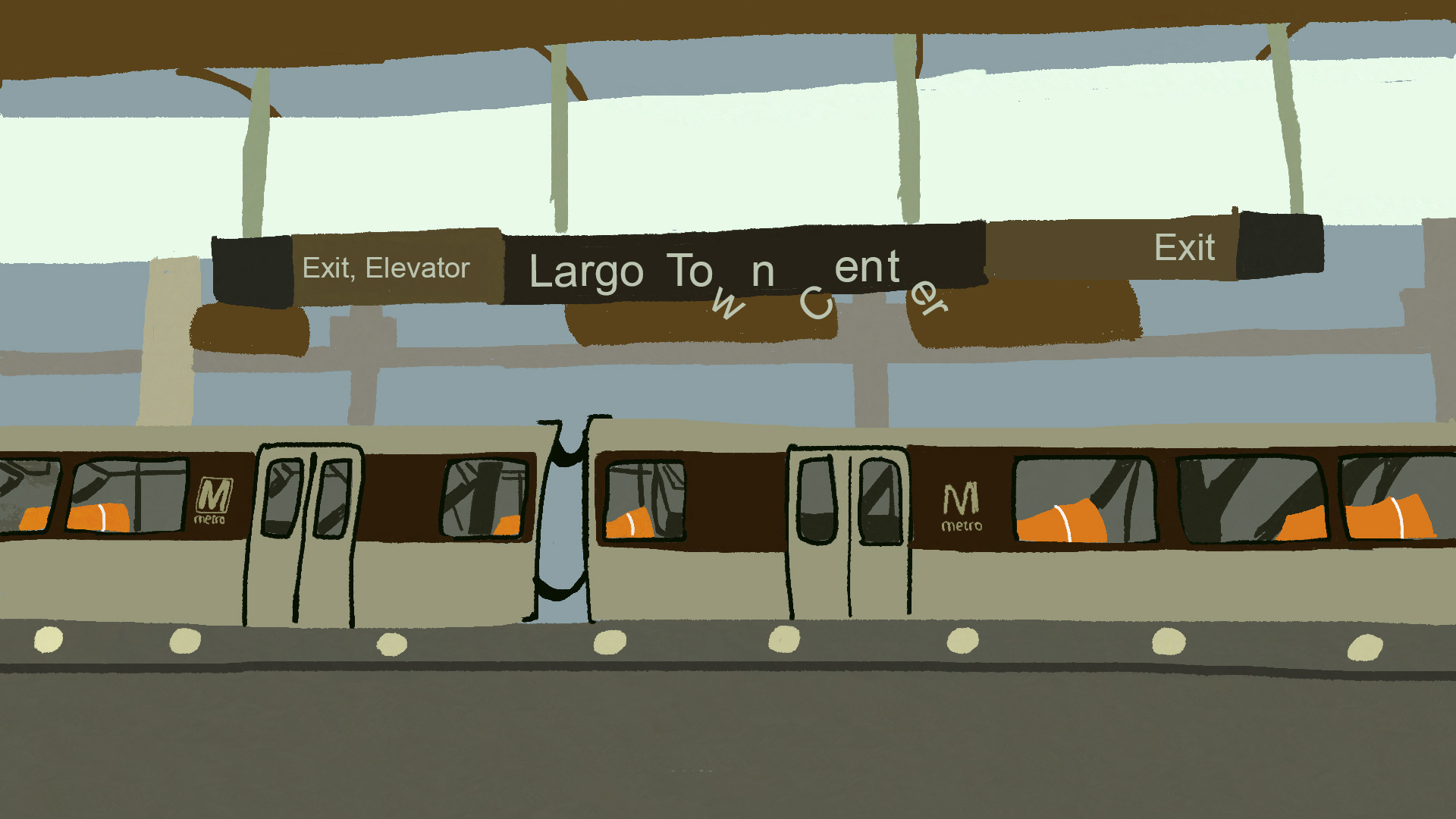 In a formal request to the Washington Metropolitan Area Transit Authority, the county proposed Largo, Downtown Largo and Downtown PGC as possible name changes. The county is also accepting suggestions for other names that help reflect their image of Largo.

WMATA requires that names be limited to 19 characters and recommends that stations are not named after physical assets such as malls. WMATA’s board of directors will approve or decline each request.

Largo Town Center opened in 2004 as an extension of the Blue Line and in recent years, began serving the Silver Line. The station is the namesake of a shopping mall less than a mile away.

Prince George’s County created the Largo Rebranding Initiative to “help establish and brand the station as the anchor of Downtown Prince George’s and the Blue Line Corridor.” The county hopes the new station name will reflect its Blue Line Corridor vision and aspirations for the area surrounding Largo Town Center to be a walkable, transit-oriented community.

[Longer mosquito season might become the norm with climate change]

Although WMATA closed its public response period last week, Prince George’s County will continue to engage with the community and accept feedback and recommendations. Last Wednesday, county officials hosted their second community meeting to discuss the station’s rebranding and include residents in the decision making process.

“We’re really trying to activate this part of the county and leverage its location,” said Denise Robinson, the county’s economic development assistant deputy chief administrative officer. “We also want to imply that there’s going to be a wider range of amenities, entertainment options here, retail, food [and] additional residential.”

Some attendees suggested names such as Largo Downtown Station and Grand Central Largo while others described their disapproval of “Downtown PGC” and expressed concerns that the lack of existing retail options made some of the proposals “not appropriate.”

“There is no ‘Downtown Largo’ and that’s aspirational at best,” one respondent wrote. “However it’s much better than Downtown PGC which is just absurd.”

University of Maryland alum Seanniece Bamiro told The Diamondback they are concerned the name change is a signal of upcoming gentrification.

Bamiro, who grew up in Prince George’s County, said the $332,000 price tag that comes with renaming Metro stations that the county is responsible for paying should have been allocated to help resolve economic issues.

“I’ll be very curious to know … how much does the public opinion really matter over the developers and over the legislators who are ultimately going to influence the decision one way or another,” Bamiro said. “I know that Metro has to make the final decision and then the county pays, but consent is manufactured.”
This story has been updated.