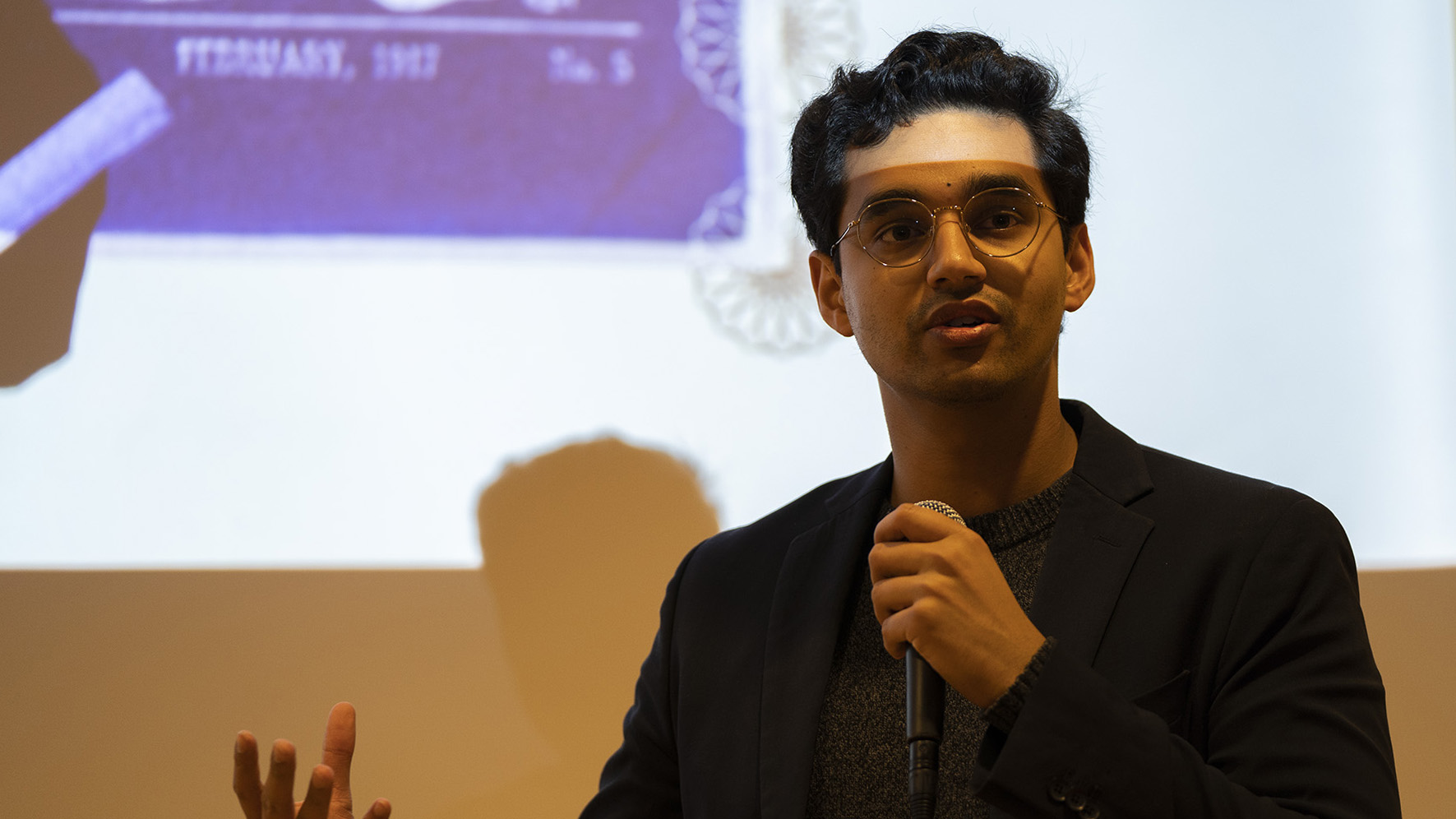 The event, and ones like it across the country, was a collaboration between the North American Association of Indian Students and ZEE5, a streaming platform for Bollywood titles.

Sudhanshu Kaushik, executive director and founder of NAAIS, led the group of about 150 attendees in the atrium at Stamp Student Union. He presented about the organization and Indian American representation before moving on to Bollywood trivia.

“We want to give them that aspect of fun, so they don’t get bored,” Kaushik said. “But also leave them well connected … within the community and within the United States.”

The collaboration between NAAIS and ZEE5, Kaushik said, is going to over 175 universities to ensure people are aware of their work and know they have resources available to them.

Sophomore information science major Archana Swaminathan, executive vice president of SASA at this university, was integral in organizing the event.

“It was great to see everyone … get together and kind of share this culture that we have,” Swaminathan said.

She said, as a Bollywood fan, it was exciting to bring people together around that cultural touchstone.

“I’ve made so many new friends today, just based off of Bollywood,” Swaminathan said. “Which kind of goes to show how much of an impact it has.”

One of the enthusiastic trivia participants, senior English major Dhvani Patel, signed up for NAAIS during the event, hoping to network with members in Washington, D.C., and Maryland.

“It’s important to have organizations like the NAAIS present so that South Asian students in general can feel welcome and included in their college cultures,” Patel said.

She was glad to see an event celebrating Bollywood and South Asian culture on the campus.

“The whole time, I was just thinking, ‘Wow, my parents would actually love to see this,’” Patel said. “I go to a school where their values and things that they’ve taught me are also being reciprocated.”

Patel was the first student to answer a question in the song guessing category. She hopped out of her seat to sing “Tip Tip Barsa Paani” by Alka Yagnik and Udit Narayan.

The NAAIS, during the height of the pandemic, raised over $175,000 to provide food, rent and legal assistance to Indian students, according to Kaushik. He said they have been closely working with local student groups to create community during isolation.

Future SASA events will be posted on their Instagram.