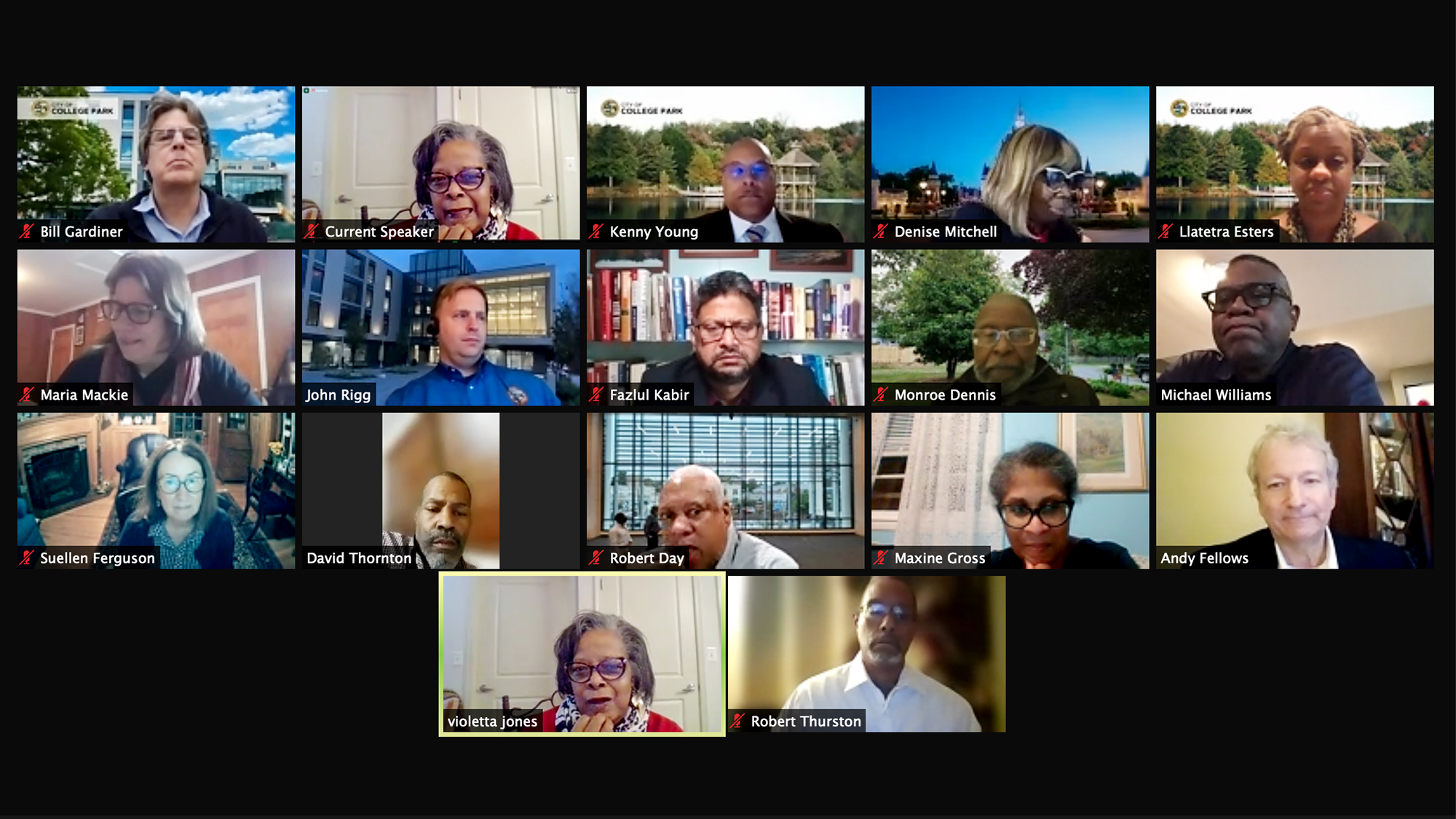 Over the next several years, the city is hoping to heal damage done in Lakeland, a historically Black neighborhood that was severely harmed by an urban renewal plan passed by the city of College Park in 1970. Family homes were demolished and about two-thirds of households  were displaced, according to the Lakeland Community Heritage Project.

For the past six months, the committee has been working on a proposal for how to start the restorative justice effort. The steering committee presented council members with a list of steps to “promote reconciliation and restoration.”

A commission of 15 to 21 people will be created to head the restorative justice project. Each commission member will serve in two-year terms and be appointed by the mayor and council. A majority of commission leaders should be Lakelanders or appointed by a Lakeland legacy institution, said committee chair Maxine Gross.

The first step of the project will be a community healing event followed by a number of public presentations to educate College Park residents on the history of Lakeland. Other “truth-telling” measures, Gross said, will include publishing a complete history of Lakeland and the harm done by urban renewal.

“I hope that the healing event is just the start of trying to create a foundation around our city in regards to the Lakeland community and helping people to really understand what occurred and what needs to happen going forward,” said District 4 council member Denise Mitchell.

After those initial steps, the commission will work to formally re-name some city-controlled community entities such as streets, buildings and other public facilities. A memorial space celebrating the history and culture of Lakeland will also be planned, Gross said.

The specifics of these projects will be decided on by the commission once it is formed.

Steering committee member Robert Thurston told council members that he hopes the city will prioritize making the changes as soon as possible.

“Lakeland has been shrinking, or has been shrunk,” Thurston said. “We need to act fast if at all possible.”

Violetta Jones, a fifth-generation Lakelander and member of the steering committee, showed council members photos of Lakeland families and houses during the presentation.

Jones pointed out one photo of a young family in 1948 — which featured Jones herself, an infant in her mother’s lap.

Council members expressed their support for the restorative justice efforts.

“I can’t tell you how happy I am to see this happen,” said District 3 council member Robert Day. “We need to do right by Lakeland … and I’ll be honest with you, the city council, the city, needs to make a commitment, no matter how long it takes, to get this done, whether it’s six, 10, 15 years to do it right.”

Thurston compared the restorative justice effort to the satisfaction of finally standing up to a bully.

“I’d also just like to take everybody back, whether it was the bully that took their lunch money or the person that took their parking space last week, and how you would just like to have an opportunity to address that,” Thurston said. “Can you imagine if you had 40 years of that? So that’s the type of healing opportunities we are talking about.”