After three straight wins, Maryland volleyball gets another stab at Penn State 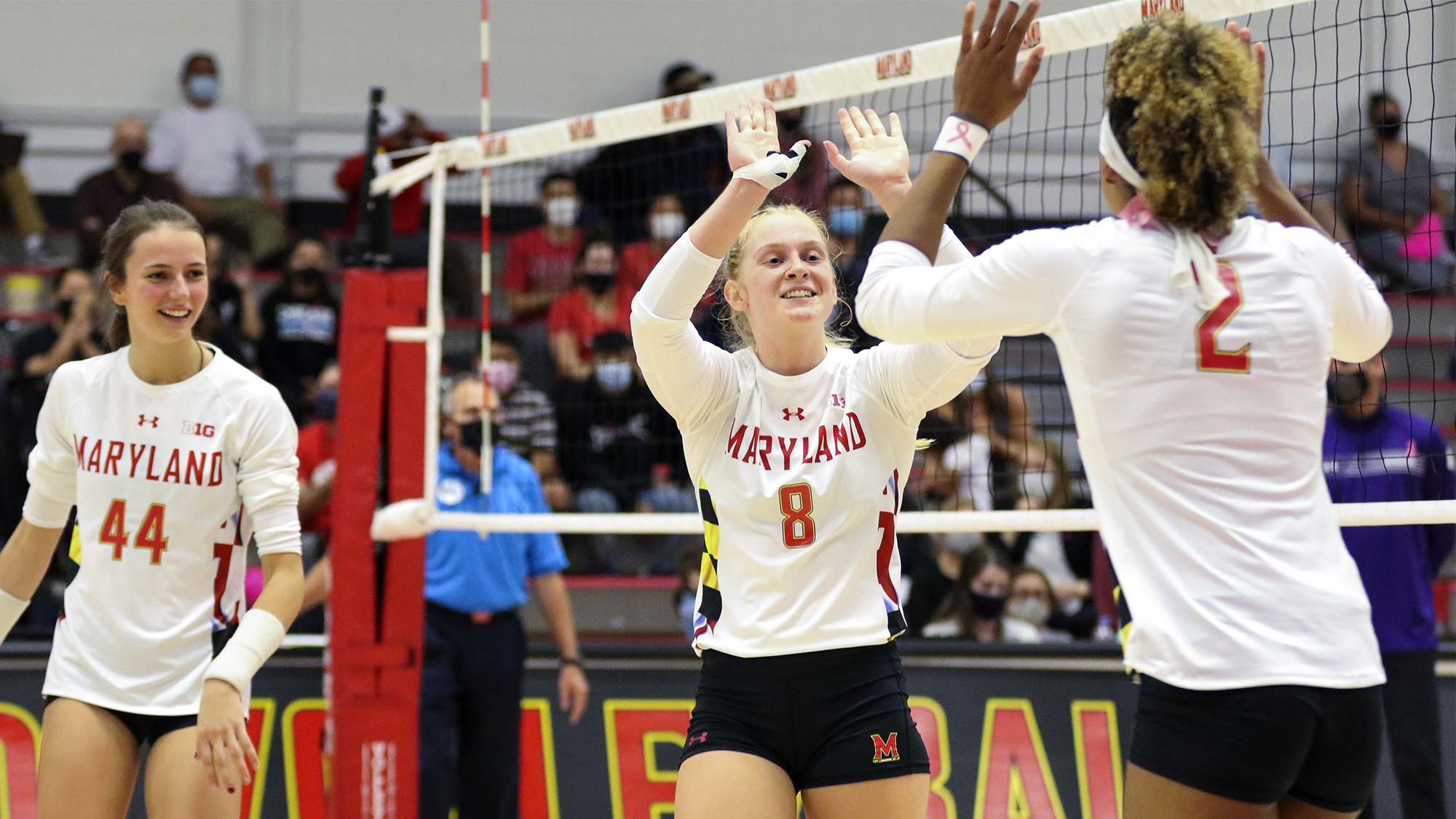 Maryland volleyball has found its groove.

After dropping a five-set thriller to Northwestern in early October, coach Adam Hughes’ squad has emerged victorious in four of its last five Big Ten battles.

The Terps are just three wins away from their first 20-win season in 16 years, and they are riding a high heading into the final month of the season.

“I think we’re excited,” setter Sydney Dowler said. “I think we’ve had that focus this whole year, so, you know, we’re always just striving to get better.”

Dowler and the Terps will look to continue their midseason hot streak on the road this weekend, as Maryland travels to No. 13 Penn State and Rutgers in just a three-day span.

The road trip has sentimental value for Maryland’s head coach.

Hughes, who attended Penn State as a student before joining legendary coach Russ Rose’s staff as its director of operations, is never shy about his affinity for his alma mater.

While returning home to State College is always an emotional moment for Hughes, his top priority remains clear — pulling an upset on Rose and the Nittany Lions.

“I’m not sure we necessarily lost that match,” Hughes said. “I thought they started playing really well at the end, and they kind of came to life there in the third set and jump-started a little bit.”

Although Maryland will have the opportunity to exorcise its demons against the Nittany Lions on Friday evening, the task will be far more daunting on the road. Penn State nearly upset No. 3 Wisconsin last weekend and has benefitted from stellar plays from outside hitter Kaitlyn Hord.

Hord, who tallied 21 kills and a .475 hitting percentage against the Badgers, has accumulated 56 kills over the Nittany Lions’ last three matches. Since each of Penn State’s last three contests have been against top-15 opponents, Hord is certainly on Hughes’ radar as the Terps prepare for their Friday night battle.

“Kaitlyn Hord’s playing extremely well,” Hughes said. “I thought last time we did a decent job trying to control her a little bit, [but I’m] sure that she’s probably playing at a different level and she’s gonna cause us some problems for sure.”

But while Maryland hasn’t upset Penn State since 1983, the Terps remain confident heading into the bout.

Dowler, Maryland’s high-energy leader from the setter position, is focused on remaining steady and consistent in the face of Penn State’s potent offense.

“We want to come out [firing], we want to have energy, but sustainability is the big thing and consistency for us,” Dowler said.