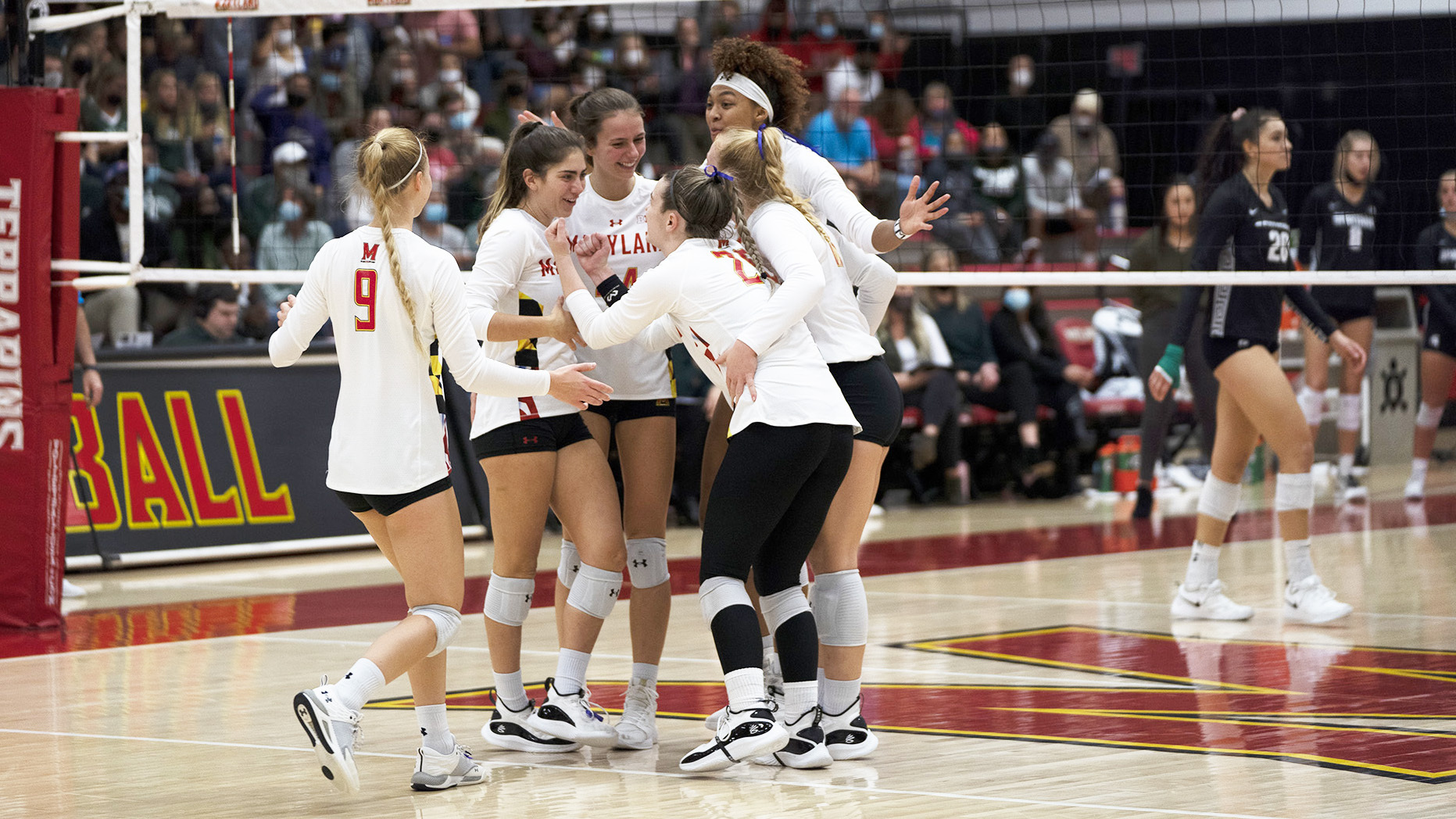 Maryland volleyball was in dire need of a spark.

After cruising to two comfortable set victories, a furious comeback mounted by the visiting Michigan State Spartans squandered five Terp match points late in the third frame to flip the game on its head.

A match that seemed to be over suddenly became a fight to hold off the surging Spartans, who collected an improbable 28-26 third set victory and put the Terps back on the ropes.

“Obviously they were disappointed, because I think they knew that they missed that opportunity,” coach Adam Hughes said of his squad’s third set slump.

But while Hughes’ squad seemed to be slipping against a Big Ten foe firmly in its offensive rhythm, a remarkable play from setter Sydney Dowler in the fourth set helped Maryland hang on and finish out its third straight conference victory.

After a Michigan State service error midway through the set gave the Terps a one-point edge, Maryland outside hitter Paula Neciporuka looked to double her squad’s advantage with a spike attempt from the left wing.

Neciporuka’s kill attempt was batted back toward the Terps’ side by two Spartan defenders, where defensive specialist Kaylee Thomas popped the block high in the air in Dowler’s direction.

Dowler, who had been finding her outside hitters all night long to the tune of 40 assists on the evening, looked primed to send yet another expertly placed set in the direction of a Maryland attacker.

So when Dowler suddenly rose and sent a cratering kill back over the net, Michigan State was caught completely off guard. Dowler’s sizzling spike knocked outside hitter Sarah Franklin off of her feet in the back row, and the Spartans were unable to field the strike.

It blew the roof off of Xfinity Pavilion.

The 1,307 fans in attendance erupted in celebration of Dowler’s sudden spike, while libero Milan Gomillion playfully shoved Dowler in elation. The sequence forced Michigan State coach Cathy George to burn a timeout, as the noisy pavilion crowd became too deafening to withstand.

“I think she’s still excited about the overpass kill that she destroyed,” Hughes said. “That’s probably one that she’ll watch on the highlight reel over and over and over.”

Dowler’s kill doubled Maryland’s advantage, garnering the Terps a much-needed momentum swing late in the set. Hughes’ squad went on to win the fourth set, 25-22, to win the match 3-1 and send the Spartans packing with their eighth conference loss of the season.

For Hughes, Dowler’s play kept Maryland in rhythm as the Big Ten battle pushed on. Dowler, who eclipsed the 1,000 career assist mark in Saturday’s match, proved to be the glue Maryland needed to piece together its third consecutive win.

“She took charge,” outside hitter Sam Csire said. “In the fourth [set] she was kind of like, ‘Alright, I’m done playing, we’re gonna finish it,’ and I mean, that hit told it all.”