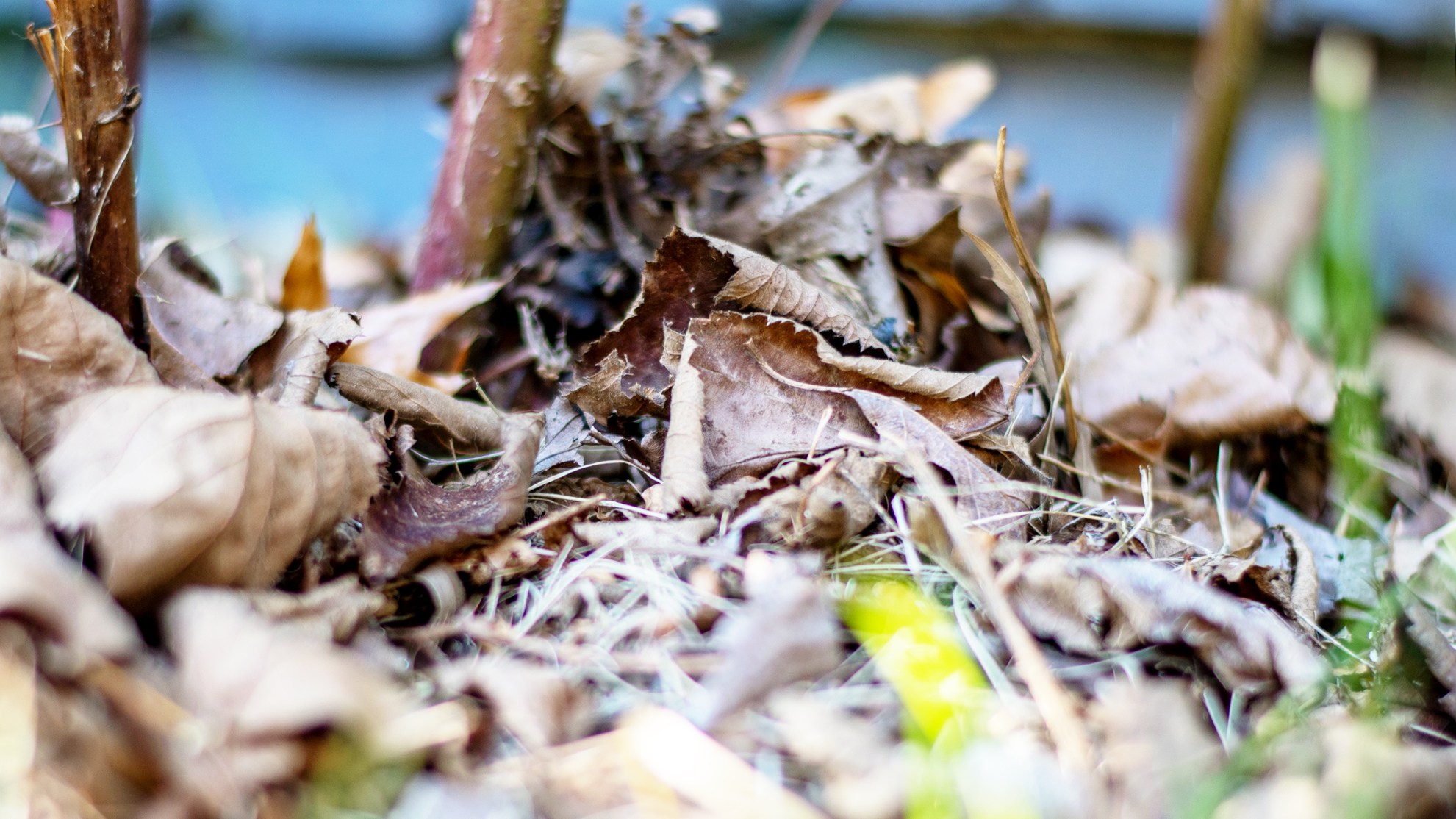 Fallen leaves rest along the side of Lisa Wyse's house on Oct. 28, 2021. (Joe Ryan/The Diamondback)

In the coming weeks, neighborhoods near the University of Maryland will begin their annual collection of residents’ leaves.

But some local residents want to keep leaves in their yards — a decision they say helps preserve insect populations and can improve the overall environment around their homes.

The decision is part of a growing practice where homeowners decide to “leave the leaves” in their yards.

Hyattsville resident Lisa Wyse traditionally raked her leaves until six or seven years ago. But since then, she’s decided to “leave the leaves.”

Since buying her house 10 years ago, Wyse has been slowly creating landscaped areas and wild areas where birds, bees and other insects can inhabit. Wyse, whose yard and garden are organic, uses leaves as brown material in her compost and mulch around her garden beds. The garden beds hold flora ranging from blackberry and lilac bushes to herbs such as mint.

“What I’ve been doing is just kind of a labor of love,” she said. “And for as cheap as I possibly can, putting in plants that support birds and bees and other pollinators and so on.”

Max Ferlauto, a doctoral student in this university’s entomology department, is investigating the impacts of leaf litter removal practices including leaf blowing on insects that are overwintering — or passing through the winter — in rural and urban areas.

Twenty homeowners in the College Park and Columbia areas are participating in Ferlauto’s project. For the project, four plots are created in each homeowner’s yard, where two plots contain leaves and two don’t have leaves. In the spring, Ferlauto puts tents over the plots to catch and count emerging insects.

Based on his preliminary results, the number of emerging moths and butterflies are reduced by about 67 percent in areas where leaves are removed.

“In a single year, you can just decimate the insect population in your yard by raking,” he said. “That’s a problem because a lot of birds and other species that are important to our ecosystem rely on those moths for food.”

If people want to have nature-friendly yards, they can’t remove all leaves because it will kill insects, which Ferlauto describes as an “ecological trap.” They also shouldn’t shred leaves on their lawns using a lawnmower because it won’t offer benefits to insects, Ferlauto added.

“If you like songbirds, you really have to preserve your moth population. They’re also important for pollinating things, and they can be pest species if they get out of control,” he said.

While raking is “ingrained in our society,” Ferlauto said, overwintering insects can still be supported by preserving some leaves and moving them into garden beds or under trees.

Entomologist and Silver Spring resident Kay Taub also leaves her leaves every fall and encourages others to do the same.

“I do get asked every year, ‘How come we’re not seeing as many [lightning bugs]?’” she said. “It’s because your lawn is sterile, your lawn has no leaf litter. It only has mulch, and there isn’t a leaf to be found, and you don’t have native plants.”

In Taub’s yard, she shreds leaves and leaves them on the ground but also uses them for composting or around garden beds.

“Let [the leaves] provide habitat and let them nurture the trees and shrubs that they already have in their yard,” Taub said.