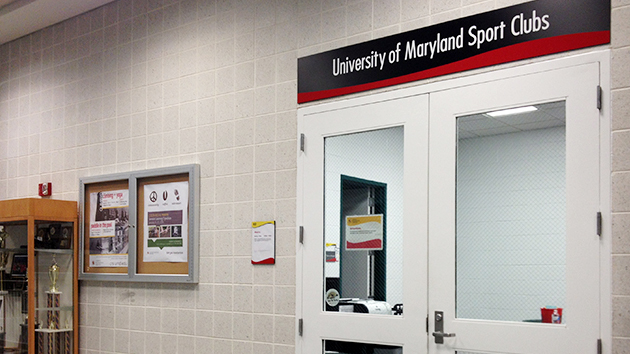 A fun fact my three or four loyal readers here may not know is when I’m not contributing to The Diamondback, I compete on the University of Maryland’s club running team. This fact also doubles as my full disclosure, as I have a bit of a vested interest in this column.

My participation in club running meant I was very interested in the university’s recent announcement that club sports teams would be prohibited from competing against schools that do not have a COVID-19 vaccine mandate. Interestingly, this rule does not apply to any of this university’s varsity teams. I may be biased, but I think that if the university wants to enforce COVID-19 rules for its athletic teams, these rules should be applied across the board. If club sports teams aren’t allowed to play against schools without vaccine mandates, then neither should varsity teams.

Competing against unvaccinated athletes is no doubt a risk, but club sports competitions are no more COVID-19 prone than varsity games. In fact, considering that varsity competitions typically draw many more spectators, it is almost certain that varsity games are more high risk. Barring that, the only major difference between them is how much money the university makes from varsity sports games and would lose from their cancellation.

The university was definitive in its justification, saying travel for club sports is not essential and that “We don’t want our teams to host… (or) travel to a school that doesn’t have a vaccine mandate.” Yet, less than a week before University Recreation and Wellness made that statement, this university hosted a varsity football game against the University of Iowa, which does not require its students to be vaccinated.

If this university was truly worried about its students interacting with unvaccinated players, fans and students, they could have canceled the game. But that would mean foregoing revenue from tickets, concessions and the larger effect these huge events have on the College Park economy. These lines of revenue don’t exist for club sports, so it’s much easier for the administration to put restrictions on them.

Granted, the university administration does have more power over club sports. On the varsity level, they have to contend with the Big Ten, NCAA, TV stations and other relevant parties who have a vested economic stake in these teams. However, if the administration wanted to be incredibly strict about COVID-19, it could put its foot down and not participate in games unless all of the schools have mandates.

To be clear, I don’t think this is what the university should have done. It already made the most important decision in requiring its own students to get vaccinated. It may seem ridiculous on the surface, but it’s the progression of this mindset that led to the club sports rule. I understand that the university is trying to minimize damage, but having different sets of rules for different organizations is pointless — especially when the level of danger is effectively the same.

The university makes a lot of money from some sports, and almost nothing from others. To think that this does not affect its decision-making, you would have to be incredibly naive. I’m all for taking proper precautions against COVID-19, but certain organizations should not be singled out based on their economic value to the university.

Varsity and club sports teams both deserve opportunities to compete against other schools regardless of how much revenue those events bring into the schools. The new rule may somewhat mitigate the spread of COVID-19, but I doubt it will justify having multiple sets of rules for different campus groups.