No horsing around: Odyn quarantines upon arrival to UMD 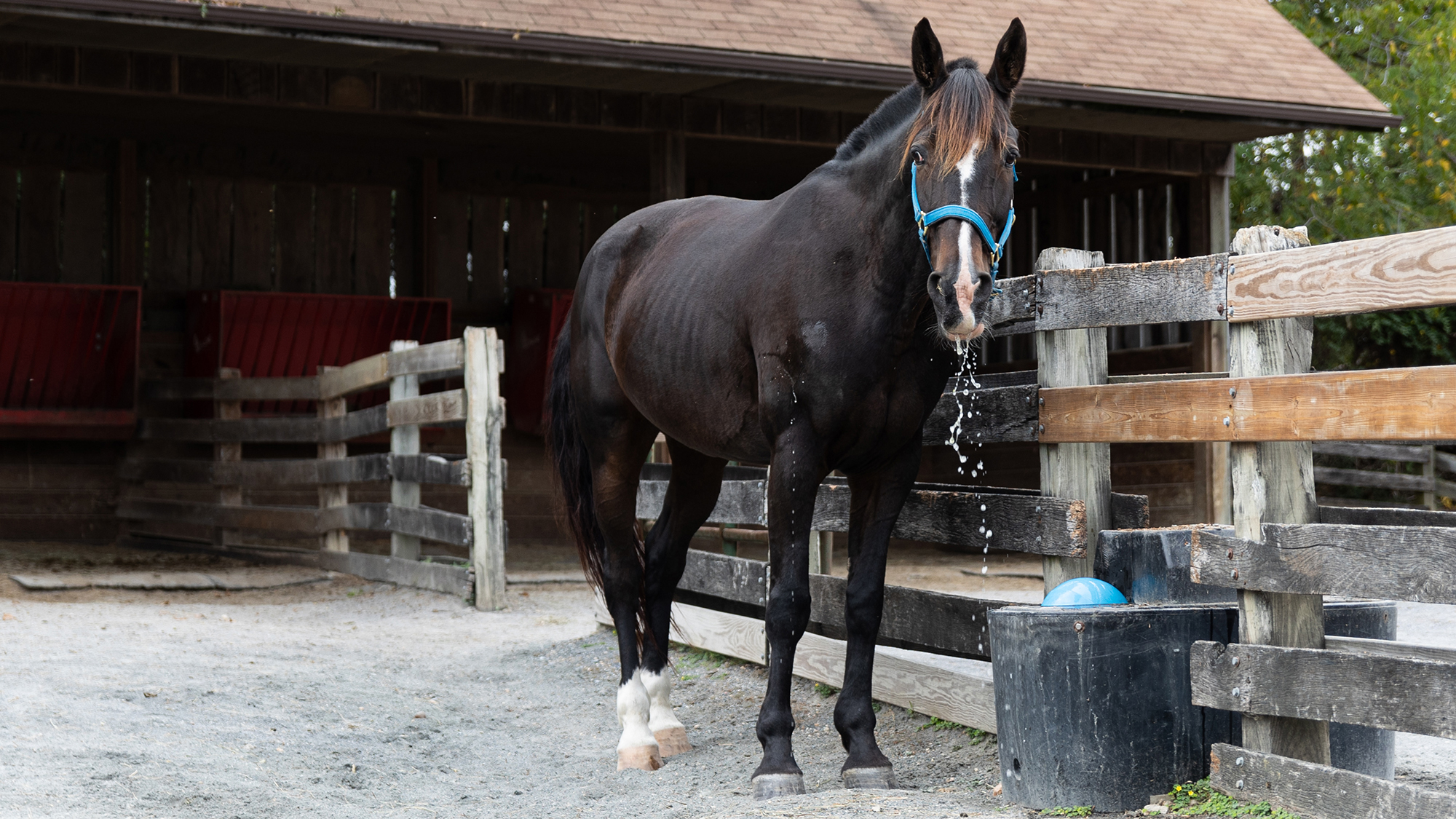 He was asymptomatic, and he didn’t have any suspected contact with anyone who had COVID-19. Still, he couldn’t interact with some of his peers and his well-being had to be monitored.

There wasn’t any reason to worry, though, since Odyn was simply following normal biosecurity practices — after all, he’s a horse.

For horses new to the campus farm like Odyn, a two-week quarantine is standard procedure — even before the pandemic — farm manager Crystal Caldwell said. Farm staff monitor quarantined horses to ensure they do not display symptoms of disease, which prevents the new horses from spreading potential disease to the other horses.

For the past couple weeks, signs were scattered around the exterior of the University of Maryland’s campus farm.

“Do not touch this horse. This horse is in quarantine,” one bright pink sign read.

But Odyn, who is 10 years old, is doing just fine, and he left quarantine on Tuesday.

He’s from Pennsylvania, and while his exact origin and breed are unknown, he may have been owned or bred by the Amish, said Maryland Equestrian Club president Avital Saletsky.

Most horses at the campus farm come from donations. But Odyn was purchased — the farm was “desperate” for horses, Saletsky said.

“We basically looked at videos that the owner sent us and then we sent a vet to do a pre-purchase exam,” the junior animal science major said. “When the pre-purchase was good, we just said ‘OK’ and bought him.”

Saletsky described him as “very regal.”

“He carries his head super high,” she said. “I rode him and he’s so smooth. It’s a fun ride, he’s very responsive … He’s very sweet.”

While under quarantine, horses can interact with other livestock, such as cattle, since they are not at risk for spreading diseases to other breeds, Caldwell said.

After stepping out of the quarantined horse’s area, farm crew members must scrub manure off of their boots before stepping into an acid boot wash, Caldwell said. They can’t reenter the horse barn until after they’ve had a shower and a full change of clothes.

Plus, a quarantined horse is fed and cleaned last due to the quarantine protocol, farm crew member Kathryn Schuller said.

The Maryland Equestrian Club is responsible for feeding the horses in the morning, Schuller said.

“They would send two people the days that Odyn was in quarantine,” said Schuller, a sophomore animal sciences major. “One person would go help with Odyn and one person would tend to the rest of the horses.”

Odyn is the sixth horse to join the farm. The farm typically has about six horses, but there were only three last year, Saletsky said.

Since leaving quarantine, Odyn has started interacting with the other horses, Caldwell said.

On Wednesday, Caldwell was able to put Odyn in the same area as Remy, another horse.

“Now Remy and Odyn are together in the paddock, being friends and just hanging out,” Caldwell said.

CORRECTION: Due to an editing error, a previous version of a caption in this story misidentified Remy the horse. The caption has been updated.