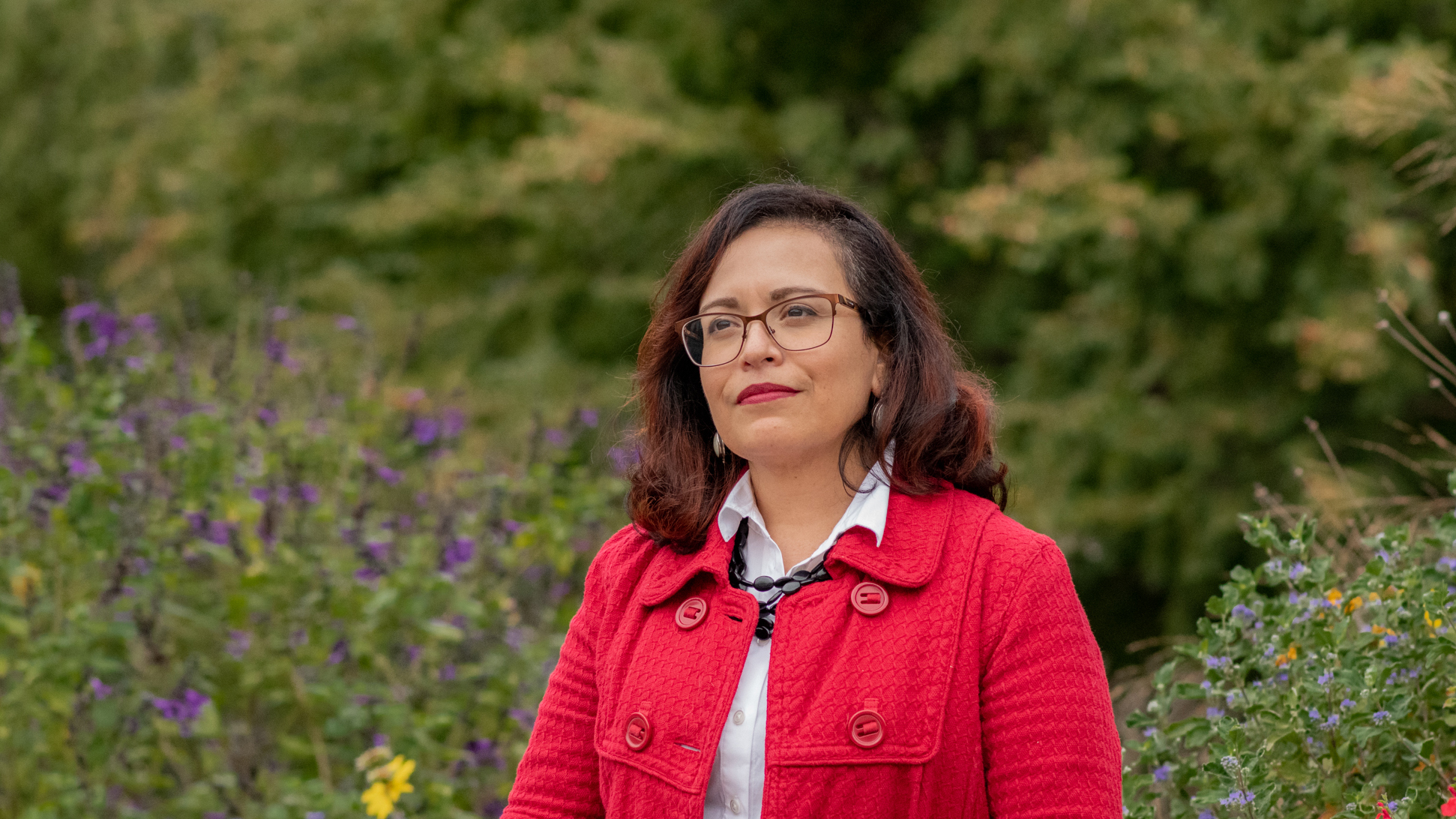 In 2018, Dr. Michelle Espino wanted to start a blog to chronicle her experiences navigating higher education as a first-generation college student and professor. But when the blog didn’t take shape, she scrapped that idea and turned to a familiar medium: podcasting.

That’s when Latinx Intelligentsia was born.

Now, the podcast is in its fifth season, and Espino, who is an associate professor in the University of Maryland’s education college, uses it as a platform to highlight voices of Latinx individuals in higher education. Drawing on her own experiences working in academia, she speaks to professors, graduate students and more about their careers and everyday lives.

“My focus as a professor has always been about building community, and I really want to be able to showcase good work that’s out there,” Espino said.

Espino’s podcast is a bright spot in media in the Washington, D.C., area, where representation of Latinx individuals in higher education and media does not accurately reflect the number of people in Latinx communities, said Cristóbal Rodríguez, Arizona State University’s equity, inclusion and community engagement associate dean.

“There are in fact numerous Latino scholars and advocates nationally that are just not recognized regionally in the DMV area,” said Rodríguez, who was a guest on the podcast in April 2020. “Those stories and research should be shared and recognized.”

In the five semesters she’s been putting together episodes, Espino said each episode has been uniquely moving and dear to her. But some have been especially meaningful. One, called “Weaving the Personal with the Work,” from November 2019, featured the stories of two of Espino’s friends, who used weaving and documentary-making to honor the memories of their lost loved ones.

Another was about “ethical chisme,” a subject familiar to several Latinx scholars who work in higher education. Chisme, which loosely translates to “gossip,” is a “conceptual tool” that can be used to spread information about scholarship opportunities, professors’ reputations and more, said Ángel González, an adjunct faculty member at California State University, Fresno, who was featured in Espino’s podcast.

“She brought me along … to talk about it and how we engage with it and how we’re also kind of continuing to develop chisme and what that means for us,” González said.

Espino and González used the episode as an opportunity to look at higher education through the lens of LGBTQ+ Latinx individuals.

But Espino doesn’t just talk about the positives of intersectional representation in higher education. She also tackles more difficult topics, discussing barriers and downfalls in the community such as homophobia, transphobia and anti-Blackness.

“It’s just really important to … [shed] light on some of the challenges within the community that we need to grapple with,” Espino said.

The podcast hasn’t just been an opportunity for listeners to get introduced to Latinx individuals in higher education — even the guests have been able to form connections and learn from each other.

Rodríguez from Arizona State participated in Espino’s episode about building coalitions and recognizing similar experiences among people of color involved in academia. For him, one of the highlights of the episode was participating in the podcast with Howard University graduate student Natalie Muñoz. The two talked with Espino about advocating for various communities outside just their own — a conversation Rodríguez called “critically important.”

While the process of creating each episode and sharing knowledge and experiences has been gratifying for Espino, she said it can be difficult on top of research, teaching and everything else in her life. It’s taught her about balance — a topic she decided to explore in one of her episodes.

The episode featured Marissa Vasquez, an assistant professor of post-secondary educational leadership at San Diego State University. Vasquez and Espino discussed the difficulties and joys of balancing work and family life, especially in a pandemic where the lines between the two have blurred.

“I remember just reflecting on that. I think initially I was like, ‘That’s bittersweet,'” Vasquez said. “That was the essence of the podcast … sometimes setting boundaries and sometimes boundaries just can fail.”

In future episodes, Espino wants to keep highlighting role models who candidly discuss their experiences in higher education. Latinx Intelligentsia, in her eyes, is an opportunity to educate and inspire.

“Representation is just the first step,” she said. “The hope would be that [the podcast] lights a fire for someone, it plants a seed for someone in the future to think, ‘I can do this too.’”