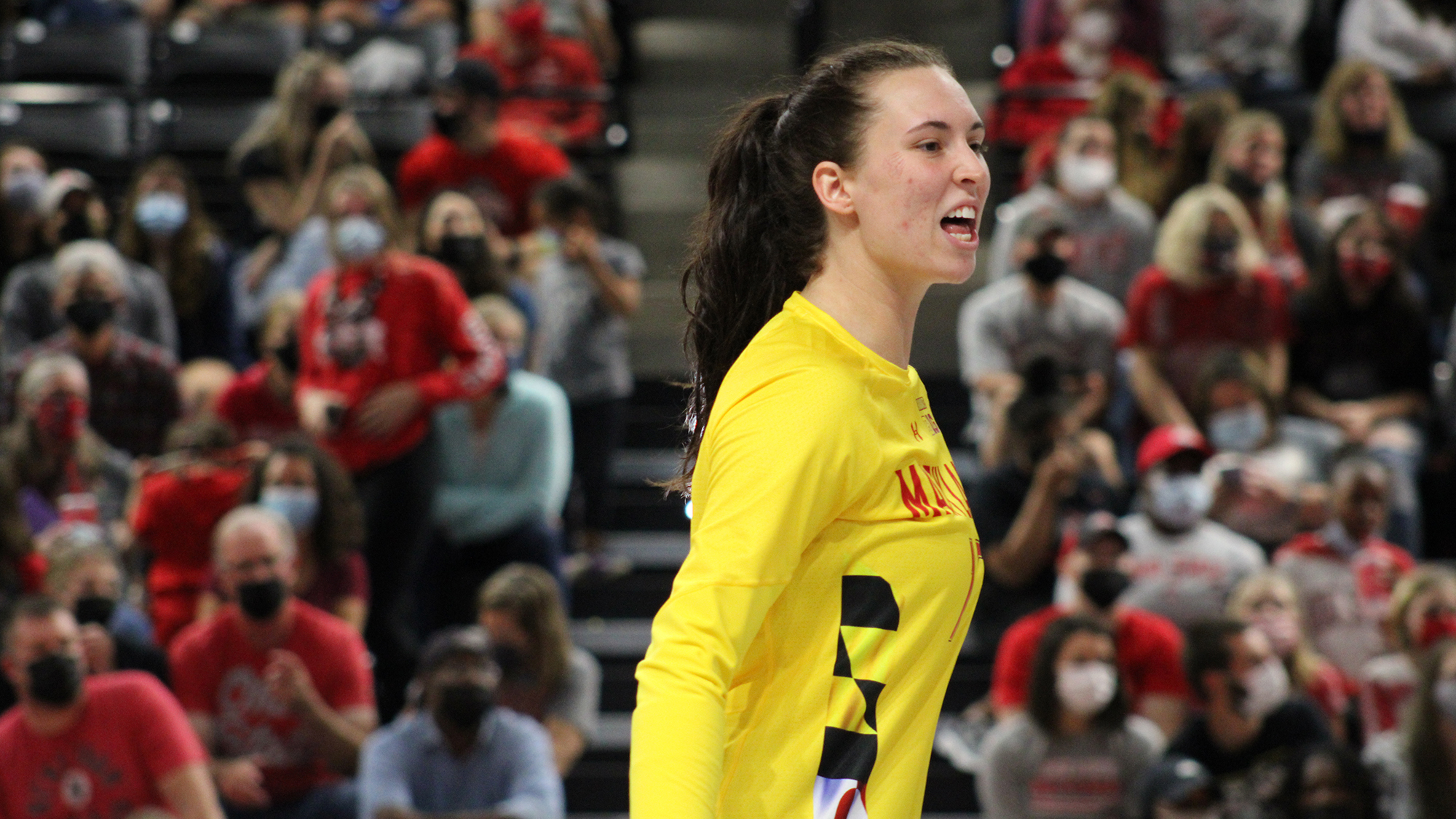 Lexi Kohut’s childhood dream of competing at the highest level of collegiate volleyball was nearing its end.

Following four seasons as an outside hitter at Appalachian State, Kohut opted out of the spring portion of a COVID-riddled 2020-21 season. Multiple knee and ankle surgeries had worn her down, and she was looking forward to the next chapter of her life.

“I had the next two years of my life planned out. I was going to grad school at [Florida Atlantic University],” Kohut said. “I had a graduate teaching assistantship lined up that was going to be in their academic support at FAU.”

But an internship at the University of Maryland’s Gossett Student Athlete Center this past summer changed the trajectory of Kohut’s volleyball career.

Brady Rourke, the current director of the Gossett Center, had known Kohut before she stepped foot in College Park.

Once the Executive Director of the Student Learning Center at Appalachian State, Rourke mentored Kohut for two seasons. It was under Rourke’s wing where she found a love for academic advising, and decided on making it a career path.

“I realized as much time as I spent with Brady, I wanted to do what he does because he really inspired me and supported me a lot through my first two years,” Kohut said.

So after Rourke left Appalachian State for his new position at Maryland in 2019, it was only a matter of time before he and Kohut were reunited.

This past spring, Kohut traveled to College Park to work alongside her mentor for an internship opportunity in the student athlete center. It couldn’t have come at a better time for coach Adam Hughes and Maryland volleyball.

Following a 5-15 spring season in which many of the Terps’ veteran leaders departed from the program, Hughes was in dire need of experience for a new team flooded with young talent. Hughes and his coaching staff got word of Kohut’s arrival to College Park, and inquired to Rourke about the prospect of her joining the program.

“I was working with the volleyball coaches, and … the coaches [asked], ‘Well, do you think she’d have an interest in playing volleyball another year at Maryland?’” Rourke said.

At first, she had no interest in the offer.

Kohut initially declined the chance to play for Hughes and the Terps. And with her post-graduate plans lined up and a ticket to Boca Raton, Florida already booked, it seemed as though the final page of Kohut’s volleyball career had already been turned.

But in the fleeting moments of her time as an intern in College Park, a tour of a Maryland volleyball summer camp at Xfinity Center rekindled her passion for the sport.

“I was giving her a tour of the Xfinity Center, and we ran into AJ [Bonetti], one of the volleyball coaches,” Rourke said. “And they were hosting a camp that day so we walked down into the gym and we were watching them coach the camp.”

It was on the sidelines of this camp where Kohut realized that she still had some volleyball left in the tank.

“Watching these girls play volleyball, doing what they love, just really reminded me, this is what I love to do, and if I get this opportunity to do it again, why would I not take it?” Kohut said. “That was a huge turning point for me, just realizing that this was real, and I could really participate in something that I’ve dreamed about ever since I was a little girl.”

Weeks later, Kohut was officially announced as a member of the Maryland volleyball team. As a late addition to the Terps’ roster during preseason, Kohut was forced to play catch-up, according to Hughes. However, a delayed arrival didn’t stop her from making an instant impact on the team.

On the second point of Maryland’s season-opening matchup against Virginia, freshman outside hitter Erin Morrissey suffered what turned out to be a season-ending ACL injury. Kohut, who experienced the same ACL tear at Appalachian State, quickly became an outlet for Morrissey as she dealt with the shock and disappointment of a devastating injury.

“She really stepped up on her own, she wasn’t asked to do it, she just kind of knew exactly what Erin was going through mentally at that point,” Hughes said. “She was right there with her the whole way, and that says a lot about who she is as a human more than just a player. Knowing that story, you can tell how quick the locker room has come to love Kohut.”

And while Kohut played sparingly in the preseason for the Terps, her goal of playing volleyball against elite Big Ten opponents came to fruition in Maryland’s early-October battle with No. 8 Ohio State.

Starting outside hitter Paula Neciporuka was inactive for the match, and Kohut was thrust into an increased role in Hughes’ rotation for the first time. With the Terps in an eight-point hole midway through the first set against the Buckeyes, Hughes turned to his veteran graduate transfer to provide a spark for his offense.

And Kohut answered the call.

After a fluttering Mac Podraza serve was dug by libero Milan Gomillion on the ensuing play, setter Sydney Dowler located a streaking Kohut on the left side of the court. Kohut rose and fired, sending a missile past two Ohio State blockers for her first kill in a Maryland uniform. A moment that, for Kohut’s friend and mentor, seemed impossible just mere months ago.

“Who would’ve thought that four or five months later, she’s wearing a Maryland volleyball jersey and she’s competing in the Big Ten,” Rourke said. “This is one of the things that happens in college athletics that you could write a book about.” 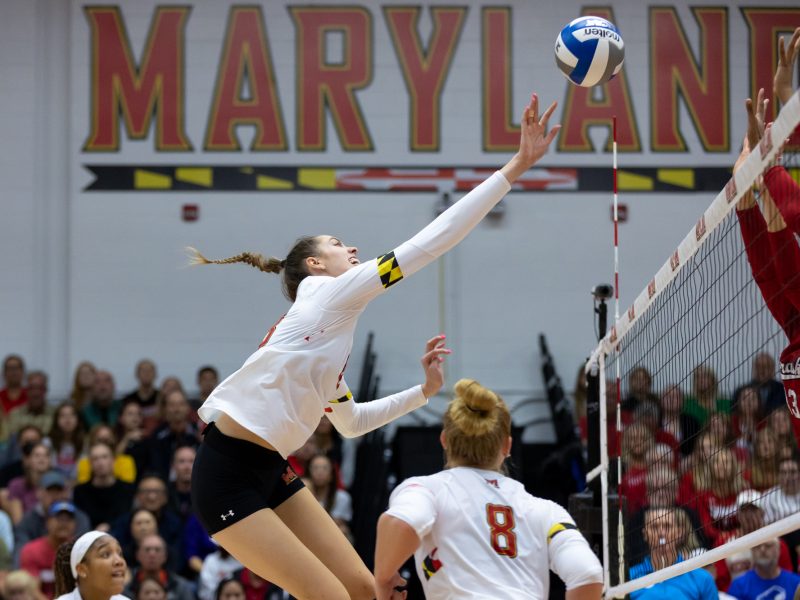