No. 8 Maryland field hockey hopes to bounce back against No. 12 Virginia 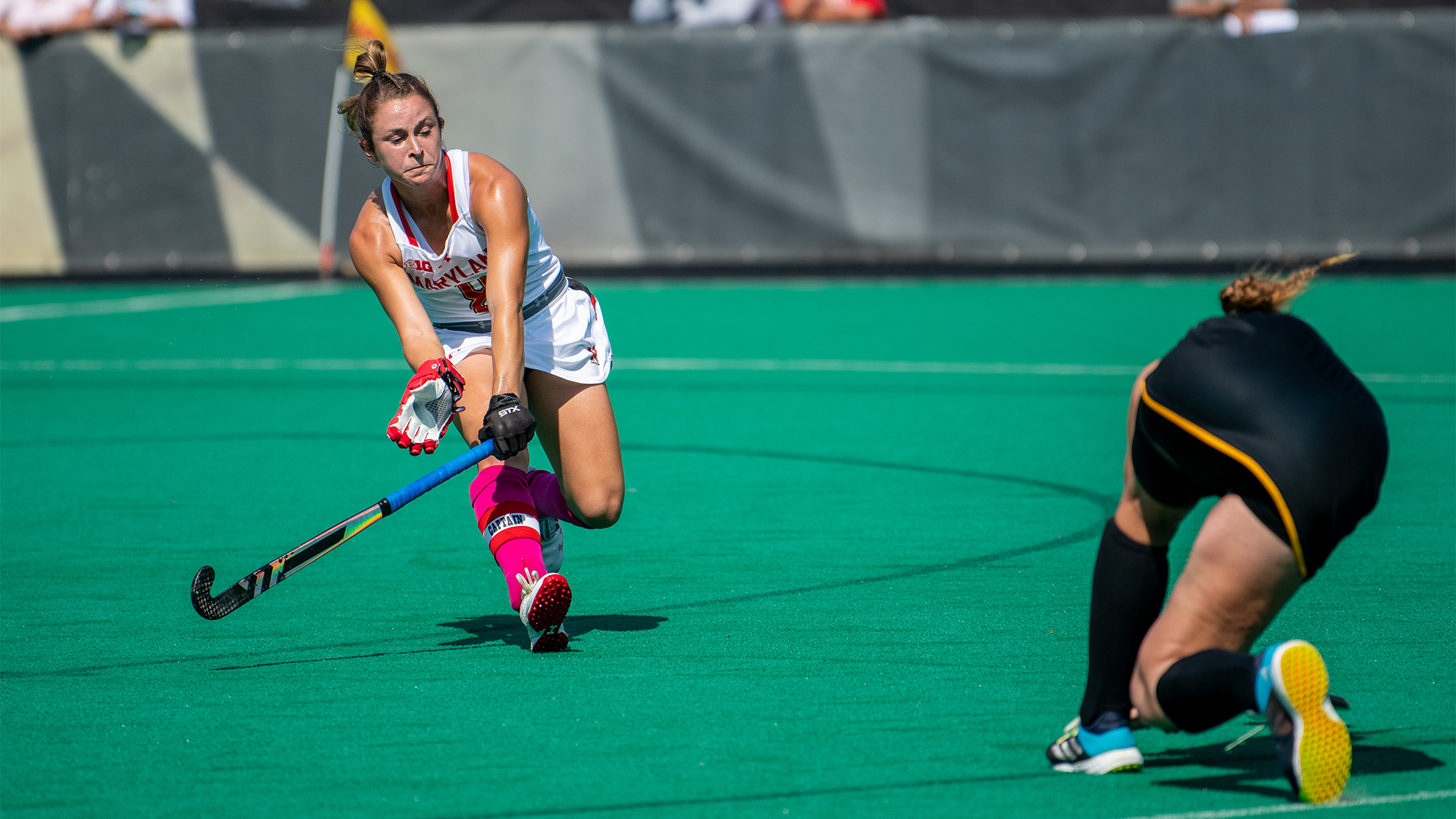 Brooke DeBerdine contests a penalty corner during No. 7 Maryland field hockey’s 2-1 loss to No. 1 Iowa on Oct. 3, 2021. (Joe Ryan/The Diamondback)

Coach Missy Meharg was sitting on the bus with the No. 8 Maryland field hockey team on Wednesday.

They were driving on the Beltway en route to Charlottesville, Virginia, for a date with the Cavaliers on Thursday afternoon.

It’s a trip Meharg and the Maryland field hockey program know well from their time in the ACC. The Terps have recently played some big contests with the Cavaliers, including a 2019 match in Charlottesville that knocked Maryland out of the NCAA tournament.

Like the Terps’ players and coaches always say, field hockey could feel like a small world. At almost every game, there is at least one Maryland player who knows someone on the other team. And that’s no different here.

“We know a lot of these players very well,” Meharg said.

The DeBerdine sisters are from Millersville, Pennsylvania, and attended Penn Manor High School. One of its neighboring schools is Donegal, where Virginia center back Rachel Robinson played.

Maryland team captain Brooke DeBerdine is the same age as Robinson, and the two competed against each other in each of their four years of high school. And now, they’ll compete in college as well.

“They have a lot of great girls on their team, and so do we,” Emma DeBerdine said. “So it’s gonna be a great matchup.”

And Brooke isn’t the only DeBerdine sister who has a connection with a Cavaliers player. Emma has played with Adele Iacobucci through Team USA activities.

Iacobucci has been one of Virginia’s best offensive players this season. The junior has three goals, tied for third-best on her team. And as they’re both midfielders, the former teammates will be trying to shut each other down on Thursday afternoon.

“It’s gonna be really fun to play against her,” Emma DeBerdine said.

The Terps have had a lot to work on since their narrow 2-1 defeat to the Hawkeyes on Thursday.

But when Meharg and the coaching staff meet, the first thing they do is talk about what went well. Against Iowa, Maryland’s penalty corner defense stopped six straight attempts during a scoreless first half.

And defense will be important against this Virginia team — which has drawn 68 penalty corners this season.

“We have a great corner defense, and we’ll continue that,” Meharg said. “And look forward to more execution.”