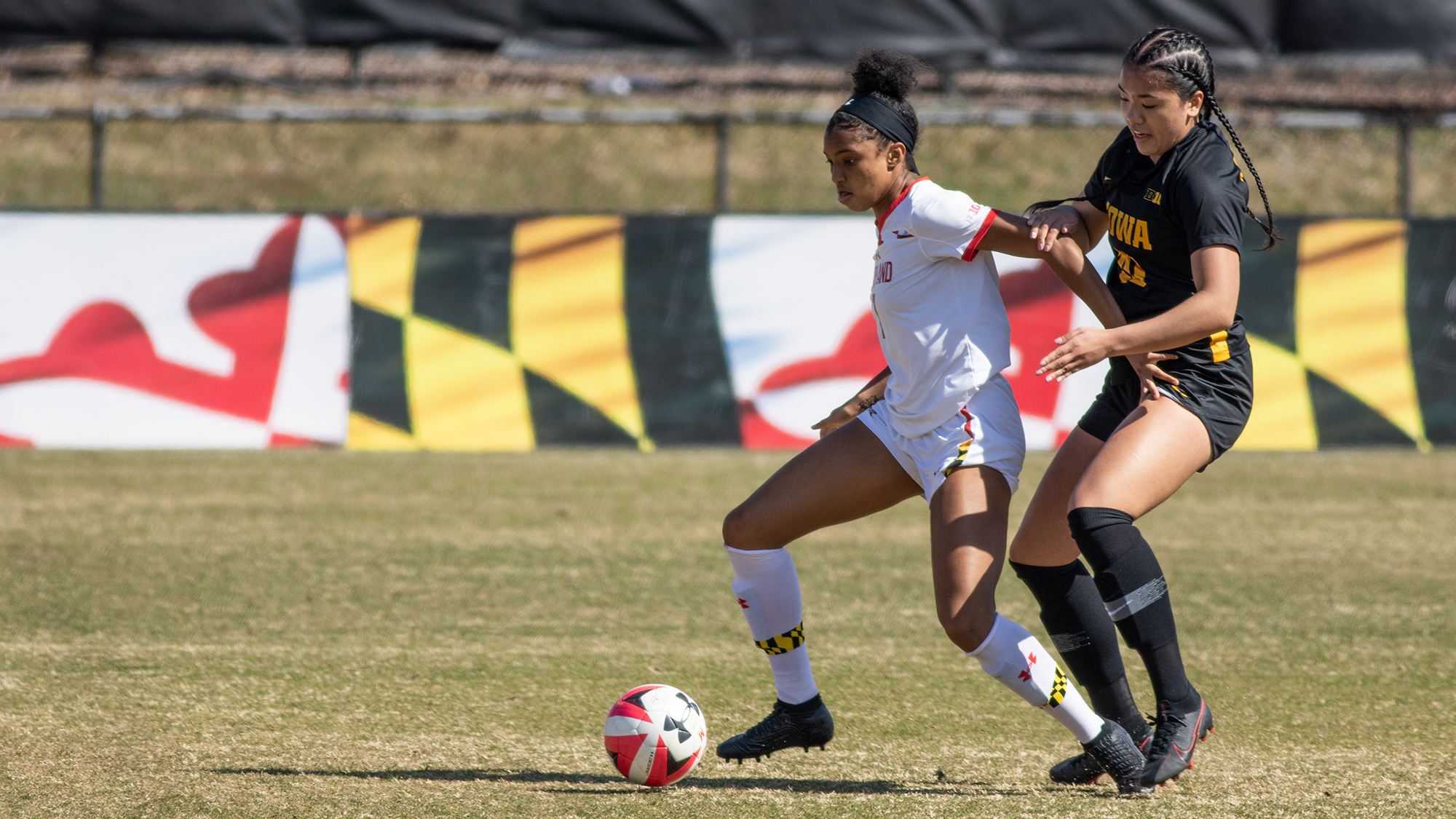 Alyssa Poarch has been ruled out for the remainder of Maryland women’s soccer’s season with a knee injury, according to coach Ray Leone.

The graduate student was able to return from an injury she sustained earlier this season, but went down once again during the Terps’ 1-1 draw with Northwestern on Sept. 26.

“She’s not going to be back, it’s heartbreaking,” Leone said in a call Tuesday. “That’s it for her. It really was a big blow.”

Despite only playing in four matches this season, the forward is tied for the team-high in points, with six points off of two goals and two assists.

After a bright start to the season in which Poarch recorded two goals and an assist through two games, the forward missed seven consecutive games before returning against Nebraska. She provided the assist on Maryland’s only goal against Northwestern before exiting the game.

“It’s heartbreaking for not just our team, but it’s really just for Alyssa,” Leone said. “She worked hard to rehab the one knee, and then all of a sudden just a fluke. No foul, no nothing, just an unlucky [landing], and then hurting the other knee.”

It’s a massive loss for the Terps. Poarch has been a standout player throughout her career at Maryland. The graduate student earned Second Team All-Big Ten and Third Team All-North Region honors in 2019, and has accumulated 14 goals and eight assists in 52 appearances for the Terps.

Maryland will struggle to replace the dynamic forward’s impact on its offense as the Terps head into the latter stages of their Big Ten schedule, still searching for their first conference win.

“I feel for her,” Leone said. “She’s handling it with real grace, still supporting and bringing it — her personality, which is a big personality on our team — to every practice and every game and we appreciate that.”