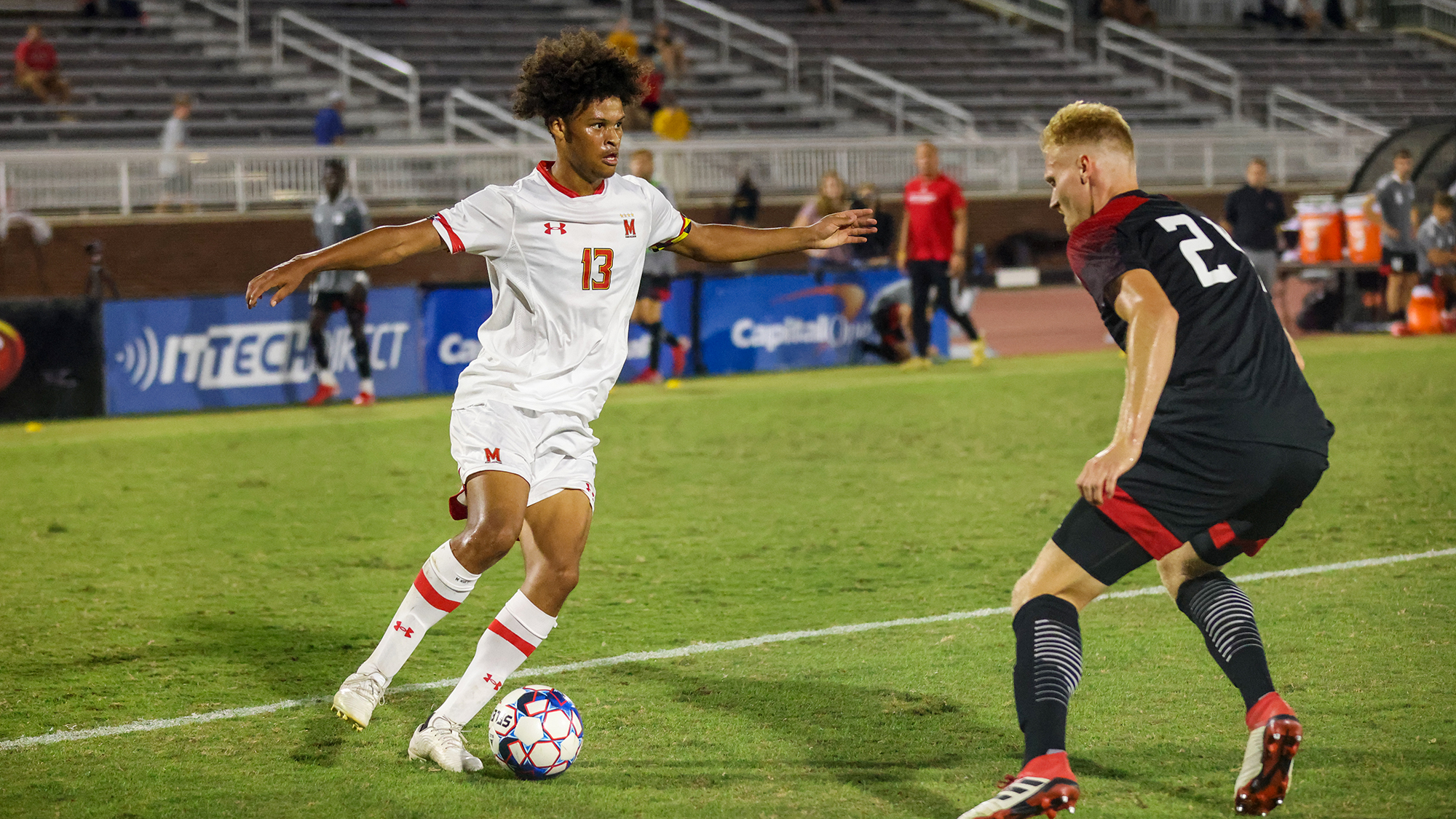 After clashing with Rutgers for 110 minutes, there was not a Terp on the field that wasn’t engrossed in sweat, dirt or disappointment.

Maryland men’s soccer struggled with the Scarlet Knights until the bitter end on Tuesday night, and its offense was blanked. But on the other end of the pitch, coach Sasho Cirovski’s defense held strong, and with a little luck, pulled out the tie on a sluggish night.

While the game didn’t pull the Terps’ record in the right direction, it helped them develop as a team.

“I think it’s part of the development,” Cirovski said. “Both Rutgers and ourselves played a little differently than we did last spring.”

The last time Maryland faced Rutgers, the two teams would’ve tied as well, but the matchup was part of the Big Ten Tournament. The Terps went on to win the game in penalty kicks, as a tie was not an option.

“I think we have a great team and we’re having a great season. I think it’s maybe the first time where I’m  just a little bit disappointed with the overall quality,” Cirovski said. “That’s not a bad place to be when you’re nine games in.”

As Maryland sits atop the Big Ten standings and owns the best overall record in the conference, Cirovski’s message resonates — but that doesn’t mean the Terps don’t have plenty of work to do.

While the defense thrived against Rutgers as it has plenty of times this season, the offense floundered, and finishing plays stood out as a glaring issue on that side of the ball.

Cirovski’s club scores about one goal off every four shots on goal this season, good for a 25 percent conversion rate. The Rutgers matchup was the first time this season Maryland was blanked from the net despite launching more than one shot on goal.

“We had really good chances … we usually always prevail and get a scrappy goal or a really quality goal at some point,” defender Nick Richardson said. “It’s just something that we have to learn from.”

In every other game this season where the Terps have had five or more shots on goal, they are undefeated.

“We just got to start putting some more [chances] away because that’s kind of [the theme] throughout the season that we’ve played great defensively,” goalkeeper Niklas Neumann said. “We could have put other teams, before in previous games, away by scoring more goals.”

For Maryland, domination is expected, and the team knows it will need to dominate to go deep into the NCAA Tournament. But the Rutgers match remains somewhat excusable, considering the Terps were coming off a road matchup with limited rest.

Another challenge comes quick for the Terps as they’ll face Wisconsin this Sunday who bested Rutgers, 2-0. The Badgers started 0-2-2, but they’ve gone 4-0-1 in their last five games.

Against Wisconsin, Maryland will try to get over the hump that keeps them from being a complete team, and the team’s potential breakthrough could be the high point of the season.