As Maryland men’s soccer looks ahead, consistency remains a focus 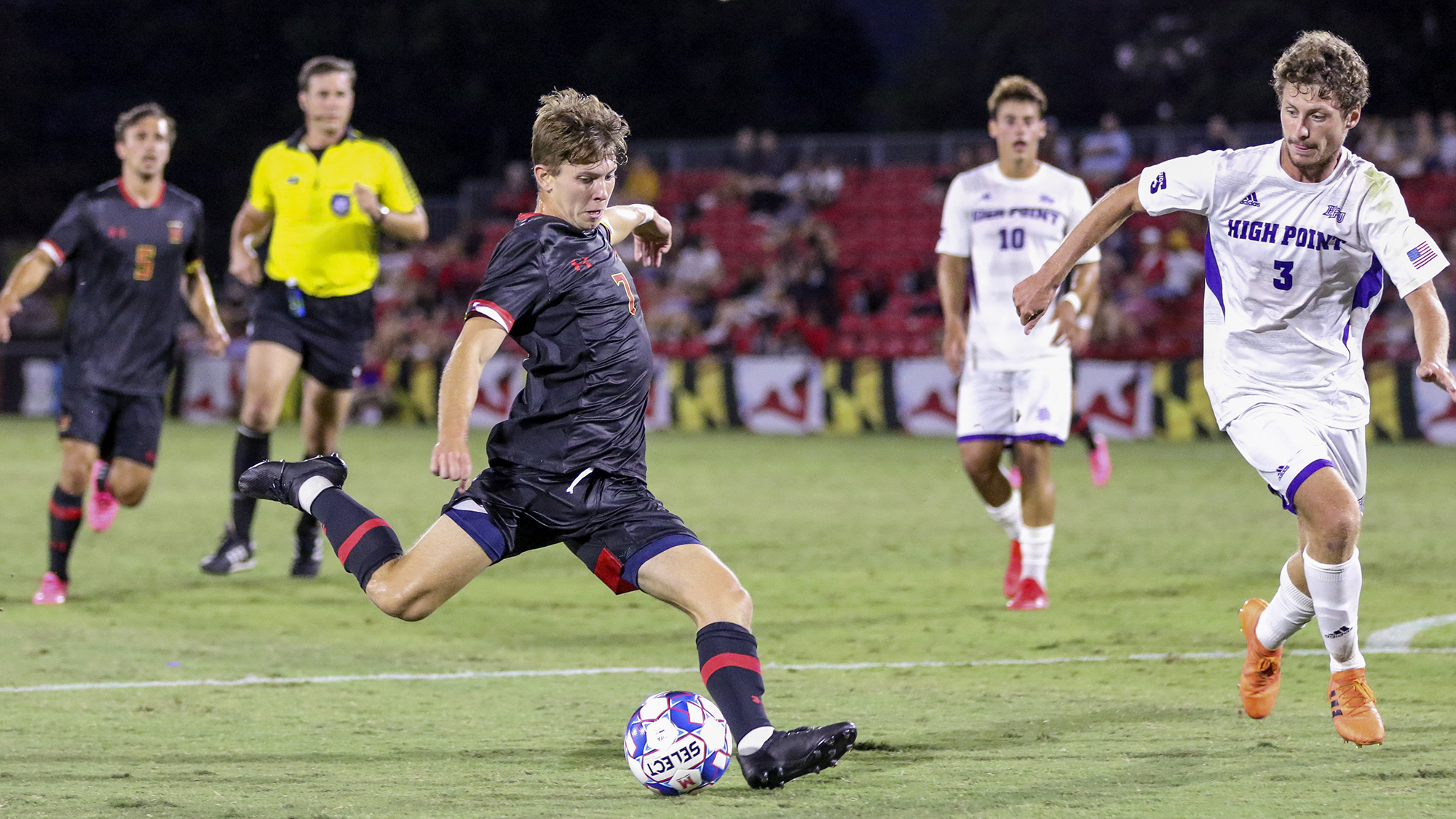 With the ball zipping from one player to another, Maryland men’s soccer probed for gaps in Ohio State’s defense. The Terps methodically infiltrated the Buckeyes’ box time and time again, rocketing shots at the goal.

At the match’s end, coach Sasho Cirovski’s crew had piled up 13 shots, with 10 coming in the first half as they put up one of their best opening-half performances of the season.

“I think that’s the first time I feel like our team was firing on all cylinders, we only had one goal but there was a lot of really good chances,” forward Hunter George said.

But while Maryland cruised early, they faltered as the match drew to a close. They required three second-half saves from goalkeeper Niklas Neumann to escape from a flurry of Ohio State shots amongst decreased offensive production.

The win made the Terps 2-0 in conference play, but a 7-1 start likely has Maryland looking well beyond their performance in conference. That includes avenging their only loss to No. 1-ranked Georgetown and attempting to replicate their previous playoff runs.

According to Cirovski, they still have a ways to go.

“We’re eight games in, we’re just … near the halfway point of the regular season, so I don’t expect us to be clicking on all cylinders yet,” Cirovski said.

The Terps have struggled with misplaced shots and inconsistency on offense in their past two games and, so far, lack a marquee blowout victory. Higher-ranked teams such as No. 3 Washington and No. 1 Georgetown both have victories by three or more goals.

Maryland’s dominance often shows on the score sheet, but it hasn’t always translated. They are tied for 29th in the NCAA in shots on goal per game but tied for 49th in scoring offense.

This inconsistency seems to stand between the Terps and where they need to be come playoff time.

“Our goal is to be clicking on all cylinders come conference tournament time and hopefully NCAA tournament time,” Cirovski said. “I understand that we’re still a work in progress, but we’re getting better.”

And that next step is facing the team with the second-best overall record in the Big Ten: Rutgers.

While reeling from a 2-0 loss to Wisconsin, the 7-1-1 Scarlet Knights present one of the larger challenges Maryland has faced this season. Rutgers has the second-ranked defense in the Big Ten and should provide an interesting test for the inconsistent Terps offense.

Then again, the Badgers exposed that same defense that may have benefited from a soft nonconference schedule including several lower-tier opponents. Cirovski’s squad, featuring goal leader Joshua Bolma, will likely need to address their recent issues to stonewall Rutgers from a win.

And Maryland can benefit from being able to take notes on what a win over the Scarlet Knights looks like.

“Wisconsin is big, strong and good on set pieces,” Rutgers coach Jim McElderry said after their loss against Wisconsin. “We didn’t manage that side of the game, and we got a little impatient as they settled in and defended.”

If anything stands true, it’s that the Terps are tough to play at home with a spotless 5-0 record at Ludwig Field. After seemingly avenging their 2021 spring season home-opening loss to the Buckeyes, the Terps will head back to their home turf on Tuesday, looking for yet another result in an already historic season.