‘No gimmies’: Maryland volleyball is halfway through the most difficult stretch of its schedule 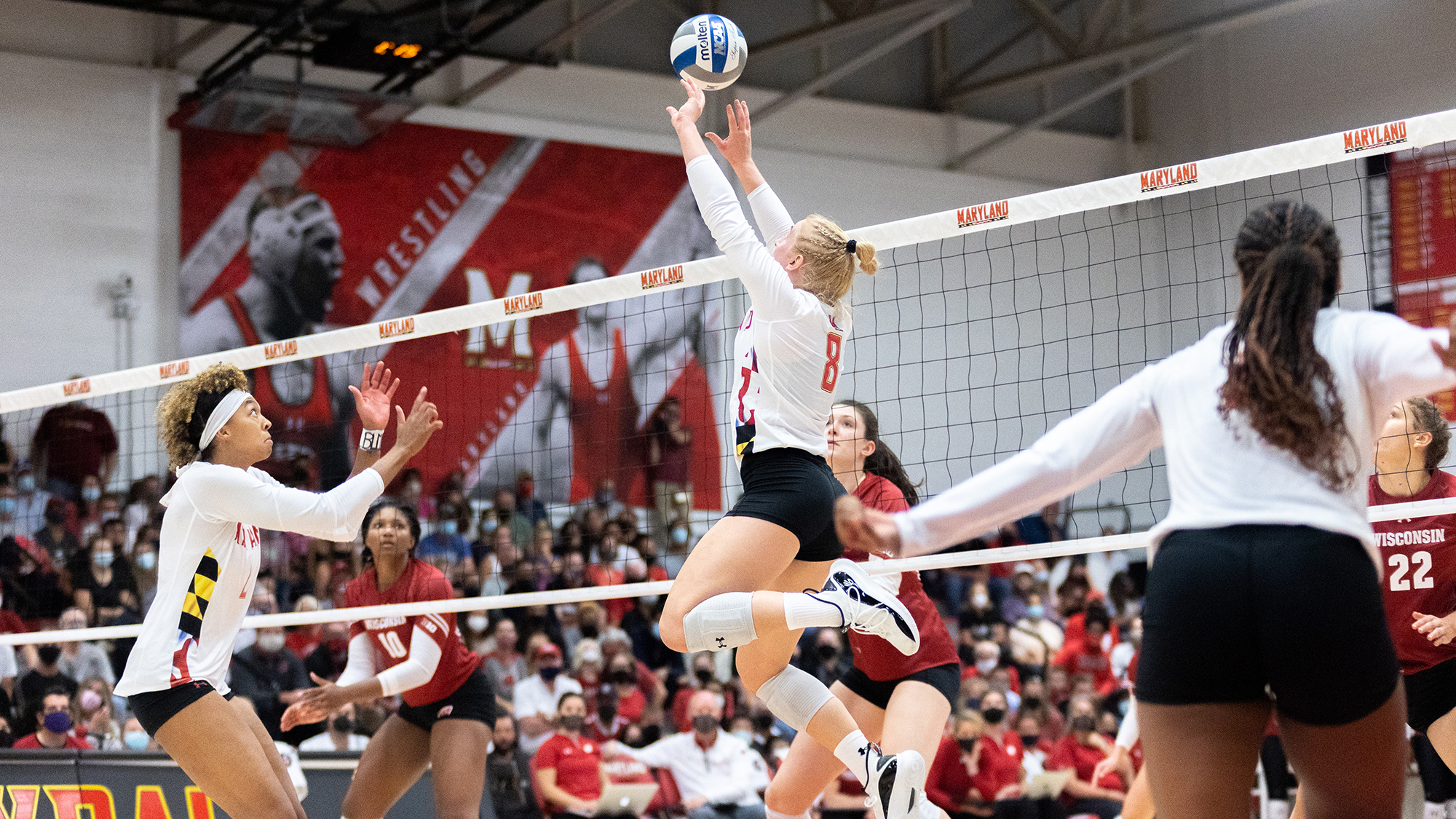 Just hours after its historic defeat of No. 2 Wisconsin Friday, Maryland volleyball was back on the road.

The then-undefeated Terps got on an early morning flight to Minneapolis the morning after the upset. There, the team had just a day to prepare for its afternoon matinee with No. 9 Minnesota, the Terps’ first true road test of the season.

It’s a turnaround that coach Adam Hughes’ squad is still processing as the team’s Big Ten slate gets underway.

“It was really tough, big game against Wisconsin, get back super late, wake up super early to get on the bus, get on a plane, come here, practice, film,” setter Sydney Dowler said. “You’ve got one day in the middle to recover and you’re traveling and you’re not home, it’s a really tough turnaround.”

And the road will only get tougher for the 13-1 Terps.

[Maryland volleyball swept by No. 9 Minnesota for first loss of season, 3-0]

After being swept by the No. 9 Gophers for its first loss of the season, Maryland flew back home to College Park ahead of a battle with Penn State on Wednesday. The Nittany Lions, who recently swept the No. 3 Ohio State Buckeyes for their second consecutive conference victory, are yet another formidable opponent in the Terps’ way early in the season.

“We’ve got no gimmies coming into the first two weeks. I think we’re the only team in the country to start the season with four top 20 teams,” Hughes said.

Following Maryland’s home bout with Penn State Wednesday, the Terps will hit the road again — this time to face the aforementioned Ohio State Buckeyes. Led by coach Jen Flynn Oldenburg, the Buckeyes currently rank atop the Big Ten leaderboards in terms of kills per set.

For a young Maryland squad just getting its feet wet in conference play early in the season, the task ahead may seem daunting. But according to Dowler, the team has kept its focus.

“We take it one game at a time, and I think with all these back-to-back games it’s really important to stay present in the moment,” Dowler said. “Excited to play another big match.”

For the Terps, staying present in the moment means preparing for another Big Ten foe in Penn State. Wednesday’s match against the Nittany Lions signifies not only Maryland’s first of two matches against the squad, but also marks the return of former Terp Erika Pritchard.

Pritchard, who ranks second in Maryland volleyball history in terms of total kills, transferred to Penn State earlier this year following four seasons in College Park. Once a captain for Hughes’ squad, the outside hitter will now look to give the Terps their second consecutive loss following a 13-0 start.

And while Pritchard’s homecoming will be a reunion between former teammates, Hughes is preparing for the Nittany Lions as a whole in hopes of scoring yet another upset win.

“It’s not about individuals, it’s about program versus program,” Hughes said. “[Our team doesn’t] seem to be really interested in those mini-battles.”