The history of Ted Lasso: How an ad character turned into an award-winning show 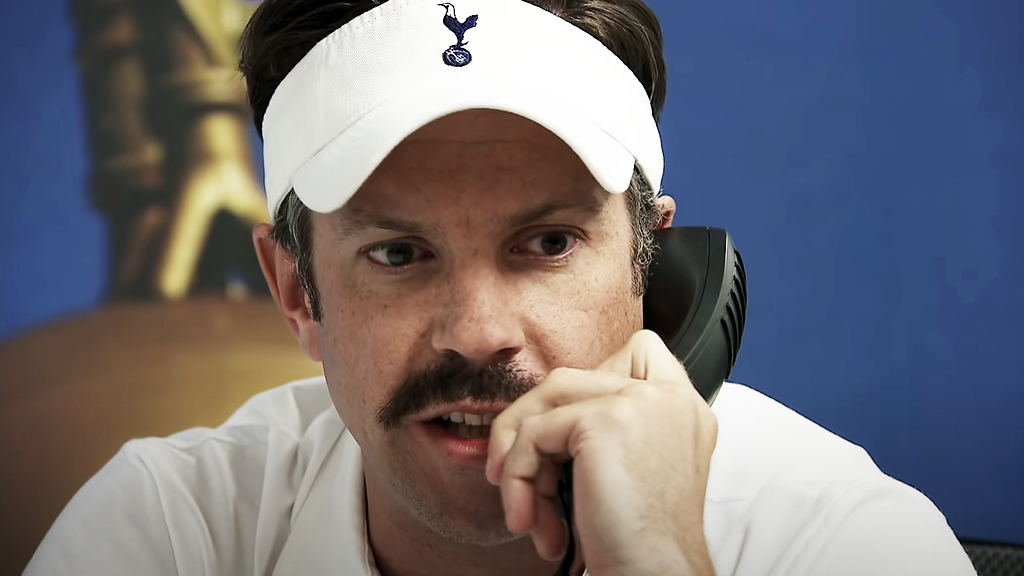 “Be a goldfish.” It’s one of many adages said by Ted Lasso in his signature American drawl, a contradiction to the English setting that the show takes place in. It’s one of the many quirks that resulted in the show taking home four Emmy awards last Sunday.

In just its second season, Ted Lasso has proven to be a fan favorite, garnering Apple TV+’s biggest audience yet, according to Apple. But in true Ted Lasso fashion, the show started from humble beginnings, almost eight years ago.

In 2012, NBC Sports bought the streaming rights to the Premier League, an English soccer league. Although the Premier League is ubiquitous in England, the league didn’t have quite the traction in this country. Network executives soon realized that without proper marketing and promotion, the $250 million streaming deal would likely be a massive flop.

In an effort to infuse some American culture into soccer, they hired Jason Sudeikis for a TV spot where he played Lasso: a distinctly American football coach who was mistakenly hired to coach the Tottenham Hotspurs, an English soccer team in the Premier League.

However, Ted Lasso originated even before the NBC primer spots. Sudeikis actually helped create the character in 2001 while performing comedy with show co-star Brendan Hunt. Sudeikis and Hunt both performed in Amsterdam as part of a comedy troupe, and the two American comedians had to grapple with the huge soccer scene in the city. Their response was Lasso, an American football coach with almost no knowledge of soccer rules.

NBC pitched the idea of a short film featuring Lasso to the Premier League teams, who all rejected it except for one: Tottenham Hotspur. The Spurs were so pleased with the idea that they created a short clip for their own team’s YouTube channel and ultimately, the Spurs and NBC joined to create ad spots featuring Lasso.

The short TV spot was a huge hit with audiences, and Lasso became a cult figure overnight. NBC went as far as to schedule a second season of shorts featuring Lasso, and viewers ate it up.

After a while, however, there was no need for TV spots promoting the Premier League, and the character was retired. Sudeikis didn’t forget the character; instead, he actually held onto the concept and would go on to help create and write the TV show Ted Lasso in 2017 along with Bill Lawrence, the creator of Scrubs.

Almost three years later, the show finally premiered on Apple TV+ on Aug. 14, 2020. The show featured the titular character but added a great deal of depth and nuance to both Lasso and the supporting cast.

[Review: Deathloop has little innovation and lots of repetition]

Rather than being mistakenly hired as a coach of the Tottenham Spurs, the first season featured Lasso being hired as a coach of AFC Richmond to deliberately sabotage the team. The serial initially ran the risk of being a cop-out adaptation of a cult favorite character; but instead, it was crafted with depth and excellent characters, all of whom charmed audiences.

In particular, audiences loved the infectious positivity of Lasso himself, as well as the show’s daring ventures into real-world topics. Joining Sudeikis were Hannah Waddingham from Game of Thrones and Brett Goldstein, a writer for the show who nabbed his role through an informal audition.