Netflix dropped a bunch of film trailers. Here’s what to expect. 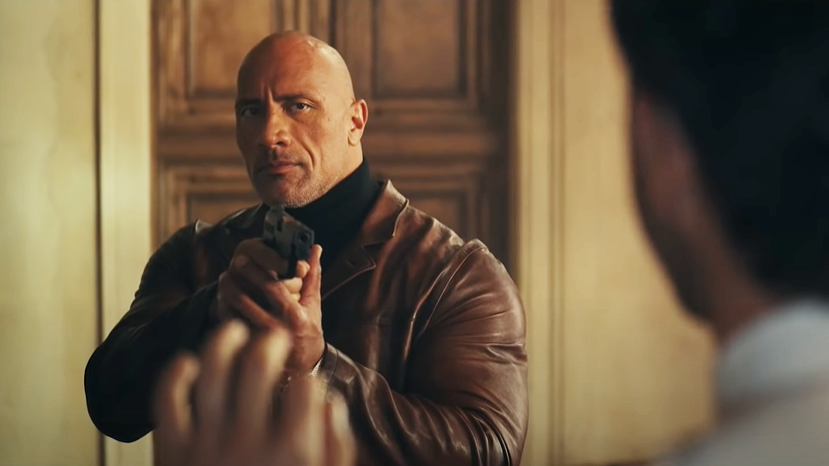 Back in March of 2021, Netflix promised a bold idea: to release one movie a week for the rest of 2021. By the looks of it, they’ve honored that promise. About three weeks ago, Netflix started to drop trailers. A lot of trailers. Movies, shows, documentaries, practically any content possible to make got a trailer, spanning genres all across the board. They weren’t just small indie movies either — these are huge blockbusters with A-list casts, including Leonardo DiCaprio, Meryl Streep, Idris Elba and Dwayne Johnson. With so many options, let’s take a look at some of the movie trailers that stood out.

Leonardo DiCaprio, Jennifer Lawrence, Meryl Streep, Jonah Hill, Ariana Grande and Kid Cudi are just a couple of the cast members starring in this movie. The trailer showcases McKay’s tried and true blend of comedy and real-world issues — which, in this case, appears to be climate change. You can count on excellent performances, sharp and witty dialogue and a heavy dose of satire throughout. Oh, and did I mention that Ariana Grande and Kid Cudi are a couple in the movie? It seems like there will be something for everyone. Don’t Look Up premieres Dec. 24 in theaters and on Netflix.

The Guilty, directed by Antoine Fuqua

If this crime thriller is just Jake Gyllenhaal in front of a computer looking serious, it’ll probably get a 4/5 from me. But on top of Gyllenhaal’s distinguished acting record, it brings a unique angle to the crime genre, with him portraying a 911 operator who has to find and help a kidnapped woman. Coming from the director of Training Day and the writer of True Detective, the film is sure to be an edge-of-your-seat ride until the very end, set with twists and turns for every crime fan. The Guilty premieres on Netflix and in theaters on Oct. 1.

I have a confession to make: I don’t really like movies with Dwayne Johnson. But throw in Ryan Reynolds and Gal Gadot? Now, I’m interested. Red Notice is an espionage action flick that looks like a blend of Mission Impossible and The Fast and the Furious, so I’m expecting some silly action sequences and cheesy moments. The trailer looks a little cliche, but add in that cast and I’m sure it’ll be an entertaining ride. A Dwayne Johnson and Ryan Reynolds buddy spy movie has to be a good time. Red Notice premieres on Netflix on Nov. 12.

There’s Someone Inside Your House, directed by Patrick Kack-Brice

What can I say: I’m a sucker for synths and neon. This flick straps both onto a horror mystery where a masked killer hunts students while wearing a mask of their faces. But instead of following a victim, the movie follows a girl with other secrets hidden up her sleeve. Is she the killer? Or are there more than one? I especially love how not fazed the main protagonist is. I already can’t wait to find out what her secret is and how the story develops. There’s Someone Inside Your House premieres on Netflix on Oct. 6.

There’s Someone Inside Your House | Official Trailer | Netflix

[Stream now: The music that got UMD students through quarantine]

Based on the book of the same name by Samanta Schweblin, Fever Dream is a Spanish mystery-thriller that follows a lady who meets a mysterious woman and her son. But is he really her son? The movie poses questions but answers none, and looks to be packed with twists and turns that will have viewers shocked. Peruvian filmmaker Claudia Llosa, who previously earned an Academy Award nomination for the film The Milk of Sorrow, directed the film. Fever Dream premieres on Netflix and in select theaters on Oct. 13.

This Dutch action thriller features a famous pop star who is robbed and humiliated in front of his online following. The film looks to cover topics such as ego and social pressures, all packaged in a nail-biting drama topped off with great performances. The Northern Europe movie scene has always been filled with sleeper hits, and this movie looks to bring one into the spotlight. Forever Rich debuts on Netflix on Oct. 1.