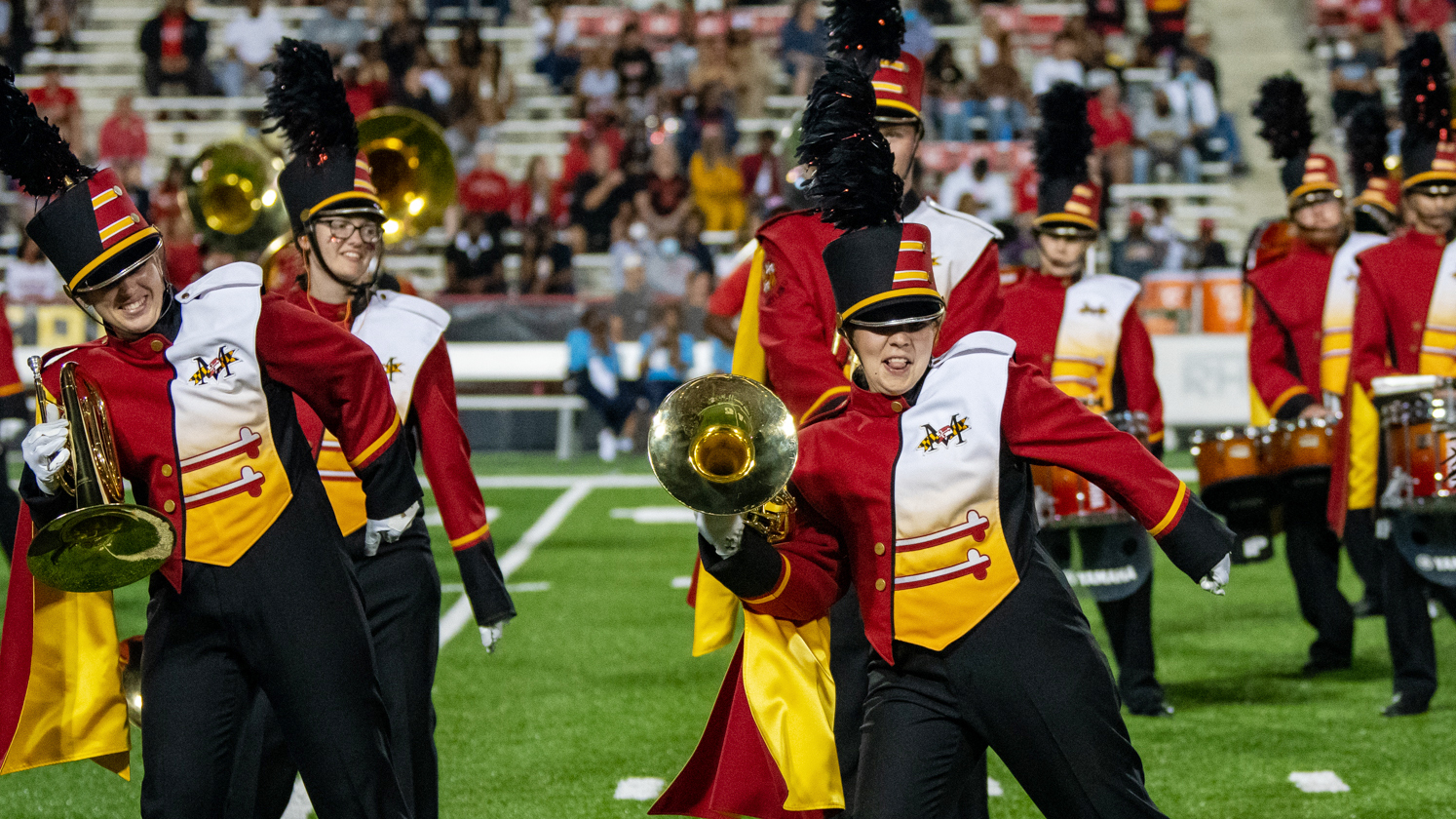 Just feet away from the Lions’ server, a sea of red T-shirts equipped with a bevy of instruments led a chorus of jeers in hopes of throwing Pan off of her game. The raucous Maryland band’s tactic succeeded, and Pan’s late serve attempt clipped the middle of the net and rolled foul.

Pan’s costly service error proved fatal for the Lions and clinched a 3-0 victory for Maryland volleyball, giving the Terps a 12-0 record for the first time in 16 years.

For coach Adam Hughes, the presence of Maryland’s deafening marching band behind Columbia’s service line helped seal a victory over the visiting Lions.

“I’m going to give them the credit for the win,” Hughes said of the band. “If that last serve is not making the net and they’re all screaming, I’ll take it.”

Following a season in which Maryland’s marching band was barred from playing at the Pavilion due to COVID-19 restrictions, Maryland volleyball has relished the return of the band’s high-energy music to its matches.

Setter Sydney Dowler, who entered the season without the experience of playing with fans or the band in attendance, has fed off of the band’s liveliness early in the season.

“We love the band,” Dowler said. “When they come here, we always get so happy. I feel like they bring so much energy, and they get so into it, it’s so fun.”

The feeling is mutual for some of the band’s performers.

Sophomore mellophone player Hannah Marszalek had never performed in front of the Pavilion crowd until Friday when the band came to the Terps’ evening showdown with Akron.

“It was really cool, I liked being there,” Marszalek said. “It was definitely a different vibe than just a normal marching band for football … It was also just nice to be able to watch a different sport, like volleyball is so fun to watch, it’s so fast-paced and everything, so I had a good time.”

For Marszalek, the Pavilion’s atmosphere made the band’s presence even more apparent throughout the match.

“I think a lot of the songs that we play are all high energy and upbeat, and even with a small group of us we can produce a pretty big sound,” Marszalek said. “In such a small room, there’s nowhere for the sound to go, so even with less of us it’s just so much louder.”

Following the Terps’ wins on Friday and Saturday, Hughes’ squad quickly jogged over to greet the band and perform Maryland’s storied victory song.

Swaying to the band’s melody, the Terps linked arms and sang, showing a bond between the musicians and athletes that the team missed out on last season.

A bond that came to Hughes’ delight.

“The locker room was very thrilled because we’ve been working on the alma mater, the victory song, for a long time, so as soon as we got the win, they immediately went over to them, we didn’t even have to talk about it, they wanted to go celebrate with them,” Hughes said. “We’re hoping that turns into a tradition, we want to be a part of that.”