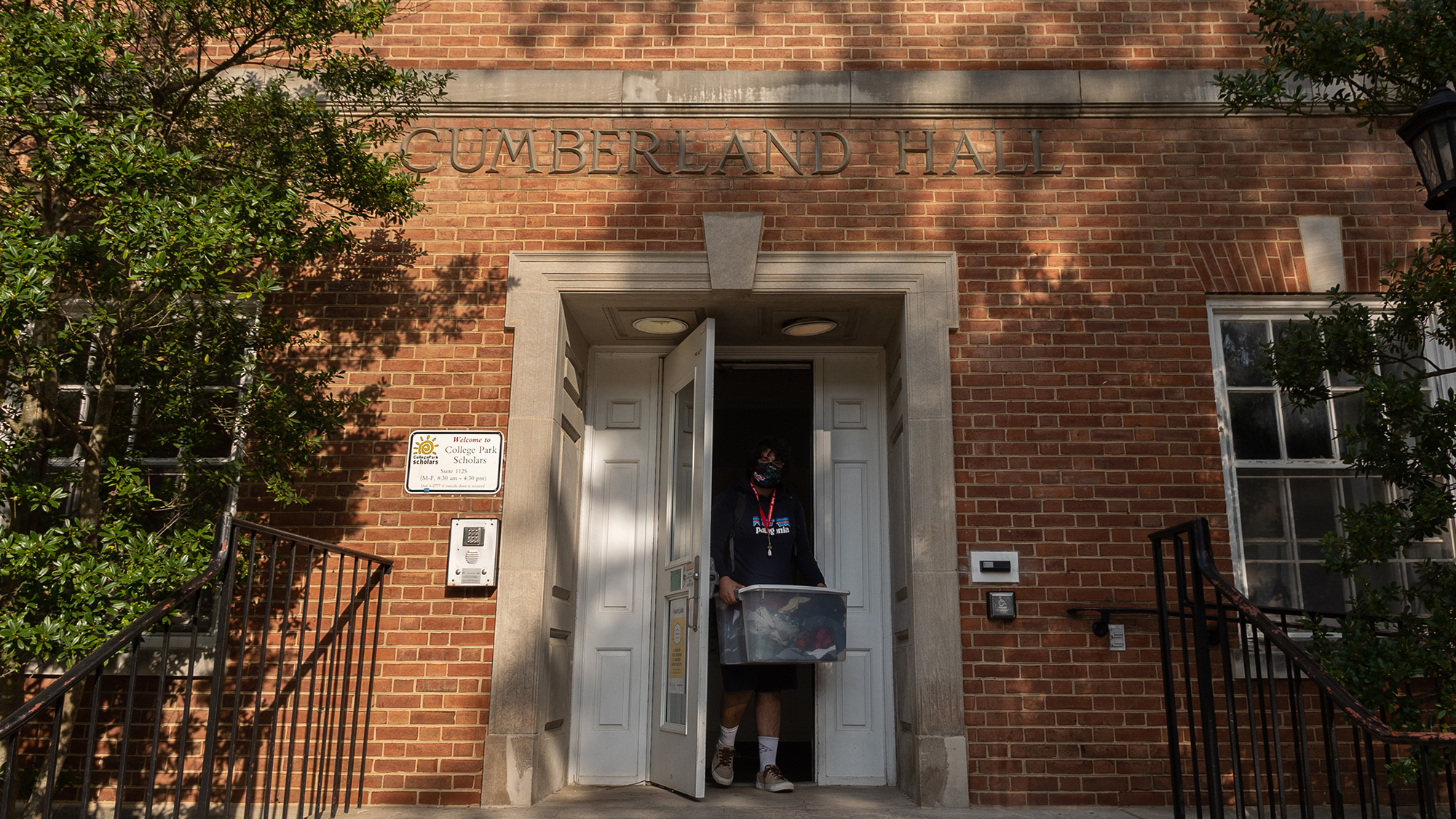 Residents of at least four floors of Cumberland Hall at the University of Maryland have been notified this week that they are required to receive COVID-19 testing, according to emails obtained by The Diamondback.

There are eight floors total in Cumberland Hall, and the dorm can house close to 489 residents, according to the Department of Resident Life.

In a statement, the university said it has also identified clusters of positive cases — defined as three cases within a floor —  in “several” dorms, including Ellicott and Centreville halls.

“[When] the University identifies an emerging cluster of cases within a residence hall community, we provide specific public health guidance, including but not limited to the requirement for targeted COVID-19 testing, for populations that could be directly affected,” the statement read.

Residents of the affected floors in Cumberland were initially notified through an email from health center director Spyridon Marinopoulos and Resident life director Valronica Scales.

The university outlined the public health guidance for fully vaccinated residents in messages to Cumberland Hall floors. The residents can attend classes while masked but must limit other social activities as much as possible.

Matthew Parker, a resident of a Cumberland Hall floor who tested positive for COVID-19 earlier this week, said he thinks the mandatory testing was a good idea to know how widespread a floor outbreak is. But he took issue with some of the guidance in the email.

“I understand it in a sense because they don’t want people to sacrifice their academic time,” the freshman government and politics major said. “But I also think it’s kind of naive that you would think that a bunch of college students who haven’t been able to do anything for the past year and a half show up to college, strictly go to class, and that’s all they do.”

Some residents of the affected floors were instructed to get tested on Thursday at Maryland Stadium.

Residents who observe Yom Kippur were instructed to reach out to a Resident Life email address for alternative arrangements.

“I wish that they would make that more available so that the kids who do have to have required testing can go to their required testing as soon as possible and not feel like they need to miss class,” said Brynne Murphy, a freshman management major and a Cumberland resident who tested positive earlier this week.

Failure to attend the mandatory testing times could lead to a referral to the Office of Rights and Responsibilities.

The results of the mandatory testing will not be publicly available on the university’s dashboard until next Monday since the dashboard is updated weekly.

Marco Di Pietro is a resident on one of the Cumberland Hall floors. He received an email from the university on Wednesday afternoon about the mandatory testing. He immediately canceled plans he had scheduled and alerted his friends on campus, he said.

“I’m really just worried that I feel like I just got here, and it’s a little stressful knowing that maybe I might have been too lax, maybe something went wrong,” the sophomore government and politics major said.

But she said the mandatory testing should go beyond people on floors with outbreaks.

“We should get mandatory tests at least once a week or something because COVID cases are actually rising,” the freshman hearing and speech sciences major said. “It can’t hurt you if you get a test.”