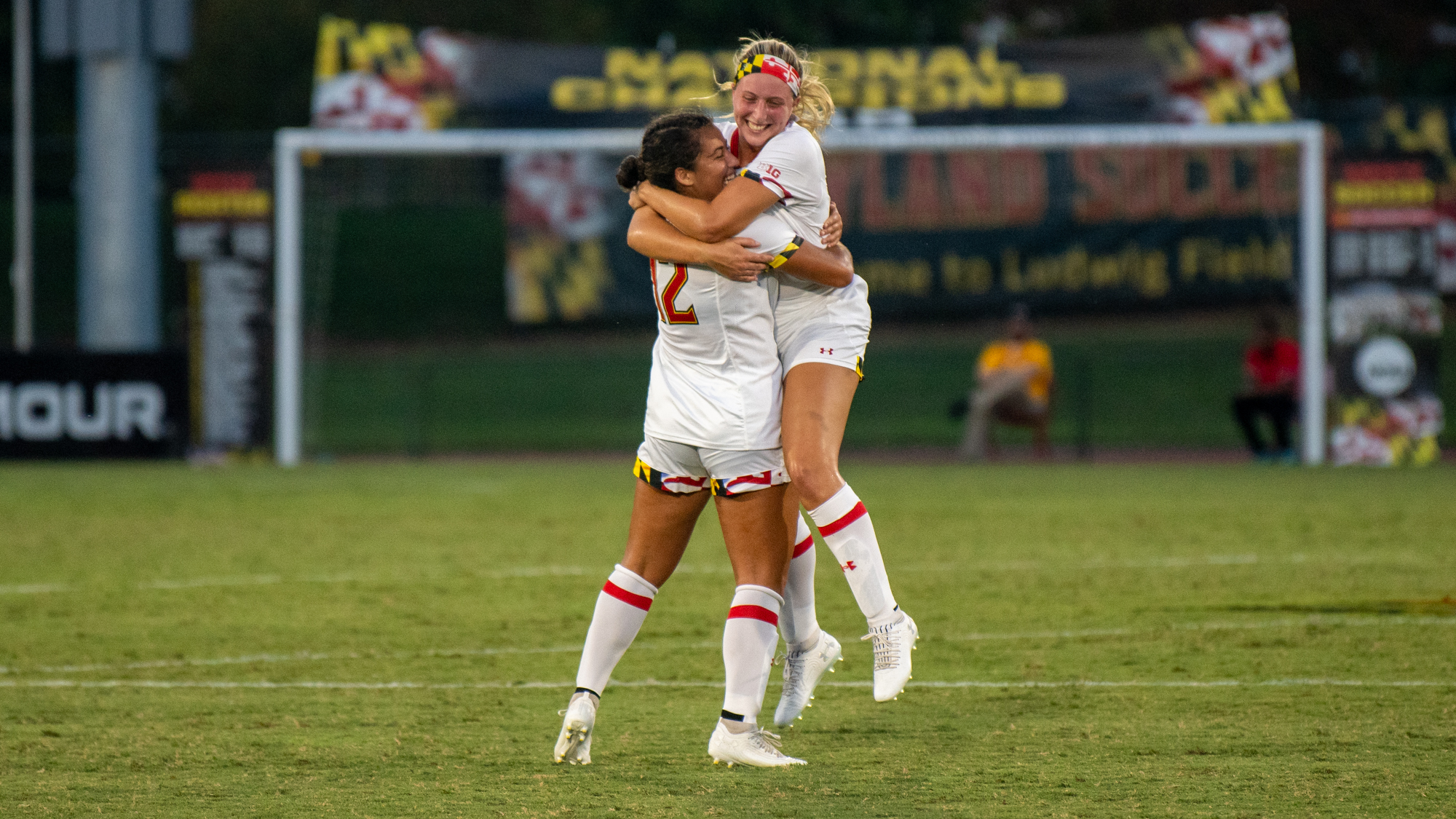 Mori Sokoloff placed the ball down after Maryland women’s soccer earned a free kick just inside their attacking half of the field.

Penn’s goalkeeper misjudged her service as it flew into the box, and could only get a hand to it as it sailed over her head and into the back of the net.

It was the freshman’s first career goal as a Terp, and would be enough for coach Ray Leone’s squad to see out its second straight draw in another strong defensive performance, but a lackluster day on the attacking end.

“We’ve got to get back to playing smarter in the final third,” Leone said. “We are creating a lot of chances but we’re not making it count, so we need to fix that.”

Penn took the lead early in the third minute. Janae Stewart turned and hit a shot from outside the box that hit the post, but the rebound fell at the feet of Abbey Duncan, who took a touch before placing the ball into the back of the net.

Madison Oracion had a great chance to tie it up for Maryland in the 15th minute. After a poor backpass from a defender, Penn goalkeeper Laurence Gladu had her clearance blocked by Kori Locksley, and the ball fell back to Oracion. She was able to control the ball with her first touch, but the shot that followed went just wide.

The Terps would tie it up just two minutes later. After Olivia Hicks won a free kick just inside midfield, Gladu misjudged Mori Sokoloff’s service and could only get a hand to the ball as it flew over her head and into the net. Leone was satisfied with Sokoloff’s performance in her first start.

“She did really well,” Leone said. “She’s still learning, she’s young, but we know she’s going to give everything she has.”

Maryland was on the front foot after scoring, but weren’t able to capitalize as Penn grew back into the game before halftime. The teams went into the break tied, both scoring with one of their two shots on target.

The Quakers carried their late momentum into the second half, asking all the questions of Maryland’s defense.

However, that defense, including junior goalkeeper Madeline Smith, was able to hold strong. Smith made her debut for the Terps after coming in at halftime, replacing goalkeeper Liz Brucia. The Omaha transfer impressed, making four saves in the second half and forcing the game into overtime.

Leone planned to put Smith in at halftime after she missed the beginning of the season with an injury, and was happy with the junior’s performance.

“She’s finally been cleared so we’re running out of time before we play in the Big Ten,” Leone said. “To go in and not play a minute and just jump in there with a brand new backline, it was a really sharp performance.”

Maryland came close to finding its golden goal in the first overtime. Locksley sprinted past a defender to receive a long pass from Loren Sefcik, and beat another defender before her shot came inches away from beating Gladu, but it hit the post, continuing the matchup.

Penn had its own chance to  find the winner with just a minute left after Stewart’s deflected cross almost beat Smith, but the ball came off the crossbar and went out of play. The game finished in a 1-1 draw, with the Terps tying their second straight game.

After conceding early, the Terps put in another good defensive performance, shutting the Quakers out for the remaining 107 minutes. This was despite defender Adalee Broadbent being forced off with an injury early on in the game. Hicks was excited with how the defense responded to that.

“We did what we needed to do,” Hicks said. “I think everybody stepped up in their position and did their job when Adalee went down.”