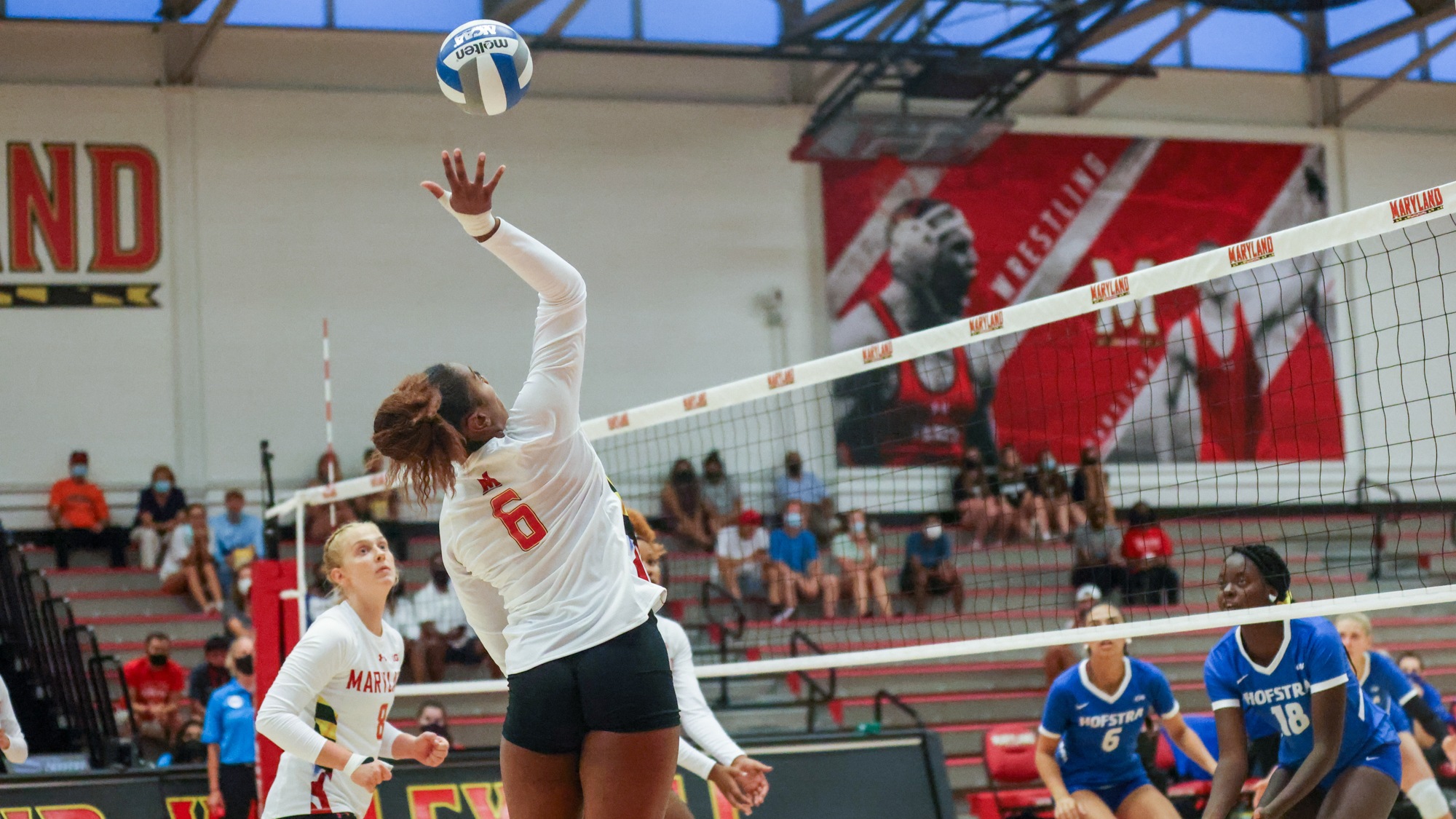 Maryland volleyball left last week’s Cherry and White Challenge unscathed, going 3-0 in Philadelphia and bringing a 6-0 record back home to College Park for the first time since 2017.

The Terps, who defeated both Iona and LIU-Brooklyn in straight sets last week, strung together multiple strong defensive performances on the road in Philadelphia to remain perfect on the young season.

“I love this team, and the energy is great,” middle blocker Cara Lewis said of the Terps’ strong start. “We’re just working hard every day in the gym and just trying to get better and ready for the Big Ten play.”

For Lewis, defense has quickly become one of the Terps’ strong suits as they prepare for a grueling Big Ten slate.

“I know our defense is amazing when it comes to blocking and digging, especially with Milan [Gomillion] in the back row,” Lewis said. “I feel like defense is our best strength as of now.”

Lewis and the Terps will look to continue their defensive dominance this weekend in the Charm City Challenge, a two-day tournament in Baltimore.

Maryland will take on both Howard and Quinnipiac on Friday before a Saturday afternoon showdown with UMBC to close out the Terps’ third tournament of the season.

For coach Adam Hughes, preparing his squad for their match against a tough Howard team will be at the top of his to-do list.

“Can’t look past Howard, that’s the first thing,” Hughes said. “Obviously [Howard’s] one of the more physical teams we’ll play in our preseason.”

The Bison, who made the NCAA Tournament in 2019, boast a bevy of offensive options to counter Maryland’s touted defense. Freshman outside hitter Bria Woodard leads Howard with 58 kills so far in the season, while her sister Cimone has chipped in 44 spikes of her own.

And while Howard has dropped its last four contests after starting 2-0, Hughes isn’t underestimating the Bison’s potential.

“They’ve recruited really, really well in the last couple of years,” Hughes said. “For us, we know we have to just keep our eyes right now on Howard right now and make sure we’re well-prepared for that.”

Despite the immense workload of a bustling preseason, Lewis is confident in the poise she’s seen from her squad early in the year.

“After [last] weekend, we showed that sometimes even if we fall behind we can come back, and that is a great strength to have as a team, especially in the Big Ten,” Lewis said. “I believe if we’re down and we always keep pushing and fighting, that is a good component for … wins in the future.”