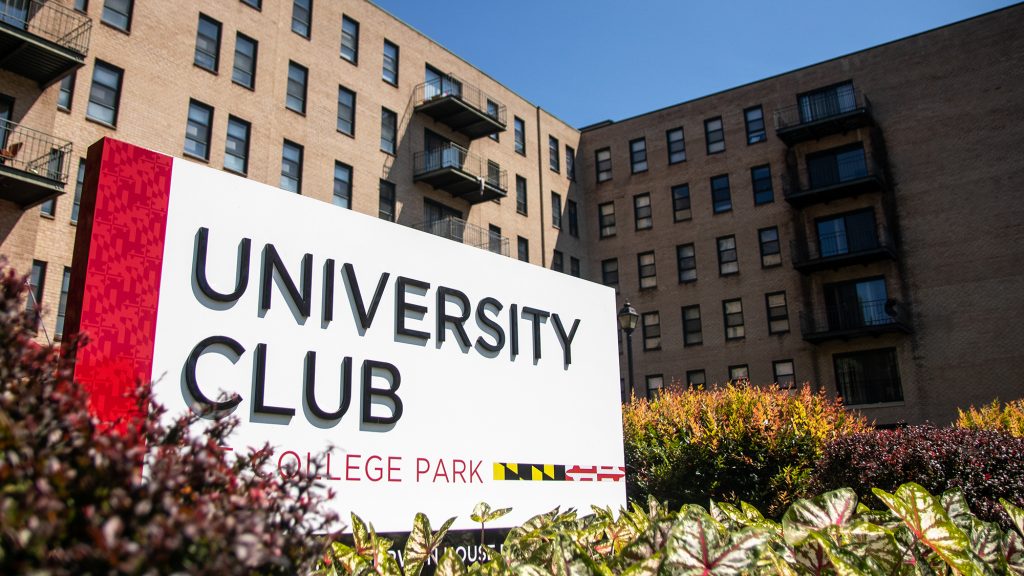 University Club, an off-campus housing option for University of Maryland students, has come under fire in recent weeks as residents allege the apartment complex is riddled with unsanitary conditions and poor unit maintenance.

The complex, just off of Route 1 and at walking distance from the university, is composed of 136 units. Compared to other apartment buildings in the area, University Club presents itself as a low-cost housing option to students with units ranging from $609 to $1,218 a month.

And while University Club’s relatively affordable housing options attract students, it can also come at a cost.

As students began moving back into College Park prior to the start of the fall semester, new residents and students began to take note and speak out against the living conditions, maintenance and communication from the building managers.

But some residents have yet to see improvements in the condition or upkeep of their spaces.

When reached by The Diamondback, a representative from the apartment complex’s leasing office declined to comment.

Prior to the start of the semester, a Reddit user aired frustrations about the complex on this university’s subreddit, alleging that their unit — which was shared with three other students — was missing beds, had no hot water, had stained carpets and broken closets. Other students shared similar experiences under the post.

“It’s comparatively cheaper than even living on campus, so I just kind of thought, ‘Alright, it can’t be that bad,’” Giddings said.

At first, he didn’t have issues at all. When he first moved in, he had a better impression of the apartment than when he had toured it a few months back. The senior sociology major said “everything seemed more or less fine.”

Giddings came to the university as a transfer student. He felt rushed and wanted something cheaper off campus, so he quickly decided to lease at University Club, he said.

While Giddings feels indifferent about the building, he noted that one of his past roommates moved out because “he just couldn’t stand the conditions.”

Rimike Daramola, a sophomore kinesiology major, has also experienced problems with her apartment since moving in last week. She said she was desperate for a place to live and decided to move in due to how close the complex is to the campus and a shopping center.

Despite the convenience of the apartment’s location, she hasn’t been able to take a normal shower since moving in, she said.

“The shower doesn’t work at all,” Daramola said. “It’s like sprouting out one end and then it’s also sprouting out another end, and the water pressure in the shower is very low.”

Parhum Ghassemi, a senior environmental science and policy major, experienced issues with cleanliness upon moving in.

“It was dirty, and the floor wasn’t vacuumed at all,” Ghassemi said. “It looked like they also did some painting or something, there were a bunch of paint chips in the bathtub and everything.”

Similarly, Alanah Claybaugh’s experience at University Club has been difficult since day one, she said. The clinical psychology graduate student moved into her unit last week and decided on the complex because it’s listed on the university’s off-campus housing database, she said.

“I just assumed if it was on the list, it was probably fine,” she said. “But it’s not.”

The day she moved in, she noticed her unit was not cleaned prior to her arrival, with mold in the shower. The unit was also supposed to come pre-furnished, but that furniture was destroyed, and a window was broken.

After notifying the management team about the conditions of her unit, a maintenance worker entered Claybaugh’s apartment. Claybaugh felt she wasn’t treated professionally.

“They were really rude to me, and they sent maintenance up and they’re like, ‘That’s not mold, that’s just dirt,’” Claybaugh added. “I was pretty pissed … it was very condescending.”

The management team also hasn’t been very responsive to her other requests, she said, including her still-broken window and her need for new furniture covers. And this past week, the water has been shut off every few days for a couple of hours without any notice, she added.

The management team also told Claybaugh they would fix inconsistent water circulation and let her know if they need to turn it off again.

“I still haven’t gotten anything from them saying that, like why they’re doing that or when,” she said.

For Claybaugh, living at University Club has been “one thing after another.” Her maintenance requests and list of other issues have yet to be addressed, she said.

Claybaugh also noted she’s dealing with unrelenting pests throughout her home and still was not able to get management to address the infestation.

“Bugs, cockroaches and ants … they were there whenever I moved in,” Claybaugh said. “[Management says] that pest control comes — I haven’t seen them come. I’ve asked them to spray my room, so we’ll see if that happens.”