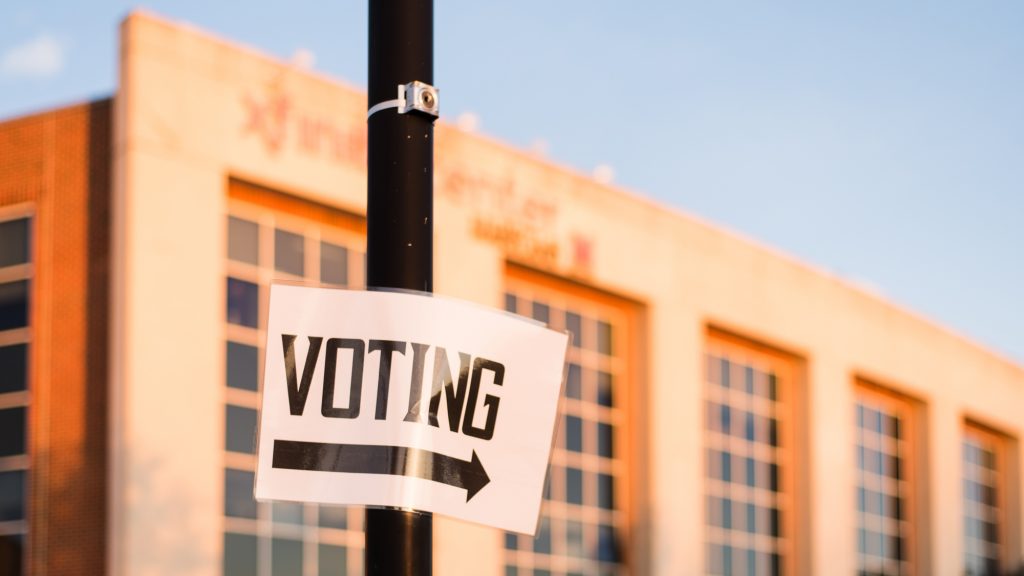 A sign directs voters to the polling place at the Xfinity Center on Nov. 3, 2020. (Gabby Baniqued/The Diamondback)

The University of Maryland is bringing together students, researchers and outside organizations for one of the nation’s first studies on the impacts of lowering the voting age to 16, the university announced last week.

The Vote 16 Network will be led by the public policy school’s Civic Innovation Center, the education college and the behavioral and social sciences college’s Center for Democracy and Civic Engagement.

The analysis will explore questions such as whether lowering the voting age to 16 would increase voter participation in subsequent elections and whether it would promote political engagement among younger people.

Paul Brown, the director of the Civic Innovation Center, said the researchers are currently focused on gathering data.

Brandon Klugman is the associate director of campaigns at Generation Citizen, an organization part of the Vote 16 Network that seeks to increase political participation among young people.

“When this opportunity came up to be part of this study and research network with our partners at UMD — it was really a perfect opportunity,” Klugman said.

The study will also analyze how to best educate and provide resources to young voters, said Lena Scott, a senior faculty specialist in the education college.

She added that “we can’t expect young people to become civically engaged members of their community unless we give them practice and opportunities.”

The research will also test the theory that the younger a person can register to vote, the more likely they will continue voting in the future.

“Voting at 16, when you’re surrounded by that environment, can make it much more likely that individuals do vote the first time they’re eligible and do establish the habit,” Klugman said.

Some cities in Maryland have already lowered the age for municipal elections. In 2017, Kiran McCabe, now a junior at American University, voted in the Takoma Park mayoral and city council election at age 16.

“The fact that Takoma Park allowed me to vote as a 16-year-old was kind of that recognition that as a young person, I have value to add to my community, and I’m able to contribute in this way to things that I know are impacting me on a day-to-day basis,” she said.

Because of that experience, McCabe said she became more politically involved and was elected chair of the Takoma Park Youth Council during her junior and senior year of high school.

“This was really my first time engaging in much more of a local manner, and now has actually made me a lot more interested generally in local politics,” she said.

[Route 1 construction to last 2 more years, with some set to finish this fall]

The network will also take into account those who are skeptical about lowering the voting age, citing immaturity or inexperience as reasons young teenagers should not have the power to vote, Brown mentioned.

A 2019 poll from Hill-HarrisX found that 84 percent of registered voters were opposed to lowering the voting age to 16.

“We don’t want this to be a one-way dialogue,” Brown said. “If there are people who have some concerns about how this might be implemented, tell us what you’re thinking.” 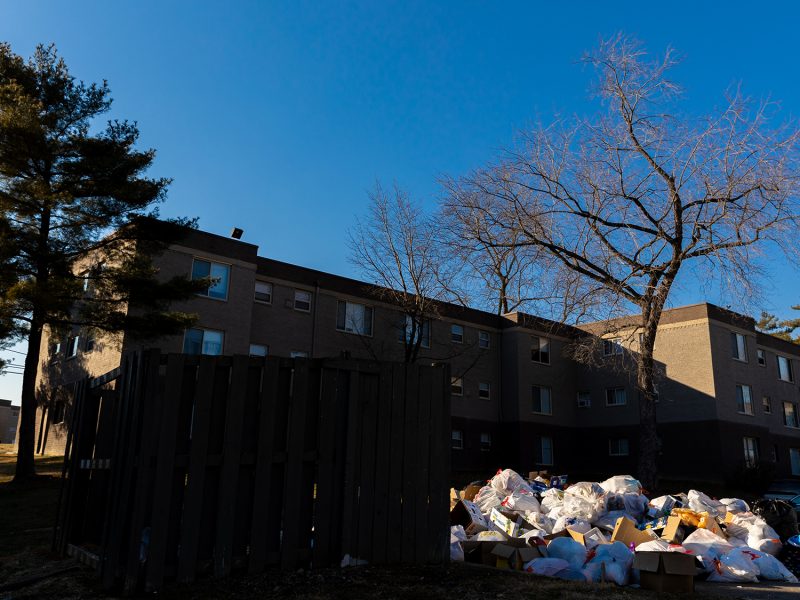