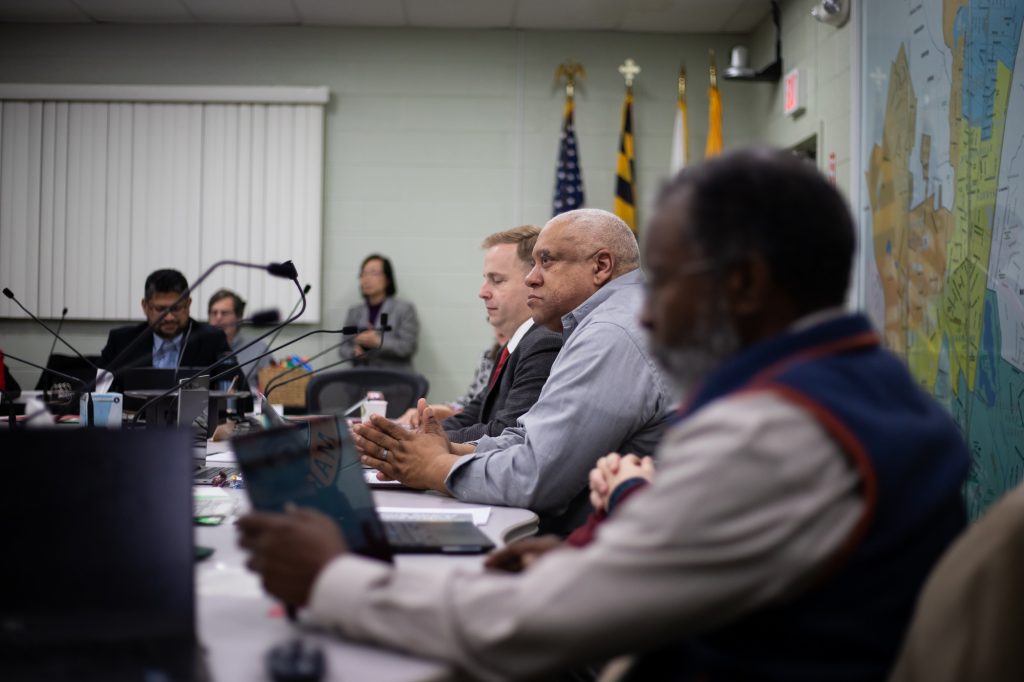 Over the summer, the council worked to determine how to allocate COVID-19 relief funding, address restorative justice and preserve city trees, among other initiatives. Here’s what you might have missed.

To begin to recover from economic fallout caused by the coronavirus pandemic, the city of College Park received this summer a total of $27 million from the American Rescue Plan, a pandemic relief fund initiated by President Joe Biden in March. During the summer months, city officials discussed how these funds can be used to help local nonprofits and businesses that suffered as a result of the pandemic.

The first half of the funding has been received by officials, and the second allocation will be available to the city in 2022.

District 3 council member John Rigg said the funding has the potential to be used to restart programs that were cut from College Park’s budget, which is about $18-20 million annually. Programs that were scratched included youth, family and senior services and grants that the city council typically awards to community groups.

Other options for the funding include investing in affordable housing in College Park or creating infrastructure like broadband accessibility or emergency preparedness systems.

“It’s probably a once-in-a-generation opportunity to really leverage some funding to change our city’s posture and ability to respond to emergencies, and to make both our city’s infrastructure and our residents more resilient to future emergencies,” Rigg said.

Mayor Patrick Wojahn said the council has continued to prioritize addressing local issues of racial inequity. A restorative justice steering committee was approved by the College Park City Council in February, a group with a goal of creating a Restorative Justice Commission.

The steering committee will make recommendations for the commission’s size, timeline and goals by the end of 2021 to reduce the damage done by urban renewal to the Lakeland community in College Park. About two-thirds of the historically Black neighborhood was displaced in the 1970s.

“It’s a stain on the history of the city of College Park,” Wojahn said. “For us to be equitable as a city, which is a huge priority … we need to start with addressing our past and addressing the things in our past that have led to continuing inequities.”

Another project the College Park City Council has focused on is a tree ordinance, which aims to reduce tree canopy loss in the city. This would encourage the planting of new trees and protect the existing canopy.

A tree canopy assessment presented to the council in April 2019 found that College Park has experienced tree canopy loss, primarily on residentially zoned land. The ordinance, according to District 1 council member Kate Kennedy, will reduce environmental issues, like climate change, that come with tree loss.

“We are sort of hitting the end of the natural life of a good majority of the trees in our city,” Kennedy said. “If we’re not deliberate about making sure that we continue to replace them, we’re going to lose the trees.”

Council members are preparing for a city election, which will be held Sunday, Nov. 7. In-person voting will be open at the College Park Community Center and all registered voters will receive applications for absentee ballots in September if they’d prefer to mail in their ballot. The deadline to register to vote is Oct. 10.

Wojahn encouraged students to vote in the local election.

Council members are in the final stages of interviewing candidates to fill a city manager position. Natasha Hampton was scheduled to begin the position on June 1, but the city terminated her employment three days before.

“I actually think it’s one of, if not the most important thing I will do as a city council member is making sure we have a strong city manager,” Kennedy said.