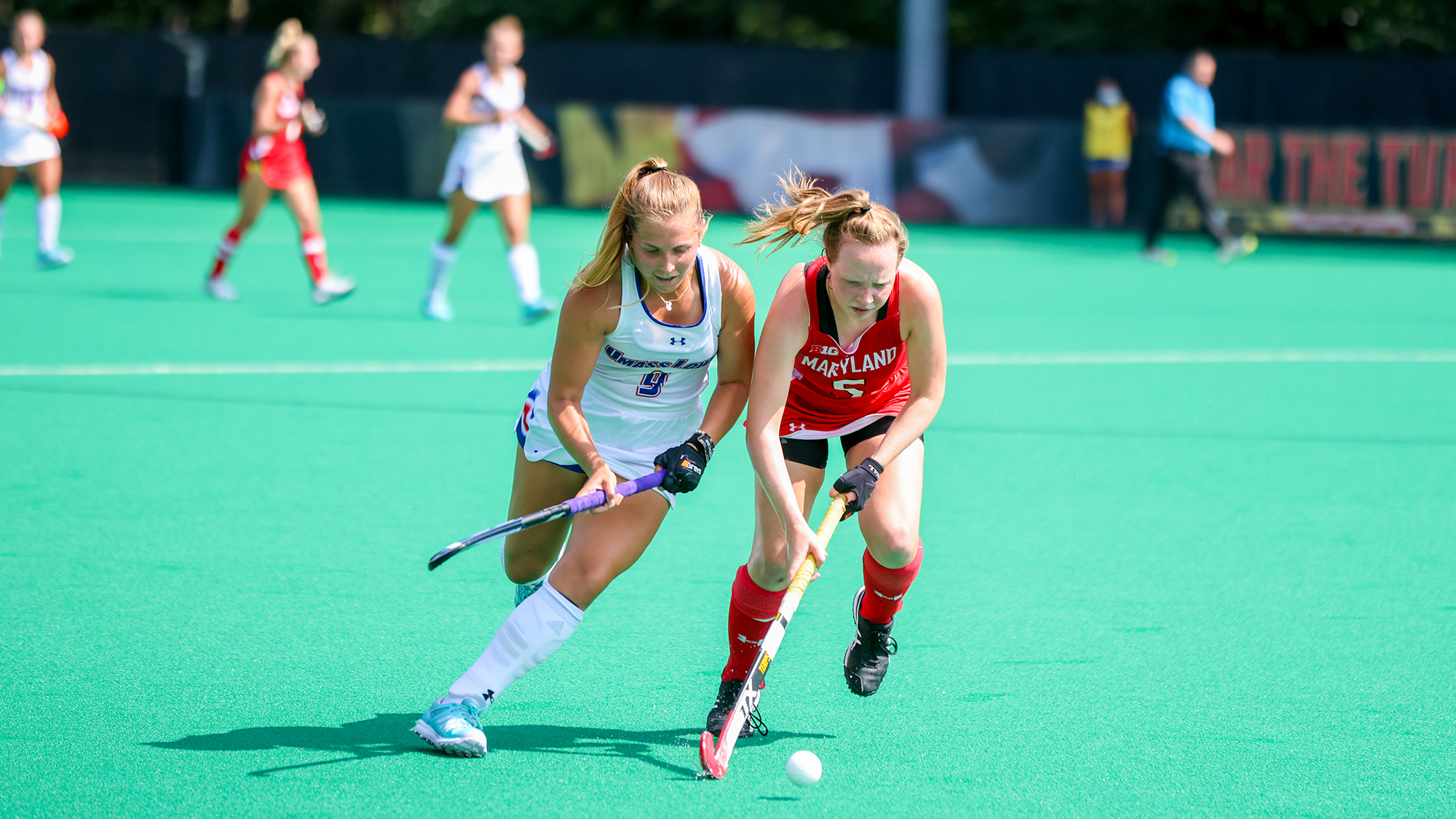 The sun was high in the sky, beaming down toward a sweltering Field Hockey and Lacrosse Complex on Friday afternoon. Dripping in sweat and overcome with disbelief, a couple of UMass Lowell players stopped in their tracks and took a deep breath as the match was halted due to inclement weather in the area.

Just under three minutes were left in the first quarter of Maryland field hockey’s season opener when the Terps headed to the locker room and the River Hawks fled to their air-conditioned team bus. The venue’s gates closed as a massive dark cloud overlooked the pitch.

More than two hours later, Maryland coach Missy Meharg and UMass Lowell coach Shannon LeBlanc hugged it out, and the game was canceled. It will not be made up.

Not much action had happened on the pitch at that point. The River Hawks took a pair of shots, neither of which got past Terps goalkeeper Noelle Frost. Anna Castaldo had Maryland’s only shot.

Then, the rains came. While there was some hope the teams could squeeze in the remainder of the contest, the thunderstorm’s uncertainty made that difficult. But the Terps and River Hawks never restarted.