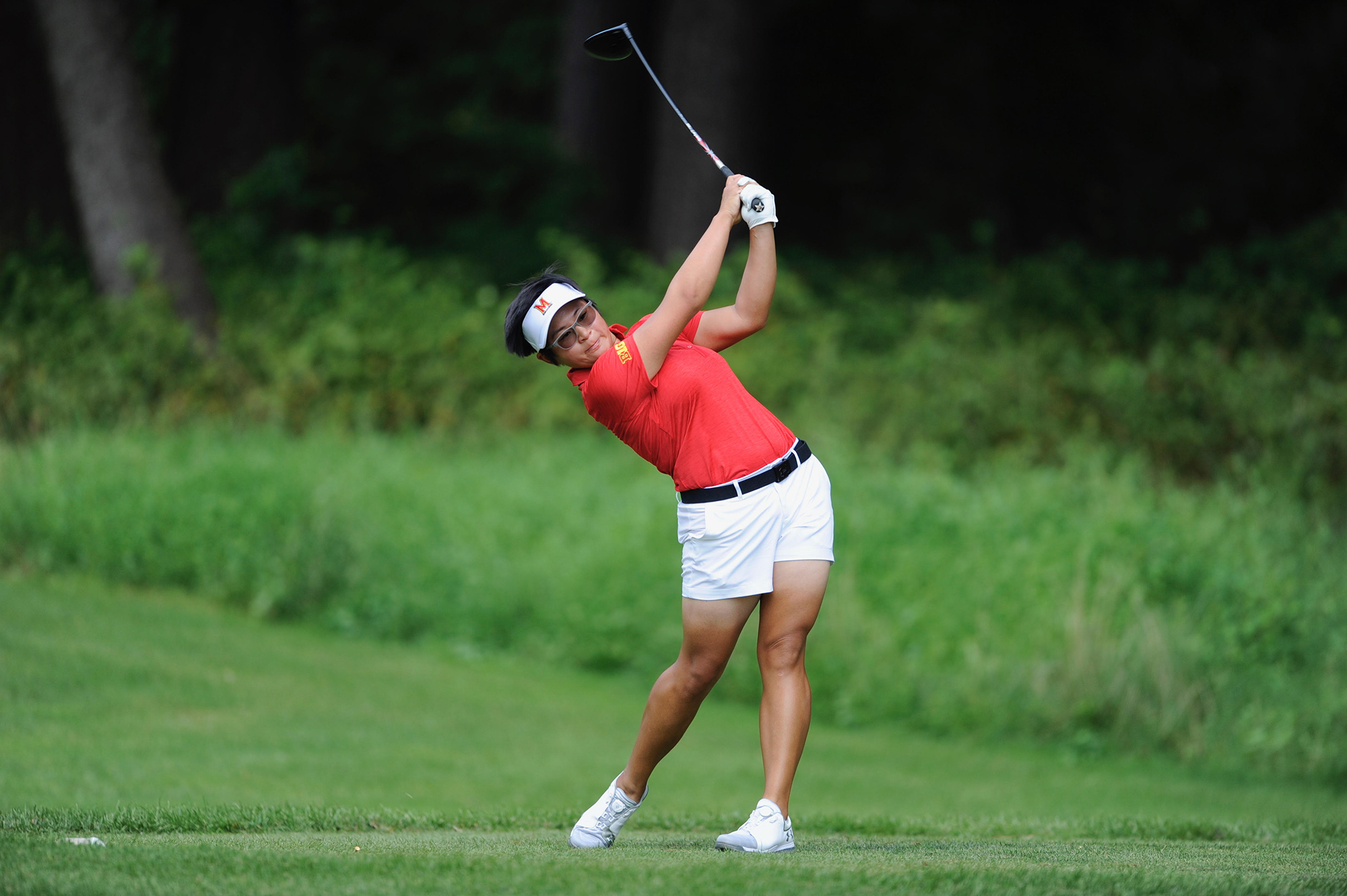 Virunpat Olankitkunchai opened her email one day to a surprise.

It was a message from the organizers of the Arnold Palmer Cup saying she was selected by the committee to play in the 2021 cup.

“It’s always been my dream to play this event,” Olankitkunchai said.

Olankitkunchai was chosen to compete on the international team representing Thailand. She was the first Maryland golfer to ever compete in the event.

The event has a rich history, and many notable alumni on the PGA Tour, including Dustin Johnson, Justin Thomas, Bryson DeChambeau, Collin Morikawa and Webb Simpson. Patty Tavatanakit is the most notable alumna on the LPGA Tour, and she recently won her first major, the ANA Inspiration, in April.

“Looking up to those players and to know that I [got] to play in the same tournament that they play — it’s really awesome,” Olankitkunchai said.

But Olankitkunchai was not the only Terp at the Arnold Palmer Cup. She was joined by former Maryland women’s golf coach Diana Cantú, who was named an assistant coach on the international team, representing Mexico.

“It was definitely a cool moment to be able to see two Terps represented at the [Arnold] Palmer Cup,” interim coach Kelly Hovland said.

Olankitkunchai has been a major factor in what was a historic spring season for Maryland women’s golf. The team competed in their first-ever NCAA women’s golf championship in May, where they finished tied for 21st.

The senior had a tremendous regular spring season, finishing in the top 20 in each of the six events she competed in, including placing first at the FAU Invitational. There, she shot -11, setting a new program record.

Olankitkunchai is also ranked as the No. 59 NCAA Women’s Division I golfer by Golfstat and earned a WGCA All-American Honorable Mention.

“I’m so proud of [Virunpat] and all that she’s accomplished this year,” Hovland said. “Being named to the [Arnold] Palmer Cup was just the perfect culmination of four years of hard work and dedication to getting better.”

Competing in a prestigious event like the Arnold Palmer Cup had its benefits for Olankitkunchai, including interacting with golfers from all over the country throughout the week of the event.

But Olankitkunchai’s ultimate goal is to play professional golf, and competing in the Arnold Palmer Cup gives her the opportunity to pick up some experience that can help her reach that mark.

“I would have to go through all these prestigious events, and feeling that pressure [will] make me a better player and be ready for my future,” Olankitkunchai said.