Minecraft’s long-awaited Caves & Cliffs update is here. This is what students think. 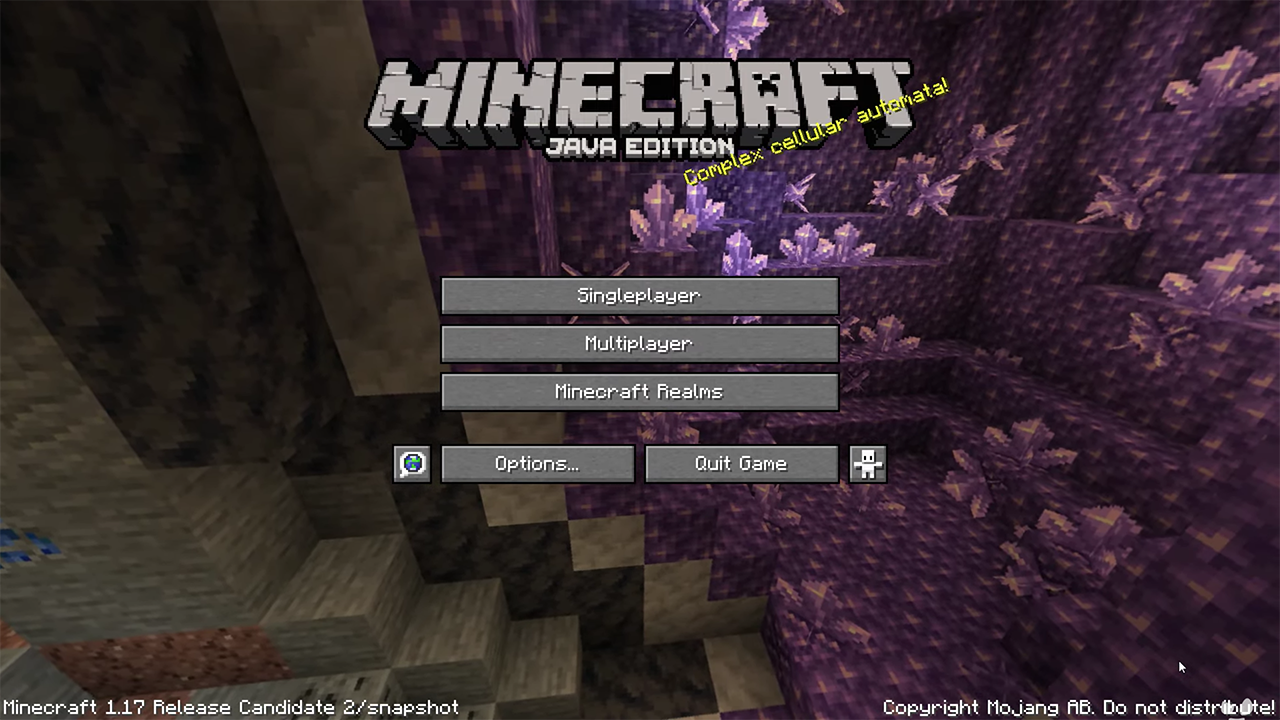 At the beginning of the pandemic, many people felt they were “regressing.” Many of us were sent home to our childhood bedrooms, and we were reminded of the things we adored as kids but slowly faded out of our lives because that was the socially acceptable outcome.

For me, one of those things was my favorite childhood game, Minecraft. I wasn’t the only one.

The game saw a resurgence in popularity since the start of the pandemic. Minecraft had a 25 percent increase in new players last April, and the community has become more and more prevalent on YouTube, Twitch and TikTok.

Last week, the creators of Minecraft released a major update to the game called Caves & Cliffs Part 1, which added intense terrains and many new blocks and creatures.

“When it ‘died’ in 2015, it never really stopped,” said Amanuel Awoke, a recent computer science graduate of the University of Maryland.

Awoke said while he always liked the game, he didn’t play as much in high school. However, when he was founder and president of this university’s Cool Board Games for Attractive People club, he made a Minecraft server where other people could join in on worldbuilding.

“We had the server existing before quarantine, but it wasn’t really active. With quarantine happening and people being at home, if people wanted to do something together, [they’d] just play Minecraft together,” he said. “I love being able to give people a space to be creative.”

Minecraft can be played in both creative and survival modes. In creative mode, players can fly and make use of unlimited resources. In survival mode, players have to work to gather blocks and tools while fending off hostile mobs, which are AI-driven creatures that can harm and kill you.

Tessa Schauermann began playing Minecraft in 2012. She said the server she played on with her friends ended up dying out, but she’s gotten back into the game.

“It’s one of those things where you need to jump in the water … and then you’ll get addicted to it when you start playing,” the rising sophomore psychology major said.

During the pandemic, Schauermann dedicated a lot of time to playing a minigame called Bedwars where players attempt to destroy each other’s beds on various mini maps. The game takes strategy and speed to master.

Schauermann said she played so much that her account got banned, possibly because the server thought she was hacking. Luckily, she had multiple Minecraft accounts set up so she could continue playing.

For Part 2 of the update, set to release this winter, Schauermann believes the Warden — a new hostile mob that stalks players in caves and adds more difficulty to the game — is a welcome addition. As for the future of the game, she thinks the consistent updates will keep people playing.

“I think it’s gonna keep growing and definitely will have haters who prefer the original version,” she said.

Originally, Schauermann saw the influx of new players as “people bandwagon-playing Minecraft,” but now, she appreciates the new community and creative builds they bring to the game.

“People … who like to play in creative are going to make some really cool builds out of [the update]” she said. “And that’ll probably go pretty far.”

Philip Alexander, a rising senior computer science major, began playing Minecraft in sixth grade. He said he appreciates the wide platform support of the game since there are versions across devices.

“It’s so versatile, it’s timeless, and at times, the only thing I can play,” he said.

During the pandemic, Alexander began to play more multiplayer Minecraft as people encouraged him to play on servers with them. He also used to play a lot of modded Minecraft instead of “vanilla,” or regular Minecraft. Mods are user-made modifications that can add a huge range of features to the game from cogs and gears to entire computer systems.

But with the new updates, Alexander found himself preferring to play vanilla because of its focus on exploration.

“It is still a bit strange, like having different textures for different ores,” he said. “A core part of the experience has been slightly altered in a sensical way — in a way I totally understand — but I wonder how long it will take me to get used to it.”

Alexander sees a “good long-term future” for the game and his relationship with it, but he is also slightly concerned that Microsoft  — which acquired Mojang, the creator of Minecraft — will begin to add microtransactions into the game as the Java edition, which allows people to play on their computers, only needs to be purchased once. Starting last December, new purchases of the Java edition are linked to a Microsoft account instead of a Mojang account.

Schauermann said she’s hoping the creators will implement a more cohesive way to have biomes interact with each other in the Caves & Cliffs Part 2 update.

“I think the developers and the creators of [Minecraft] know what the public wants,” she said. “I think they timed it really well because people have been kind of begging for a Caves & Cliffs update for a long time. So it’s kind of long-awaited and now people are going to be shaking in their seat waiting for it.”