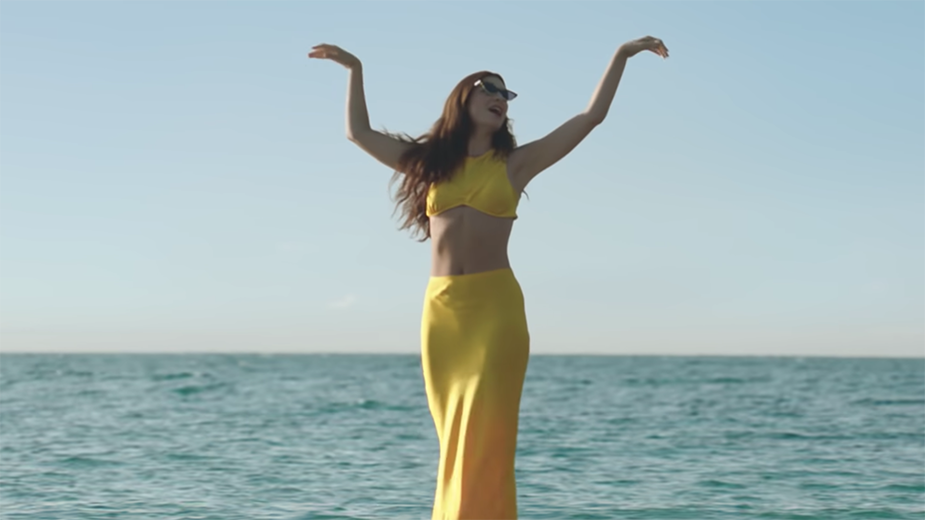 Where we last left off in 2017, Ella Yelich-O’Connor — better known as Lorde — was in her Melodrama era, grappling with raw, deep-seated emotions post-breakup. She self-medicated with an outpour of incredible songs and a rumored, tumultuous love affair with her producer and songwriting counterpart, Jack Antonoff.

Hiding behind electric sounds and danceable tracks, her Melodrama lyrics had weight. In the popular upbeat track “Green Light,” she sings, “Oh, I wish I could get my things and just let go.”

Lorde fans like myself have borne the brunt of that weight for the past four years. When she disappeared from the public eye, we were left with only remnants of her presence: an onion ring review account, two cryptic tweets and a relatively small catalog of nostalgia and pain.

But what once seemed like neglect has proven to be growth. Bursting out of her four-year chrysalis, an uncharacteristically joyful Lorde reemerged in shining yellow silk on Thursday to release “Solar Power.” Her third album of the same name was also born, setting the tone for a new era.

“There’s someone I want you to meet,” she wrote in her newsletter. “Her feet are bare at all times. She’s sexy, playful, feral, and free … Her skin is glowing, her lovers are many. I’m completely obsessed with her, and soon you will be too.”

[NoMBe stuns with CHROMATOPIA, an ambitious expedition through love of all kinds]

Her message explained that Solar Power is a love letter to the natural world, which has helped her heal from heartache and confusion. It’s very apparent in her new single.

Lorde exudes confidence as she sings in her signature rasp: “I’m kinda like a prettier Jesus.”

Angelic oohs and aahs lead listeners to a rhythmic end that genuinely feels like the sun has just come out from behind the clouds for the summer.

Simple guitar chords carry the song, and you can hear fingers sliding on the strings. Light drums in the outro curate a perfect beat. It’s not overproduced, but it’s also not completely stripped. The pitched-up last line nods to her more synthetic past work and could hint at the rest of the album.

The single’s music video was also released, directed by Lorde and Joel Kefali, who has worked with her in the past. Lorde runs around on a sunny beach, dancing without a care and visibly freed by the music.

Some fans weren’t astounded by Lorde’s long-awaited return. To those critics, I say: Let her be happy! If you were hoping for new music to cry to, try “Blouse” by Clairo instead (Lorde sings background vocals).

What Lorde lacks in a revolutionary new sound, she makes up for in positive emotional self-growth. The change of pace is really refreshing, even if the music isn’t completely jaw-dropping.

But the best part of it all is how she invites listeners along in this new era. In her first chorus, she sings: “Forget all of the tears that you’ve cried / It’s over / It’s a new state of mind / Are you coming, my baby?”

For many of us, the past year or so better aligns with her previous work. Personally, Lorde was my most listened to artist during quarantine (which probably signals a cry for help, but I swear I’m fine). TikTok trends popped up with her older songs, as people tried to communicate the ache and nostalgia the pandemic forced them into.

“I’m trying to listen to what’s out there more, and the vibe I got was that you’re ready for this, that you need it,” Lorde wrote in her newsletter.

That line actually made me laugh because of what an understatement that is. But she is right — Lorde fans desperately need this wave of warmth and joie de vivre. So, take advantage of her new, ethereal era: it’s the perfect, pandemic-slowing energy I think we could all use a little more of.

Lorde instructed fans to look to the natural calendar for clues as to when the whole album will be released. Fans theorize it might come out June 21, the summer solstice, or July 9, the day of the next new moon.

In the meantime, take after our good friend Ella: eat some onion rings, run barefoot on the beach, wear a vibrant matching set, throw your phone in the ocean and be one with nature. It’s a lot better than crying to “Liability” for the thousandth time.