Maryland baseball returns to NCAA tournament for first time since 2017 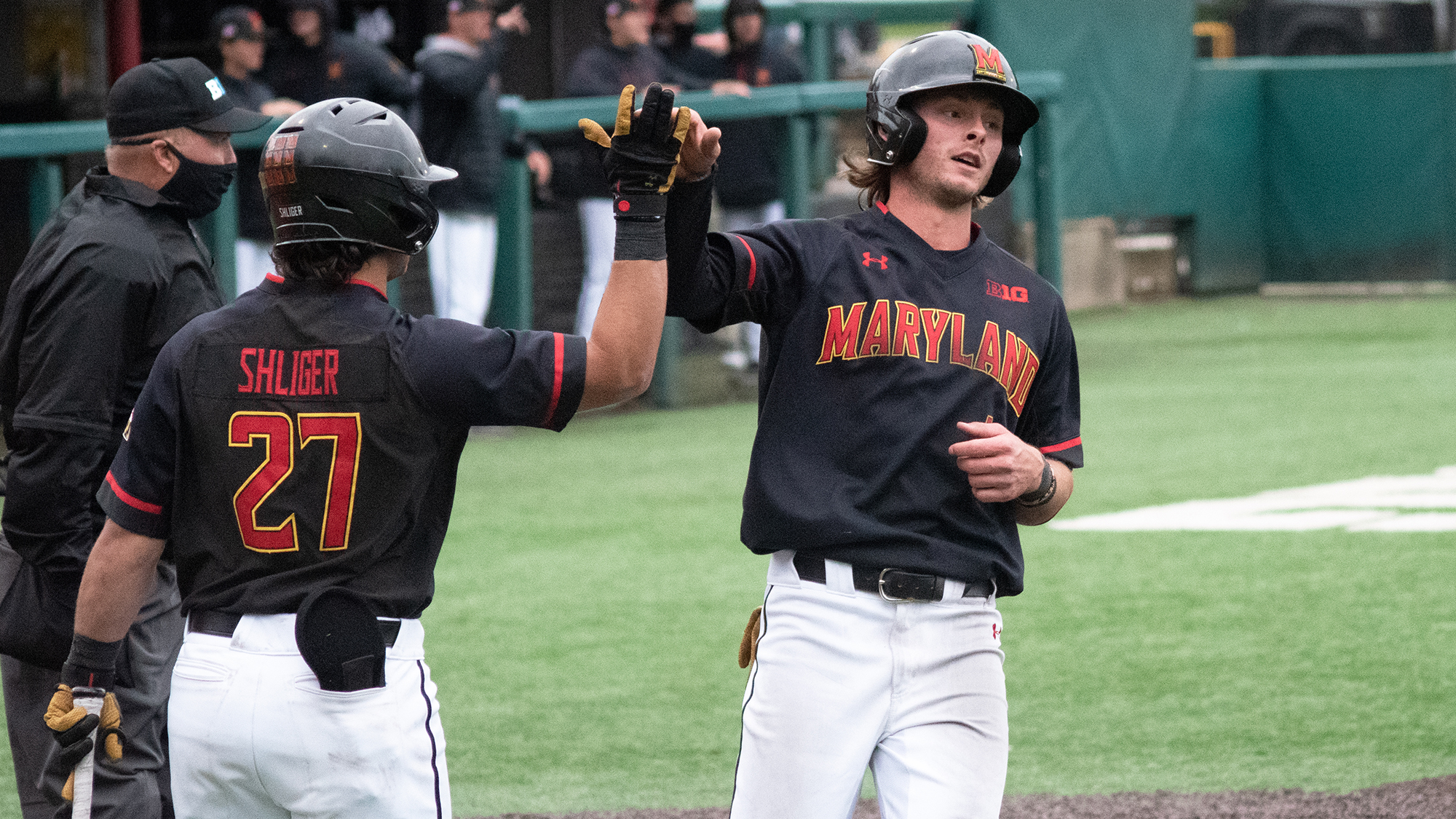 Luke Shliger greets Ben Cowles as he scores a run during Maryland baseball’s 5-2 win over Indiana on May 29, 2021. (Autumn Hengen/The Diamondback)

Maryland baseball is in.

Once a maligned and mediocre team, coach Rob Vaughn’s squad has earned the No. 3 seed in the Greenville, North Carolina, Region, the NCAA announced Monday. This will be the Terps’ first NCAA tournament appearance under Vaughn, and their first since 2017.

Maryland received an at-large bid for the tournament, as Nebraska captured the Big Ten title and the automatic bid. Normally, the champion would be determined by the conference tournament, but the Big Ten decided to forgo that route and use the regular season champion instead.

[No. 25 Maryland baseball finishes regular season with 7-3 loss to Indiana]

The selection comes after Maryland finished 28-16, its best record in a full season since 2015. The Terps were once 10-12 and sitting in the middle of the conference in early April. But with the help of sweeps of Ohio State, Minnesota and Purdue, Vaughn guided Maryland to an 18-4 record in the second half.

The regionals are in a double-elimination format, meaning the Terps can lose once and still be alive in the tournament. If they win their four-team bracket in regionals, they move on to super-regionals with a shot at the team’s first-ever College World Series appearance.