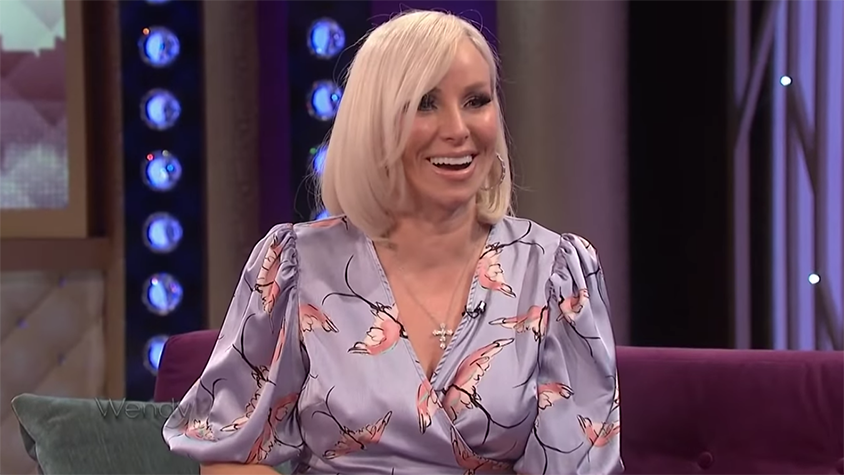 Margaret Josephs joined "The Real Housewives of New Jersey" in 2017. (Screenshot via YouTube)

Margaret Josephs can be described in many ways. Despite superficial stereotypes that come with being a reality star, Josephs’ bright mind and quick wit define her.

Josephs’ public image began when she joined The Real Housewives of New Jersey in 2017. But long before she was pushing husbands in pools or frantically serving iced coffee in wine glasses, she navigated the complicated landscape of the fashion industry, building a multi-million dollar lifestyle brand as a full-time mother.

Josephs grew up in the 1970s with her single mother in Westchester, New York. Her love for fashion connected them.

“Everybody grows up reading Dr. Seuss, I grew up reading Vogue and Harper’s Bazaar,” she said.

Her innate fashion sense brought her to New York City where she learned the ways of the fashion industry at the Fashion Institute of Technology. She says it was a time for “real trends,” where fashion could be anything. People experimented — and that inspired her.

“It was very much, you know, patriarchy, it was just run by a lot of men,” Josephs said.

Josephs is very candid about the sexual harassment she faced in the industry. She vowed that one day she’d use her own brand to uplift other women.

In 1994, Josephs married her first husband, becoming the mother of his three children. In 1996, Josephs had a son of her own. Josephs and her husband divorced in 2013. Shortly after, she married her current husband.

The Macbeth Collection was founded in Josephs’ kitchen in 1999. She had stepped away from work after her son was born, but found inspiration in a creative outlet.

Josephs was designing storage containers for her son’s toys after noticing few stylish options. She decoupaged vintage wallpaper over buckets for a chic look. She brought extras to a local shop in Tenafly, New Jersey, and her business boomed.

After local success, she attended The Gift Show in New York City. Retailers from all over the world noticed her.

“We took off like a house on fire,” she said.

Josephs found it hard to balance work and motherhood.

“In the beginning, the business grew slower because it was very important to me to be home for my son,” she said.

She recalled going on every school trip she could, saying a person “can have everything, but not at the same time.”

Josephs’ dedication to her family didn’t go unnoticed. Kathy Steinberg, one of her closest friends, recalled how Josephs balanced responsibilities.

Josephs bought out her partner in the Macbeth Collection, becoming the sole owner. The collection now features its own original designs.

Production couldn’t keep up with the demand of large retailers. An agent approached her in 2010 suggesting she sell her designs while other companies manufactured the products for her. The switch to licensing allowed The Macbeth Collection to become a global lifestyle brand.

Josephs met Lexi Barbuto as her company grew 12 years ago.

“She was like a little cartoon character in the highest heels,” Barbuto said.

The two instantly clicked. Barbuto heard Josephs wanted to work with her at an upcoming holiday show. Barbuto didn’t think much of it, but she distinctly remembers getting the phone call in October that started with, “Hi, it’s Margaret!”

They became incredibly close. Professionally, Barbuto is the creative director for The Macbeth Collection. She’s also the sister Josephs never had, her closest confidant and best friend.

As The Macbeth Collection grew, so did Josephs’ image.

“My agent had said to me, ‘You’re perfect for TV, you should be doing all the morning shows, people like to listen to you,’” she recalls. Josephs started doing guest appearances on TV; doing segments like making a cheap outfit look expensive or throwing a party on a budget. She was even on the Today Show and Good Day New York.

In 2017, she joined The Real Housewives of New Jersey. Her quick wit and pigtails caught the eyes of many. She quickly became a fan favorite.

Her closest friends love her quick wit and vibrance.

“I mean she always is on, Margaret has always been on. It’s very rare that she will succumb to a bad mood and show it,”  Steinberg said.

Josephs hopes to inspire others. Through her podcast with Barbuto and recent book, she tells her success tale to her fans.

She looks back on her career and feels a sense of awe. She never wanted fame, she just wanted people to know that if she can do it, they can too.

“I think the world can be a dark place,” she says. “I think a lot of people do a lot of compare and despair and [I] just want to let them know that everybody doesn’t start from what I say [is] the lucky sperm club.”