Sports need to do what the Super League didn’t: put fans first 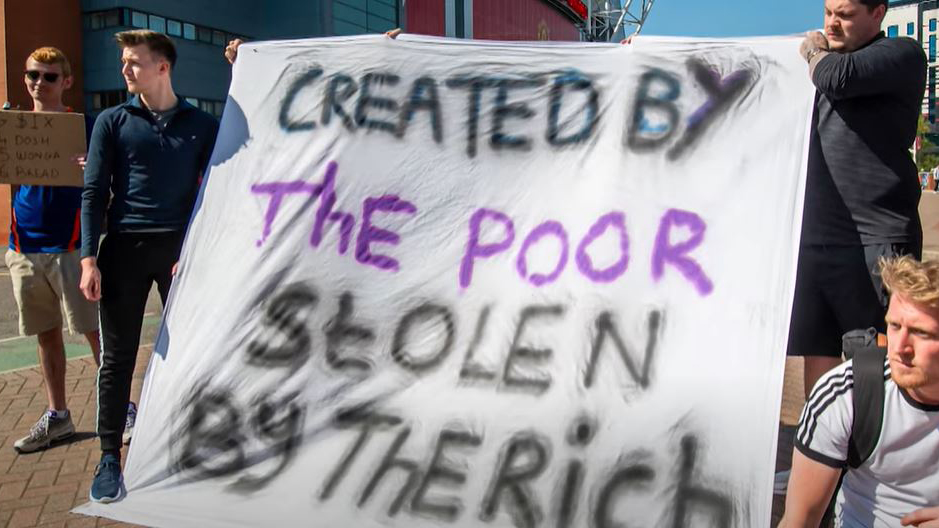 With the number of tweets about soccer in the past week, you’d think there was a controversial penalty in the 90th minute of the World Cup Final. Sadly, the social media storm had nothing to do with an exciting game; the commotion was caused by secret business deals done in the stadiums’ executive suites.

Last week, a dozen of Europe’s most prominent soccer clubs, such as Real Madrid, Liverpool and Chelsea, announced the formation of the European Super League, destroying the format for the traditional Union of European Football Associations Champions League. The UEFA Champions League has historically crowned the continent’s best team, and its trophy is considered one of the most prestigious trophies in the entire sport. Fans support their teams religiously and travel around the continent to hopefully see their beloved players lift the coveted trophy. So, why would these 12 teams be willing to leave all of this history — and their fans — behind?

There is one simple explanation: greed. These 12 teams, under the guise of competition, sought to create a breakaway league of billionaire ownership and brand elitism.

One major reason clubs supported the breakaway Super League was due to the money distribution system within their national leagues. Many of these more affluent teams, with larger stadiums, fanbases and brand deals, typically draw in more money, particularly when playing each other. Regardless of the concentration of wealth, the leagues typically take these funds and distribute them to all of the teams at all levels, thus ensuring continued development of the sport across the entire country.

This move is to the ire of the more affluent teams, who would rather add more zeros to their team’s value than ensure the longevity of the sport itself. Some of the world’s best players, such as Harry Kane and Virgil van Dijk, were developed at lower-tier teams, and purchased later on by the affluent clubs for hefty sums of money. Without funding these lower divisions, who is going to develop the next generation’s stars? How can we continue to assure the best quality of the game is being played at the top flight of soccer? Or do we only care about lofty television deals and star-studded ownership groups?

Part of what makes the Premier League so exciting is the use of a relegation system. In these systems, high-performing teams in low divisions get bumped up to the next highest level, at the expense of low-performing teams in the high divisions, who are dropped down. This is exciting, because regardless of history of club prominence, the best teams are awarded a space in the top league, allowing them to advance to Europe’s biggest competition stages. Through the creation of the Super League, teams would no longer participate in this relegation system, thereby losing all incentive to deliver a high-quality product to the field — and to the fans.

This movement away from relegation changes the nature of these squads. Instead of representing a collective group, oriented toward entertaining its supporters and representing the community, the team starts to function as more of a brand.

Professional sports are a multibillion dollar industry, so it’s understandable as to why maximizing profits is a top agenda item for team owners. However, there are many ways to do this without sacrificing centuries of tradition and overall dignity.

Luckily, there is a happy ending to this story. Fans were naturally outraged with the Super League movement, and after multiple days of protests from various fanbases, the league announced its disbandment. If these teams had simply consulted their fans in the first place, the teams would’ve never created the league.

But therein lies the greater issue with modern sports franchises. Teams today don’t always care about what the fans want, which should be at the core of the organization. This idea isn’t endemic to European soccer, and can be seen in American sports leagues, such as the Major League Baseball. In Boston, Red Sox team owners traded star Mookie Betts, a fan-favorite, to the Los Angeles Dodgers just to avoid paying him the money he deserved — because they knew it wouldn’t hurt their bottom line.

Most fans do not care about the glitz and glamour surrounding their team. While some fans watch sports for the sense of community, others watch to witness a championship run and many a mix of both. Regardless, by overlooking fans and only acting in their own economic interests, team owners are ruining sports for the millions of middle-class people who just want to watch a game, connect with their team and feel proud of their city. It is absolutely imperative that sports leagues and teams listen to their fans, before they lose them entirely.

These billionaire owners are willing to destroy teams that have proudly represented cities and countries for over a century simply to grow their own wealth. Sports should be for everyone, not just for the wealthy elite.

The scars left from this entire Super League debacle are going to stick around for a while. But I know one thing for sure: I will be rooting for the underdog teams next season.

Anthony Liberatori is a sophomore environmental science and economics major. He can be reached at alib1204@umd.edu.