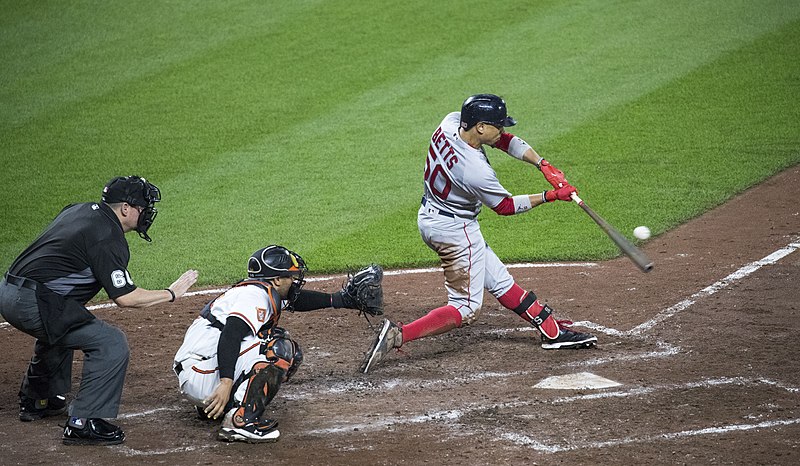 Mookie Betts in 2017. Betts was recently traded to the Los Angeles Dodgers. (Photo via Wikimedia Commons)

Capitalism is not the same thing as a “market economy.” Markets, at the end of the day, are just one among many methods to determine prices. Sometimes, we may want to set prices using markets (say, for fancy basketball shoes), but at other times it may be preferable to set certain prices through government policy (say, in health care). Capitalism refers to an economic arrangement where the vast majority of a society’s productive resources — from factories to software technology — rest in the hands of a small stratum of private actors, who operate their firms on the principle of pure profit maximization. We call those actors “capitalists.”

Markets preceded the development of capitalism, and they could easily persist in a non-capitalistic economic arrangement. Take, for example, a system where workers have largely come to own their own firms, and that these worker-owned firms compete with one another in a market. This would be a “market economy,” but it would not be capitalism.

Some of the more honest defenders of the status quo will acknowledge that capitalism can be ruthless and cruel, and can transform vices into virtues. But they will claim that this ruthless competition encourages incredible improvements in the average Joe’s quality of life. There’s a lot of fun stuff to do these days, and that’s because firms compete really hard to produce entertaining products for us to enjoy. Yet this seems more like a defense of competition than capitalism. Frequently, the function of actually existing capitalism is smothering competition and fun.

Take, for example, Major League Baseball. The goal of a baseball team is to win baseball games. However, capitalists own baseball teams, and the point of running a capitalist enterprise is to maximize profit. And oftentimes, profit maximization comes at the cost of winning baseball games — and at the cost of fun. Perhaps the most striking example of this conflict between fun and profit is the recent trade of Red Sox superstar Mookie Betts to the Los Angeles Dodgers.

It’s hard to overstate how good Mookie Betts is. He’s the second best player in the league, only trailing Mike Trout, who may end up being the best baseball player ever. He’s probably the best Red Sox position player since Ted Williams — and he’s 27, right in the middle of his athletic prime. Just two years ago, he led the Red Sox to 108 wins (a franchise record) and a World Series victory, all while snagging the American League’s Most Valuable Player award. He’s also charismatic and widely loved in Boston. He’s the kind of player who only comes around a few times in a generation.

So why was he traded? Well, because the Red Sox ownership group — one of the richest on the planet — didn’t want to pay him what he’s worth, which would likely force them to pay the league’s fairly modest “luxury tax.” They also made the probably correct assumption that the Red Sox fan base is fairly stable, and they’ll buy baseball tickets whether Betts is patrolling right field or not. And so, they dumped their best player, as well as David Price, a key component of the Red Sox’s World Series run.

This is not an isolated incident. Owners all across the league are coming to the determination that, in a time of stable, high profits, they don’t really need to try all that hard to win. We’re at a point where only a handful of teams — the Yankees, Astros and Dodgers among them — are earnestly competing for a World Series title. The entire point of sports is competition, and the capitalists who run baseball are destroying it.

I feel comfortable enough in my fandom to admit this: Baseball is often quite boring. The games last forever, and there are long stretches where nothing really happens. But Mookie Betts is one of those rare players who’s authentically thrilling to watch. Watching nearly every game of the 2018 Red Sox season was one of the most elating sports experiences of my life. I am furious that the grotesquely rich people who own the team have chosen profit over the quality of their own entertainment product. But this I know: Under socialism, baseball will be way more fun.