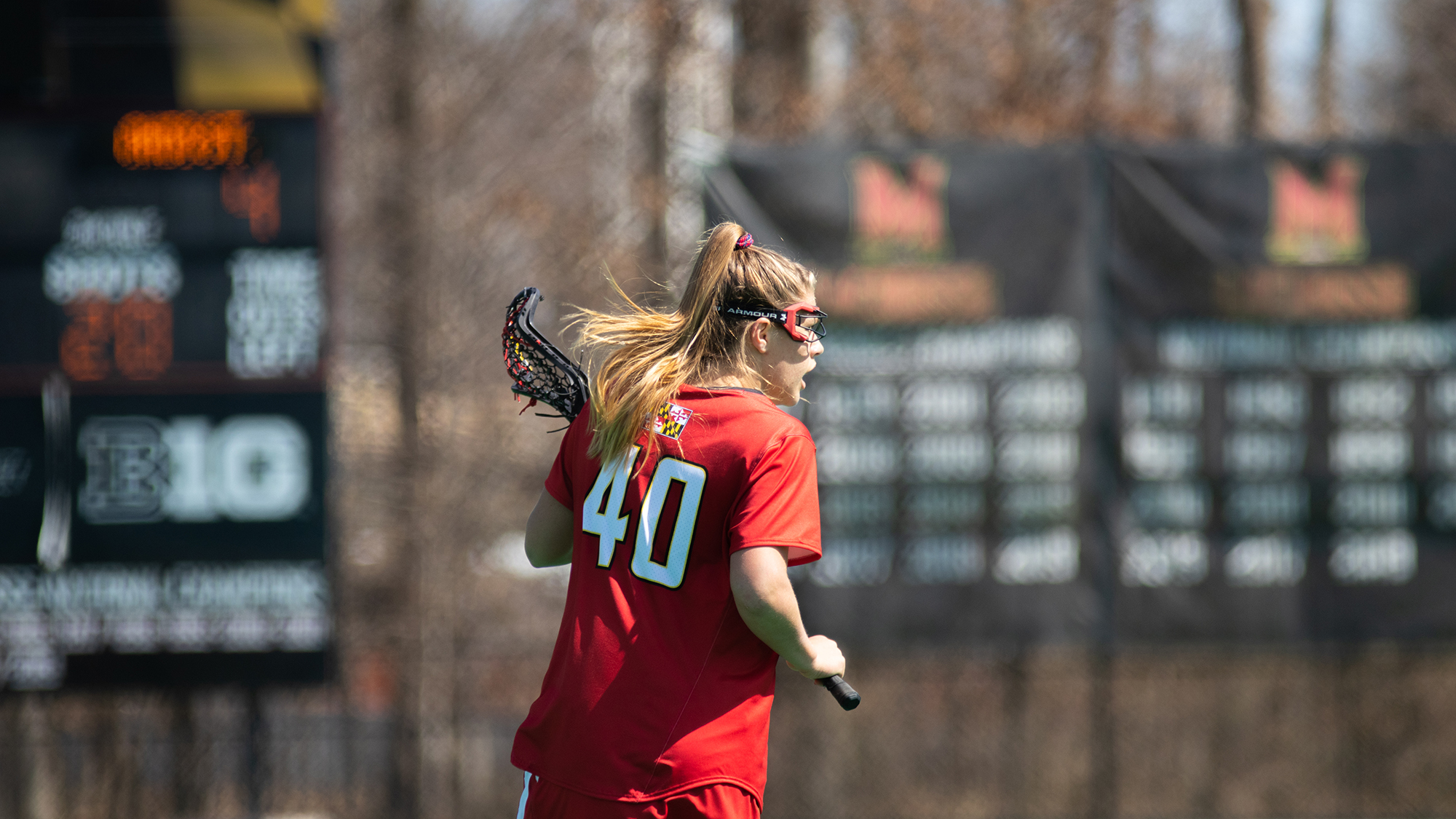 With the Big Ten tournament just hours from kicking off, four Maryland women’s lacrosse players have been named to the All-Big Ten team for the 2021 season. The group is headlined by unanimous first-teamer Lizzie Colson.

Colson is joined by attacker Hannah Leubecker and midfielder Grace Griffin in the first team while midfielder Shaylan Ahearn was named to the second team.

This is Colson’s third time on the All-Big Ten squad, earning the distinction in 2018 and 2019. Griffin also clinched a spot on the list in 2018 when she was Big Ten Freshman of the Year.

[From veterans to newcomers, Maryland women’s lacrosse is ready for the Big Ten tourney]

Colson, a seven-time Big Ten Defensive Player of the Week, has been electric in the backline for the Terps this year. She has proved to be one of the best defenders in the nation once again, leading the NCAA in caused turnovers and sitting top-10 in ground balls.

Griffin, a second-year captain, has put Maryland on her shoulders this year, making an impact on every end of the field. She’s amassed 19 goals, a team-leading 14 assists, and holds second on the team in ground balls and caused turnovers.

The Sykesville native earned herself a spot as a Tewaaraton Award Nominee, alongside Colson last week.

Sophomore’s Leubecker and Ahearn are making their first appearance on the team after stellar performances in 2021. Leubecker burst into the starting lineup, racking up 35 goals in her first eight starts, the most in program history since at least 1993. She leads the team in goals with 44.

Ahearn has shown tremendous progress in her second season. She has become the focal point of the draw circle, taking nearly every draw for the Terps in 2021. The former-No. 4 overall recruit has accumulated 45 draw controls, second on the team, with nine goals and two assists on the attacking end.Maryland plays Michigan in the first round of the Big Ten tournament on Thursday, hoping to recover from its loss to Rutgers at the end of the regular season. The Terps are looking to raise the trophy for the fourth time since joining the Big Ten.