Slices of Life: The stories of seniors’ time at UMD 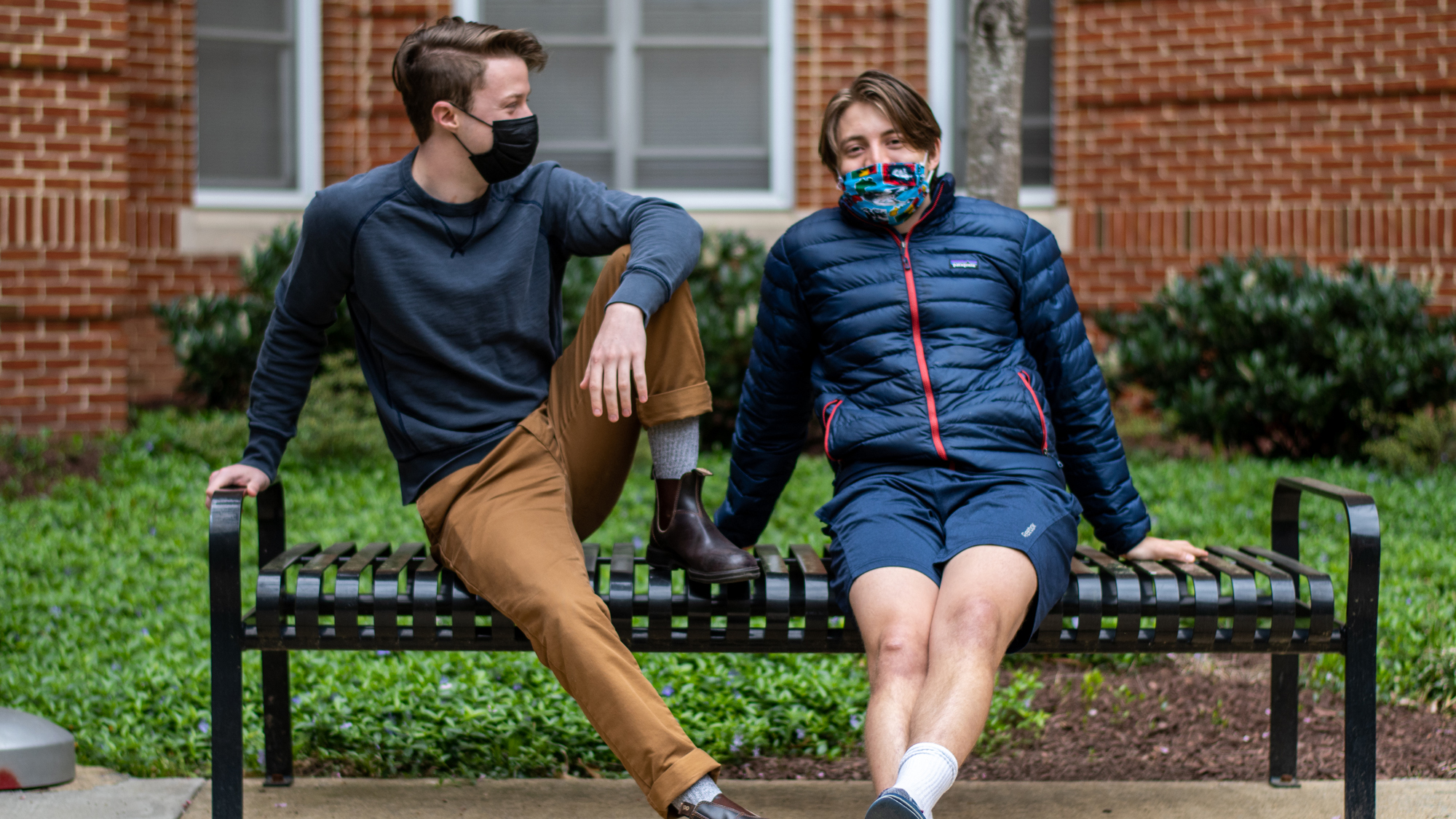 No one could have predicted the past year. But despite all the turmoil and fatigue, seniors are graduating this May with a handful of quintessential college experiences — including finding what makes them happy.

Before committing to the University of Maryland, Felix Ringland and Diego Mendez weren’t too close, even though they went to the same high school and had some mutual friends. But when the living and learning program they’d both chosen — Global Communities — sent around a list of prospective roommates, they recognized each other’s names.

“It was definitely me,” Mendez cut in.

Ringland laughed. “I was like, ‘Yeah sounds good. And then we didn’t talk at all for, like, the rest of the summer.”

But when they moved into Elkton Hall in the fall, they became friends immediately. Three years later, they’re still living with each other — and most of their friends are people they met in Global Communities.

“Once we got going, the train never really stopped,” Ringland said.

It helped that they were all soccer fans, though they have different allegiances. Ringland and Mendez are both Arsenal loyalists, and they live with a Liverpool fanatic and a Manchester United supporter.

“If there was an opportunity for things to go south, that would be it,” Ringland said.

Ringland and Mendez say their friendship has changed over the last four years as they’ve grown up. Ringland studied abroad for a semester in Copenhagen, “so Diego had a couple months to flourish on his own,” he said, making Mendez chuckle.

After graduation, Ringland will head to New York City to work at a marketing firm. Mendez will be working for PepsiCo but doesn’t know where he’ll be stationed. It could be New York, he said.

“We’re all crossing our fingers,” Ringland chimed in. “We’re hoping to triple down and go for roomies part three.”

Nina and Neil Agrawal didn’t want to go to the same college. But the twins both wound up deciding — individually — to come to College Park.

Still, the siblings have carved out their own places on campus. They’ve found their own friends, joined different clubs and, though they’re both in the engineering school, they have different majors — Nina studies computer engineering and Neil studies aerospace engineering.

But when they were living on campus (they’ve been back at home since the pandemic broke out), their worlds still collided.

“Oh! Tell them that story when I didn’t text mom,” Nina told Neil.

“Do you remember that time when I didn’t text mom ‘good morning,’ and she freaked out?’

“Yeah!” Neil said as Nina burst out laughing. “So, this one’s crazy.”

In the middle of class one morning during his freshman year, Neil said, his phone started going off. It was his mom — Nina hadn’t texted that morning in their family group chat, and she was convinced that something had gone wrong. So, Neil dashed across campus to Nina’s dorm and banged on her door until her roommate answered — and told him that Nina was in class.

“I was like, ‘Well, I guess I just wasted 40 minutes of my time trying to figure out if this girl is dead when really she just forgot to text good morning,’” he said. “That’s probably not the quality of story that you want in this edition, but that’s the story I’m gonna give you today.”

In the end, Nina and Neil said they don’t feel like their relationship has changed too much over the last four years. They probably would have gotten closer if they had wound up going to different schools, Neil said.

“Just because we’ve spent so much time together, I have no reason or want or need to get closer to you right now, I’ll be honest with you,” he said as Nina cracked up. “And I mean that in a nice way.”

“You know, when you don’t know a single minute of life without your twin …,” Nina started. “Well, actually, no, he’s a minute older.”

“Yeah, I don’t know a single minute without her,” Neil said.

“Well, you know one minute,” Nina reminded him.

And they broke out into laughter.

They thought it was behavioral issues at first.

In Molly Oertel’s second semester of her sophomore year, she started training a young black lab for Terps Raising Pups — the school’s chapter of the Guide Dog Foundation for the Blind. But as the puppy got older, he stopped wanting to walk anywhere. He started running into things and when he played fetch, he couldn’t find his toys.

She soon found out why: he was losing his sight.

“So, he was like a guide dog gone blind,” she said. “And that sounds like a sad story, but it actually turns happy.”

Oertel got more involved in the club and eventually started leading her own puppy classes. That’s how she met a lot of her friends, including Ethan Taylor. During her sophomore year and his junior year, her puppy, Robert, and his puppy, Eagle, became best friends, so they became best friends. Then, they started dating.

Two years later, Oertel and Taylor are still dating. They also still have Robert and Eagle, along with Taylor’s second puppy, Jimbo.

Robert still runs into things a lot; all he can see are shadows in the sunshine. But after he lost his sight, his hearing and sense of smell became heightened. Oertel says he hates Dunkin’ Donuts — when the door to the shop near Terrapin Row opens, he’ll run away with his tail between his legs. And when a pan starts sizzling on Oertel’s stovetop, Robert will hide in her bed.

“He’s a happy guy now that I know how to handle it,” Oertel said, as Robert lay panting in the grass beside her.

Part of the reason Bethel Afful decided to be an architecture major is because she’s a storyteller.

“Every building is a story or has a story attached to it,” she said.

To tell the story of her time as a college student, Afful explained the design of a building with four parts, one for each year.

The first part of the building would be small, with narrow hallways and isolated areas. As a freshman, the campus overwhelmed her. She was shy, so she didn’t know how to make friends.

That changed in her sophomore year after she joined SketchUp, a comedy group on campus. She wasn’t confident about her audition, she said. It was the first time she put herself out there.

That’s why the second part of the building would “open up into this huge atrium.” Afful had found her footing on campus.

But the third part of the building would be different, more tumultuous than the first two. Her junior year was tough, she said. Architecture got harder, more demanding. She felt like an imposter in her classes.

That’s why this part of the building would have less open space, and there would be a lot of seating. This would be a place to rest, reflective of the stress she endured in her third year.

“I was maintaining my friendships, but I also felt personally that I was not my happiest in junior year,” she said.

The fourth aspect of the building would be a courtyard, emblematic of her senior year, she said. Afful’s in a good place now — she has so many loved ones and feels freer.

Afful is going to be an architect for a healthcare architecture firm. As she decided what she was going to do in her post-college life, she knew she had to do something that would make her happy. Now, that means designing hospitals and medical centers.