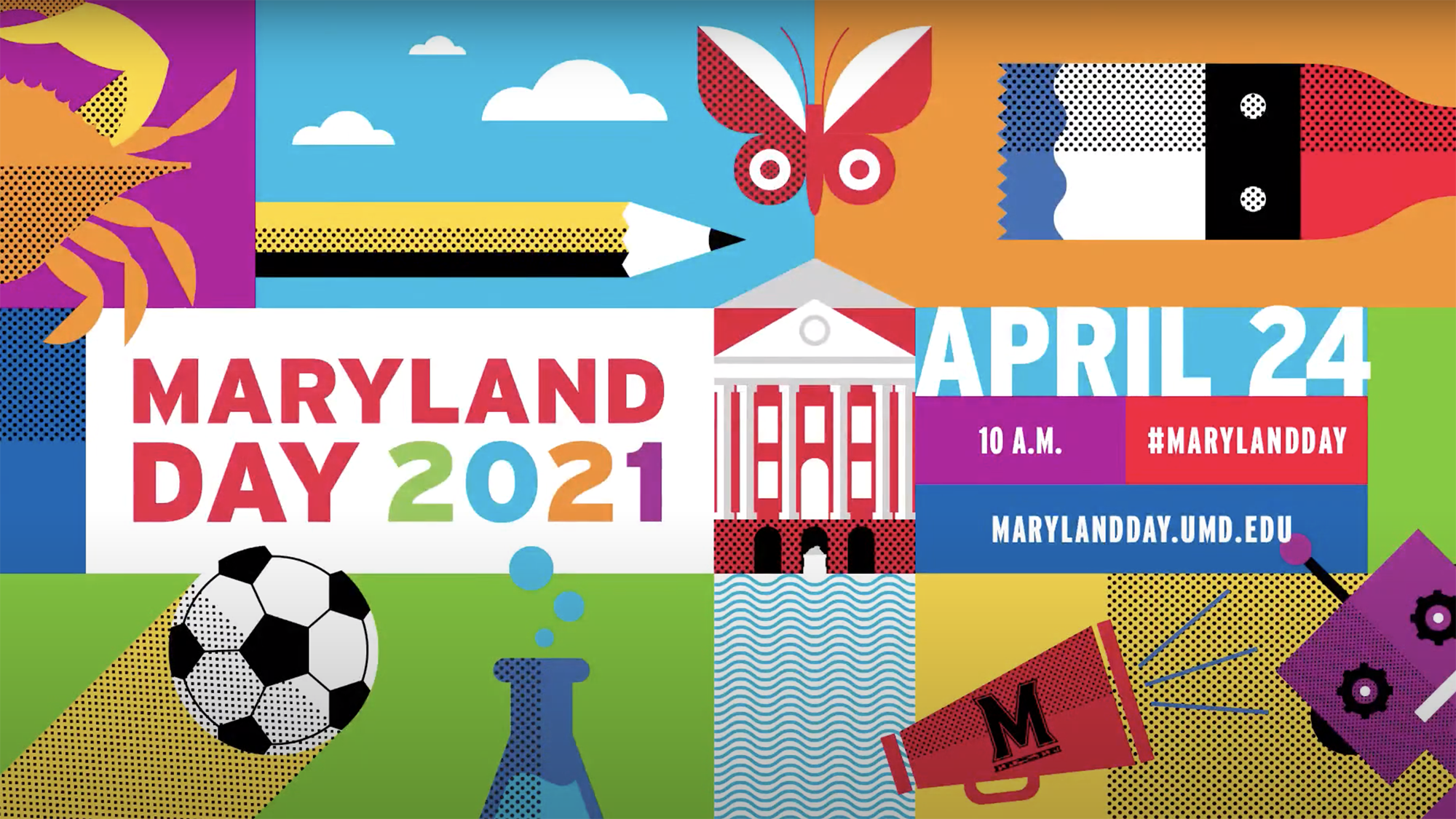 Maryland Day was held virtually this year due to the coronavirus pandemic.

By Vincent Petroni
For The Diamondback

Maryland Day, a long-standing tradition since 1999 that showcases the University of Maryland community’s achievements, returned online this Saturday after being canceled last year due to the pandemic.

Typically, on an in-person Maryland Day, the campus is filled with over 86,000 people and decorated with balloons, and tents are set up for events on McKeldin Mall. This year, the traditional spring football game was still held, and a variety of colleges and university departments created prerecorded videos to highlight different aspects of the community.

“Last year with the arrival of the pandemic … the event was one of the first major events to be canceled on campus, and this year we wanted to put something together. We wanted to bring the event back,” said Cynthia Martínez, one of the Maryland Day coordinators.

The Maryland Day livestream began at 10 a.m. and lasted about three hours. Martínez explained the program used prerecorded videos rather than holding separate Zoom events so the audience could experience the event together as if it were in-person and not have to decide between conflicting events.

Maryland Day kicked off with a “Fun Science for Kids” event presented by the computer, mathematical and natural sciences college. The event featured different experiments viewers could do at home and instructional talks about science.

Michael Raupp, an entomology professor, presented on cicadas in the D.C., Maryland and Virginia region as part of the college’s event. Raupp said there are usually insect petting zoos that families and students can interact with, which has won Best Children’s Event at Maryland Day.

However, Raupp was glad to continue the tradition of Maryland Day even in an online setting.

“I felt honored to be accepted as a spokesperson for our department,” Raupp said. “It was kind of a fortuitous collision of a virtual platform with a really truly spectacular natural event in the emergence of the Brood X cicadas. We just wanted people to … get out in their own backyard and really see a very cool insect event.”

“Engineering Is Awesome!,” an event by the engineering school, also showcased experiments that kids could do at home, including one on extracting DNA from a strawberry, a shake table experiment testing the seismic performance of Legos and a buoyancy test.

“I hope that the community still feels a tie to the University of Maryland through these events. We hope for our video in particular that kids and their friends or their parents or their loved ones might actually do some of these activities together,” said Erin Wessell, director of recruitment and outreach programs for the engineering school.

The arts and humanities college made an interactive video through a dance class taught by Ephrat Asherie, a New York City-based dancer. Asherie taught a sensory-friendly dance that viewers could follow from home, sitting down or standing up.

Erica Bondarev Rapach, the acting executive director of The Clarice Smith Performing Arts Center, said the interactive video gave a taste of what the college is about.

“We were very intentional in asking Ephrat Asherie to provide a dance class for Maryland Day,” Bondarev Rapach said. “There’s a little bit of nostalgia there as well, which is that Ephrat and her dance company were actually the last public performance at the Clarice before we were sent home for COVID.”