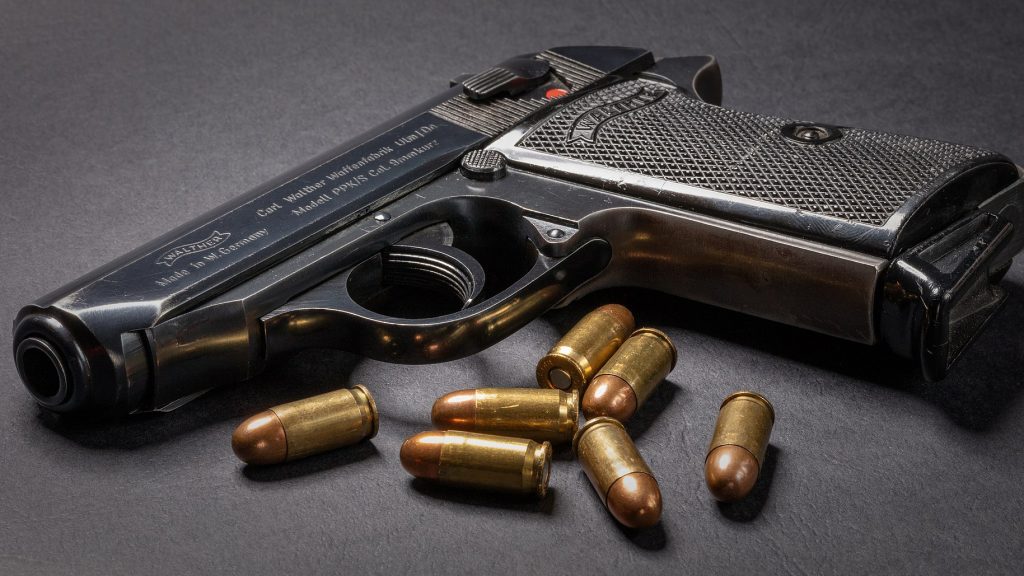 Dr. Woodie Kessel remembers a child he met when he was a medical student working in the emergency room at the Lincoln Medical Center in the Bronx.

The child had been brought in with a gunshot wound — another child had caused the injury after unintentionally discharging a firearm, Kessel said.

Since that experience, Kessel, who is a pediatrician and a professor of the family science practice at the University of Maryland’s public health school, has advocated for stricter gun legislation and preventative practices.

“Particularly as a pediatrician, you’re sensitive to prevention,” he said.

Kessel is among members of the university community who continue to push — and hope — for stricter gun policies, especially as mass shootings continue to proliferate across the United States.

In 2021 alone, there have been about 159 mass shootings in the U.S., according to nonprofit research group Gun Violence Archive. The archive defines a mass shooting as any shooting where four or more people were shot or killed, not including the shooter.

Last month, a bipartisan coalition in the House of Representatives passed two bills to strengthen the background check system. One bill prohibited firearm transfers between private parties, unless a background check is conducted, and the other closed a loophole that allowed gun sales to proceed without a background check after three idle business days.

Researchers and politicians, however, are unsure whether these bills will pass the Senate, where it is unclear if enough Republicans support the bills.

Now, Biden wants Congress to do more, including preventing people convicted of abuse from having a firearm, banning assault weapons and investing in community programs to prevent violence.

Dr. Joseph Richardson, a gun violence researcher and acting chair of this university’s African American studies department, is glad the recent mass shootings have led to greater public consciousness about the need for gun control. But he also wants people to focus on those who see gun violence every day in their communities.

“50 percent of all homicide victims in this country are Black, and the majority are Black men, but yet Black men are only six percent of the population, so you can see why the discourse around preventing gun violence for me is so important,” Richardson said. “That narrative has been ignored primarily because of racism.”

Richardson has seen the effects of gun violence in the local community firsthand. He conducts much of his research at the Prince George’s County Hospital Center and the R. Adams Cowley Shock Trauma Center, which is affiliated with the University of Maryland Medical School.

“Anyone who has worked in this space knows how it feels to hear a mother cry from a surgeon telling her that her son or daughter died from gun violence,” Richardson said.

Yet the research groups he’s part of are not getting enough money, which shows more progress is necessary, he said.

One group he is involved in, made up of gun violence researchers of color, has pushed for $5 billion for a research initiative that spans more than 40 cities, he said. The group originally pushed for $900 million in funding, so this proposal is an improvement, he said.

But he is wary of Congressional approval.

“Now, the question then becomes ‘will that pass through Congress?’” he said. “I highly doubt it will make it through the Senate.”

To Celeste Iroha, a sophomore nursing student at this university, advocating for stronger gun legislation in the current climate is an incredibly personal issue. In 2015, Iroha’s friend from high school was shot and killed in Greenbelt while celebrating his birthday. The police never found the perpetrator, Iroha said.

“I’ve lost too many family members and friends to gun violence,” Iroha said.

Iroha hopes Biden’s gun legislation measures will help create “a better chance” to end the gun violence epidemic, especially amid a pandemic that has seemingly caused a drop in discussions about gun violence, she said.

“Nine times out of 10, people just leave it because … it doesn’t affect them,” Iroha said. “We should look at it with the mindset that it affects everyone.”

Biden’s recent push for stricter legislation is a “valiant and an incredibly important contribution” in curbing the issue, Kessel said, but he wonders if the executive actions will solve the root causes of gun violence in underprivileged communities.

“People who feel that they don’t have access to jobs or housing or food… it’s not a justification for engaging in criminal behavior or harming somebody, but you could see the frustration,” he said. “If there’s weapons in the household, and you’re frustrated… it frequently has a tragic consequence.”

Kessel’s personal experiences with gun violence did not end after his time as a medical student. He later became friends with Jeremy Richman, whose daughter Avielle died in the 2012 shooting at Sandy Hook Elementary School. Richman died by suicide, which reminded Kessel of the impact that one incident of gun violence can have on a much wider community, he said.

For him, the continued fight, especially now, is about the sentiment that “life is precious,” he said.