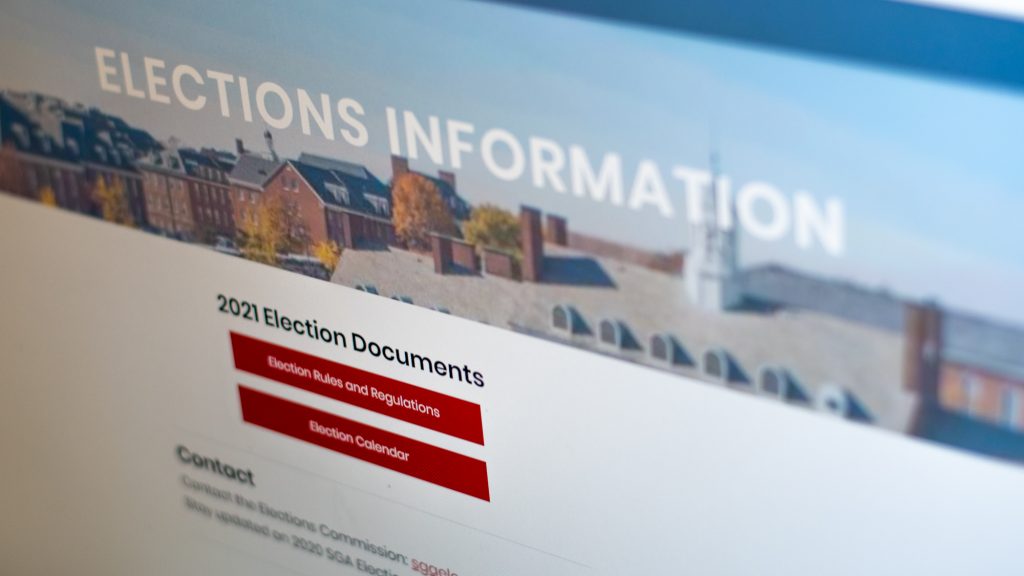 This year, only one party is running in the SGA elections. (Joe Ryan/The Diamondback)

This year’s University of Maryland SGA elections will only consist of one party, with no candidates running with unaffiliated parties.

The party — Activate Maryland — began campaigning on Wednesday. The voting period will begin on April 20 at 8 a.m. and end on April 22 at 4 p.m. The new legislature will be inaugurated the Tuesday before the new legislative session’s first general body meeting.

This year’s ballot will also include a question on whether Francis Scott Key — the writer of the “The Star-Spangled Banner” and a slaveowner — violated the university’s values. Depending on the results of the ballot question, the SGA may create a petition and propose to remove Key’s name from Francis Scott Key Hall.

[UMD students explore job opportunities at Stamp virtual job fair]
Below is a list of Activate Maryland’s candidates and the positions they are running for: