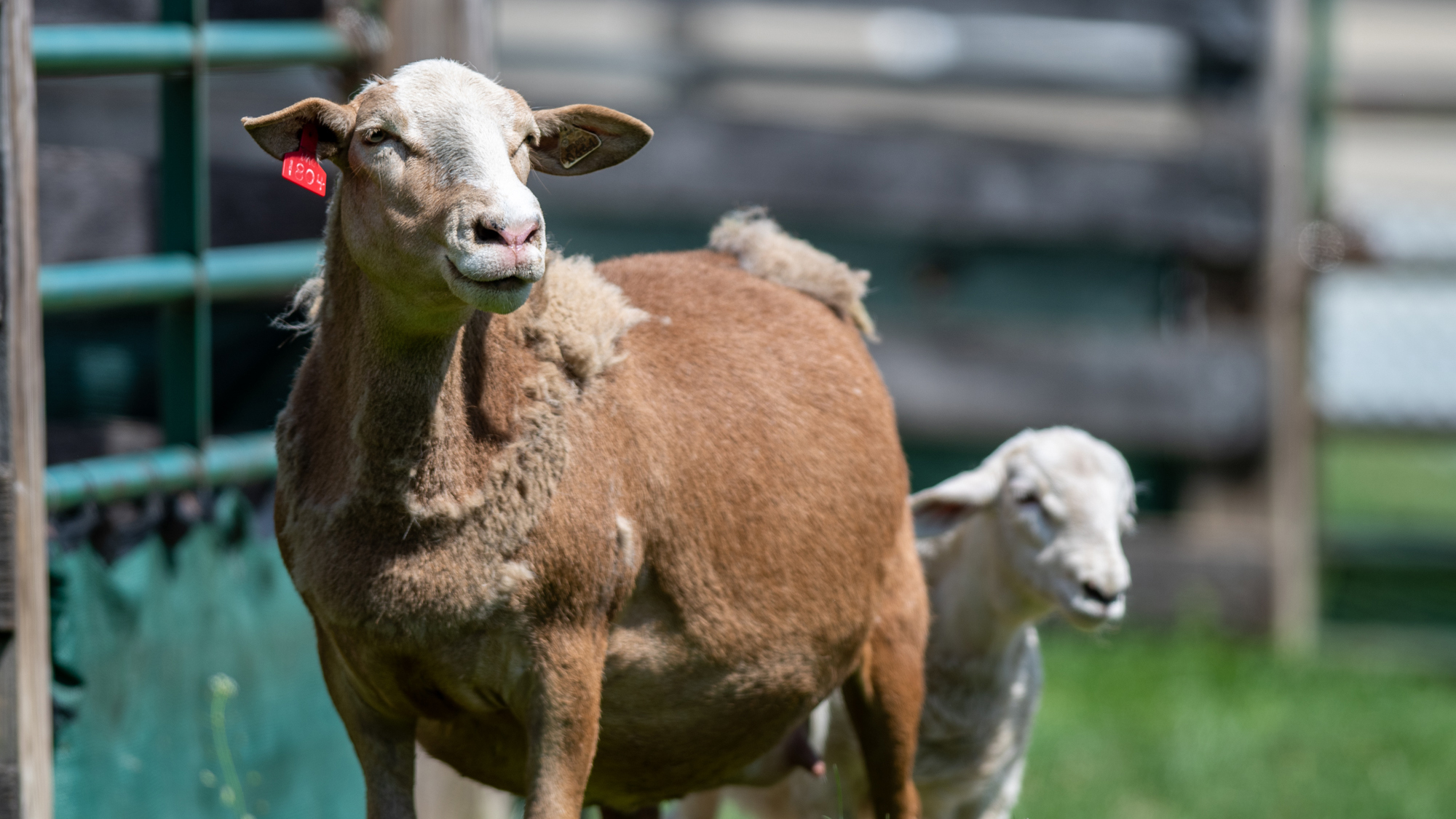 Like many other courses at the University of Maryland, ANSC245: Sheep Management consists of lectures, exams and labs. But there’s something that sets this lab-based class apart from the others: working with sheep at the Campus Farm.

The class, colloquially known as “Lamb Watch,” teaches animal sciences majors to be shepherds. Dr. Sarah Balcom, who teaches the course, described it as a “deep dive into the care of commercially-raised sheep.”

The course, which is only offered in the spring, looks different this semester due to social distancing requirements. There are currently two blended sections and an online section.

Rather than working with the animals on the farm, students in the online section have both asynchronous and synchronous instruction. It’s not the same as handling the live animals, Balcom said, but it provides an overview of the required tasks.

Students in the hybrid sections must adhere to capacity restrictions on the farm. During a normal school year, there would be 19 to 20 ewes — female sheep — and their lambs. This semester, though, only 10 ewes were bred. The farm is also home to lambs, a few unbred yearling ewes and a couple of rams and wethers, which are castrated male rams, Balcom said.

“We had some concerns that if, for some reason, campus had completely shut down, we didn’t want more animals and lambs than our own Campus Farm crew could take care of,” the animal and avian sciences lecturer said.

In the classroom, Balcom teaches students about basic care of newborn lambs: how to feed them correctly, how to weigh them and how to administer vaccines. Students then take off to work at the farm on the campus, applying their newfound knowledge on the sheep living there.

“We learned how to handle foods and get [the lambs] to the scale to weigh them,” said Eliza White, a sophomore animal sciences and Spanish major.

[Geoscience is one of the least diverse STEM fields. Three UMD faculty hope to change that.]

In the first half of the semester, students partake in watches on the farm, where they do farm chores and watch the ewes for signs of labor. These watches start late at night and often end at midnight or even later. Shannen Auffarth said she would sometimes leave the farm at 1:30 a.m. on school nights.

“A lot of [the watches were] general care and maintenance, so feeding the animals, making sure that they’re all clean and doing well,” the junior animal sciences major said. “If we had any babies that weren’t nursing, we had to bottle-feed them.”

Each pair of students is responsible for one ewe for the semester. When the ewe gives birth, the farm manager calls the students in to help with the process, and the students learn to administer physical exams on the lambs.

Caitlin Ryan, a junior animal sciences major, said the course takes on a different approach than other courses.

“A lot of classes can be more vet or clinical-based, whereas this is a lot more management-based,” she added. “You are taking care of the lambs, and you do have to do the physicals, but it’s learning how to also run a sheep operation, so that you could do this on your own later in life if you wanted to.”

Like most courses, Sheep Management also has tests. Despite the seemingly intense commitment to farm life, Balcom said students usually do very well on these assignments.

“My students … will tell me it’s easy to study because they were so concerned about doing a good job for the living beings that they’re caring for … that the grade is not the thing that mattered, it was the lambs that mattered,” she said.

By providing students with various sheep care responsibilities, they’re pushed outside of their comfort zones, Balcom said, but they learn how to take excellent care of the animals.

“I love watching the transition from the first couple of weeks where the students are really nervous about this [to watching] them become practiced and confident,” Balcom said.

Ryan said she particularly enjoys watching the lambs grow up and formed an attachment with them.

“We couldn’t be on the farm for a few weeks because of [the sequester-in-place order] … and classes being canceled right after spring break, so even just going back after a few weeks, you see how big they got,” she said. “It’s really cool to see them grow and get to stick with them and see them prosper as they get older.”