Geoscience is one of the least diverse STEM fields. Three UMD faculty hope to change that. 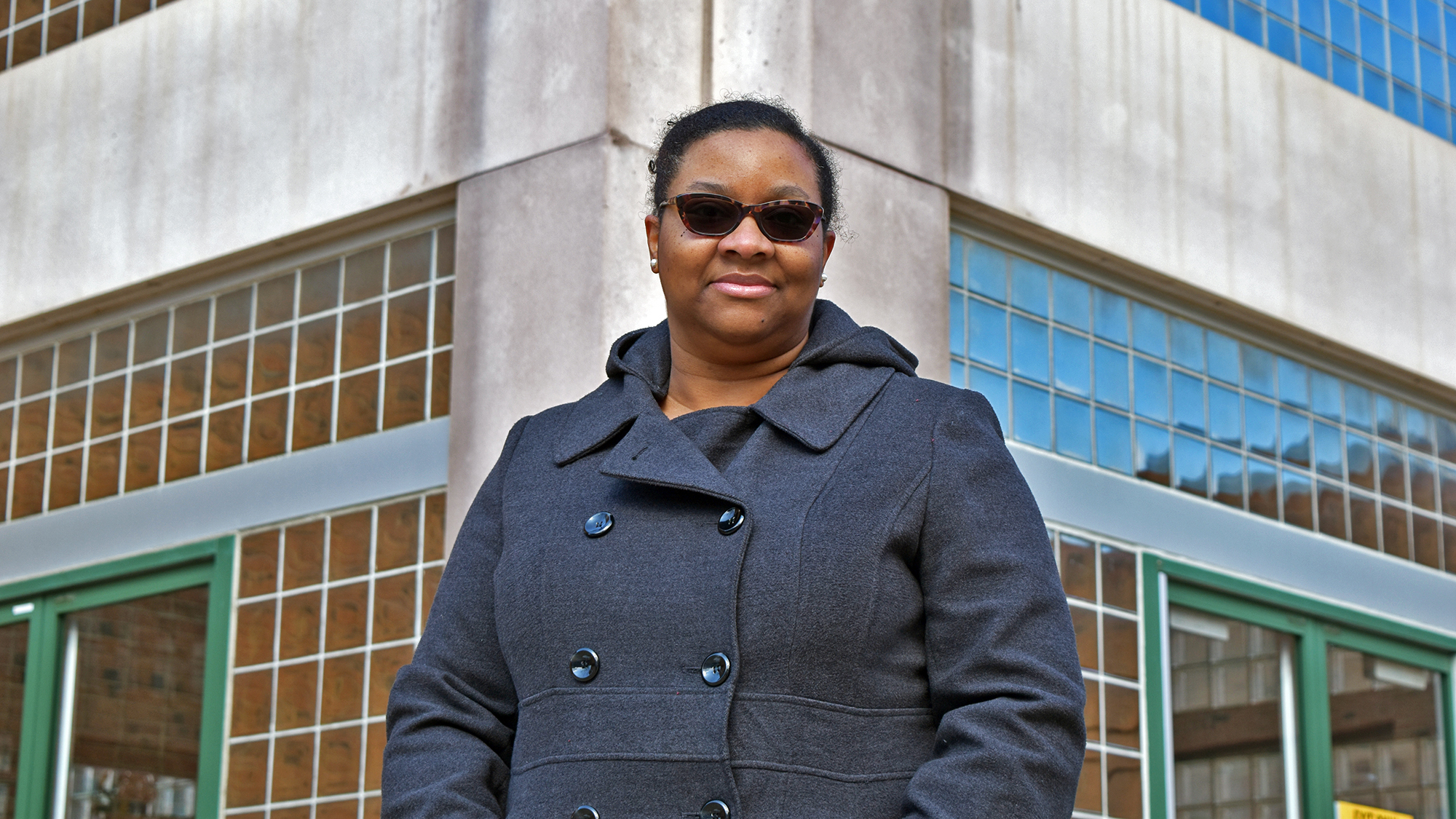 Dr. Candice Duncan poses for a portrait in front of the Animal Sciences building on Feb. 20, 2021. Dr. Duncan is an instructor for the PEARLS program for diversity inclusion in geoscience. (Autumn Hengen/The Diamondback)

Three University of Maryland faculty members are creating a program to make geoscience — one of the least diverse STEM disciplines — more accessible to underrepresented communities.

The program consists of an introductory geoscience course, access to certifications related to geoscience and a component where students can work with institutions such as the Environmental Protection Agency, National Institute of Standards and Technology and Department of Energy. Though the program is currently still in the works, the goal is to have between 10 and 15 students in each cohort, or graduating year.

The group hopes to have its first cohort of students by the end of the spring semester or the beginning of next semester, Duncan wrote in an email.

The faculty members aim to engage students from nontraditional fields — defined by Duncan as students not part of STEM fields who want to add components of the environment to their work — and steer them into geoscience research and field work, Duncan said.

They define geoscience as “the marriage of geography plus earth science,” Duncan said.

“It’s a very big, broad umbrella,” Duncan said. “You can be in hydrology and be considered a geoscientist, but you could also do soil morphology and consider yourself a geoscientist.”

[MaryPIRG is pressing Wendy’s in fight against antibiotic overuse]

According to the American Geosciences Institute, environmental science and geoscience occupations have the lowest participation rate of underrepresented minorities out of all science and engineering jobs.

In addition to the program’s requirements, the faculty members will mentor the students, using their experiences as women of color in the geoscience field to offer advice.

“We have a direct relationship [and] knowledge base of how especially women and students of color can go from undergrads to Ph.Ds in this field,” Duncan said. “We’re not speaking from secondhand knowledge — we’re speaking from our own experiences.”

One of the courses in the program is AGNR320: Introduction to Geoscience, taught by Asa-Awuku and Duncan. The course is designed to expose students with STEM or education majors to geosciences and see how they can apply what they learn to their major. Though the course is already offered at the university, it will be a part of the program when it launches.

Junior computer engineering major Maurice Bugg is one of three students enrolled in the course this semester. While Bugg doesn’t plan to pursue a major related to geoscience, he wants to incorporate it into his work — he’s interested in topics regarding renewable and clean energy.

“The environmental sciences, I think it can help me,” he said. “Maybe I can find ways to combine the two [fields] so that we can make more efficient technology.”

As a Black student, Bugg noticed there are not many people of color in the geoscience field. It’s hard not having that many people he can relate to, he said, but he appreciates having two Black professors because they’ve experienced the same struggles as him and he can lean on their support.

“Just because I don’t see other people like me in there, it’s not gonna hold me back from trying,” he said. “If I try, then that can kind of have a domino effect and let other people … who are following my same footsteps can take the same lead I am, going into these challenging and not well-diverse areas.”