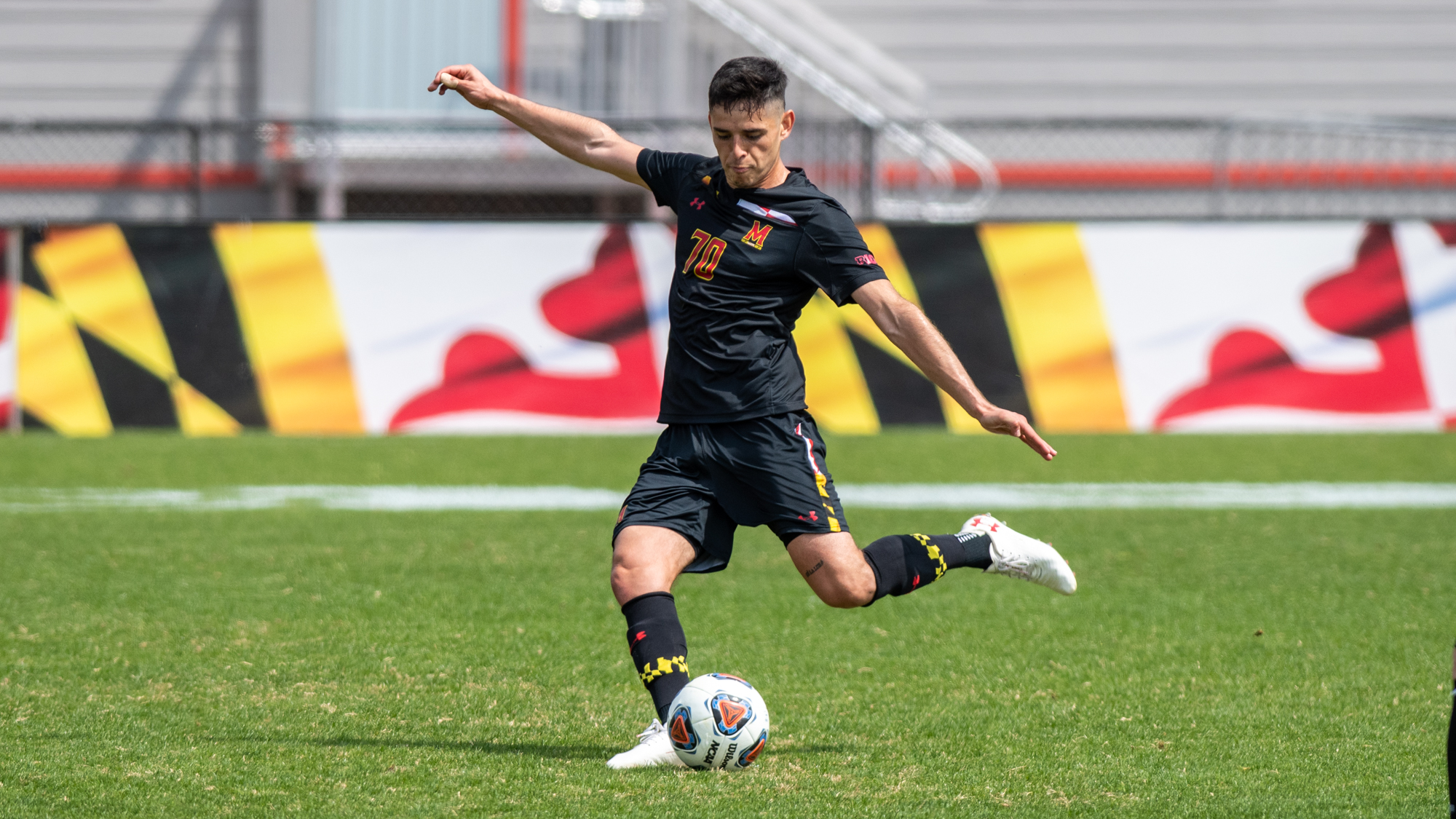 Oren Asher wouldn’t stop yelling. The Rutgers goalie slammed the bar, shouted expletives and wiggled around in the net, trying to distract Maryland’s Brayan Padilla as he stepped up to the spot to take a penalty kick.

Padilla’s shot expressed more than anything Asher could scream.

The junior chipped the ball down the middle of the goal while Asher flew to his left and stared at the keeper as he walked away.

Padilla’s make kept Maryland alive in a tense penalty shootout in the Big Ten Tournament quarterfinal. It was also the culmination of a difficult season for Padilla, which has seen his minutes fluctuate and his performances deviate — moving from a starring role to languishing on the bench. But as the season gets more competitive and the stakes continue to rise, Padilla is rounding into form.

The attacking midfielder started Maryland’s first three games of the season, but he only had a limited impact; 16 months removed from a major ACL surgery, the junior looked every bit a player lacking in sharpness. For every flash of quality — a dangerous shot, a deft pass — there was an overhit ball or missed penalty kick.

“We started him a few games, he had some good moments, but then the body just wasn’t ready yet,” coach Sasho Cirovski said.

So Cirovski moved Padilla to the bench, hoping to bring him into the game once the immediate intensity had slowed, alleviating the stress on his body. The Terps were cautious with him, too. His minutes plummeted from 76 in the season opener to as few as 13 against Michigan in early March.

But his form has steadily returned, and Cirovski’s plan has started to work. Mike Heitzmann has offered valuable production as a starter before he is relieved by Padilla, usually sometime in the first half.

“You see him kind of coming into the fold and being able to get the playing time and the minutes that he deserves,” forward Justin Gielen said.

Padilla’s minutes have steadily increased since his season-low 13. He hovered around half an hour for a couple games. Then, on Saturday, he was entrusted with 86 and moved back into the starting lineup against the Scarlet Knights — the biggest game of the year so far.

“The last two weeks, he’s looked like he’s had a little more of a little pep in his step, I guess you can say, a little more pop on his shot,” Cirovski said. “And that’s why I started him.”

And with more time on the pitch, Padilla’s quality has started to show. Though he hasn’t found the net, Padilla has been more accurate with his shooting and has challenged opposing goalkeepers more frequently. Against Wisconsin, he tried a bicycle kick that went just wide. Against Penn State, he was denied by a desperate tackle. And against Rutgers, Padilla seemed certain to win the game, had it not been for a heroic last-minute save from Asher.

As the season comes to an end, with the Terps needing to beat No. 3 Indiana to solidify their NCAA tournament hopes, Maryland is hoping Padilla continues to grow.

And if his poise, confidence and quality — the type that saw him calmly chip Asher — continue to grow, the Terps just might beat the Big Ten’s best.

“I feel very good, and I feel very confident about this next game,” Padilla said.