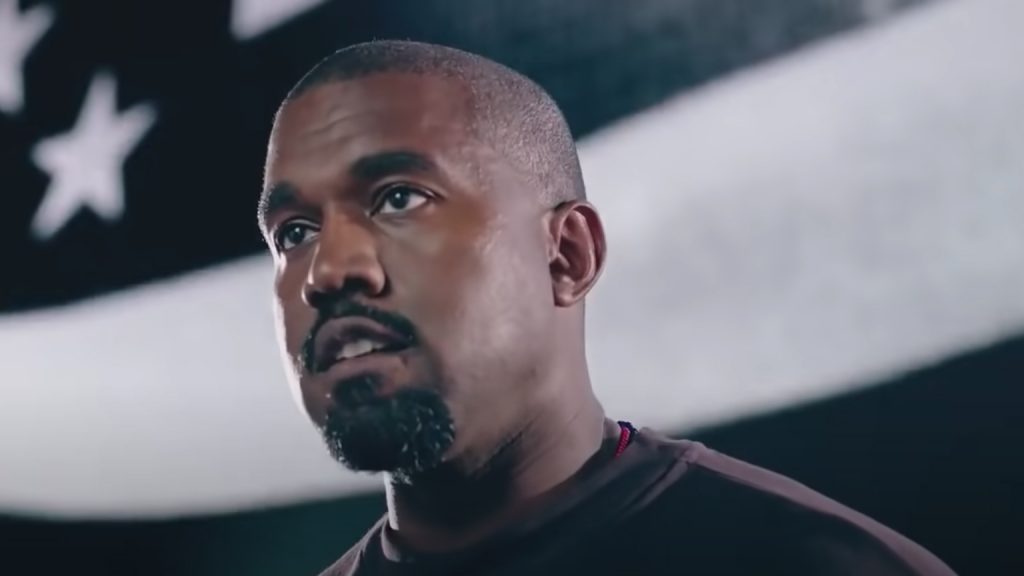 Kanye West ran for president in 2020. (Screenshot via YouTube)

We constantly talk about the American political system being broken and ineffective, and we can blame that on so many problems, including our inability to heed our Founding Fathers’ warnings about a two-party system. However, they neglected to alert us of a much bigger threat: the rise of a deeper-rooted evil among our richest and most successful. Let’s call them “celebriticians.”

A celebrity running for public office is really nothing new — Ronald Reagan, Jesse Ventura and Arnold Schwarzenegger obviously had successful campaigns — but the Trump presidency made the lines between public servant and public figure more blurred than ever.

Less than a year following the end of Trump’s administration, countless celebrities have toyed with the idea of representing us common people. Matthew McConaughey, Geraldo Rivera, Dwayne “The Rock” Johnson, Caitlyn Jenner and Herschel Walker have all recently expressed interest in Congress, governorships and even the presidency. Apparently, they all looked at the former reality television star and thought, “If he can be president, then so can I.”

To that, I say: no, you can’t. Trump’s calls to “drain the swamp” did not imply that we should repopulate it with celebrities — they have no place in public office.

Most career politicians are far from being in touch with their constituents, but no one is more separated from reality than an Olympic-athlete-turned-reality-television-star, or someone like Herschel Walker, an ex-NFL player with an abuse allegation. They have not lived the life of a normal American in decades — or, possibly, ever.

Plenty of people are in favor of celebrity representation, though. Fifty-eight percent of respondents in a poll from Piplsay, a consumer research platform, said they would support Matthew McConaughey’s and/or Dwayne “The Rock” Johnson’s campaigns. Really, it makes sense those powerful individuals could make political decisions in a place like the United States.

Many Americans are willing to make anything — and anyone — “an icon.” Politicians are often treated like celebrities or influencers in this way, which further blurs the lines between two careers that are theoretically very different. For example, President Joe Biden’s rescue dogs have fan-made social media accounts entitled “The Oval Pawffice.” This is not the first time we have fallen in love with famous people’s personalities and private lives — or what we perceive them to be. Often, this has nothing to do with reality.

[The everlasting appeal of Dolly Parton]

Americans also idolize attractive, rich, charismatic people. We easily prioritize those traits over intelligence and generosity when choosing who we place at the “top” of our society. But come on, let’s not be so obvious. I love how attractive, rich and charismatic Matthew McConaughey is, and he is obviously less polarizing than Texas Gov. Greg Abbott, the man he would theoretically run against. However, do we really trust McConaughey’s opinions on tax reform?

Americans’ civics knowledge is not great, so it’s no wonder people who don’t take the political system seriously have few concerns about potential Hollywood transplants. Our government may be worthy of a reality show, but let’s avoid a cast crossover. Some chaos is better than complete chaos.

In all fairness to celebrities, they are often pressured to use their massive platforms to help the public good. If they remain silent on pressing societal issues, we are quick to call them out for being bystanders or unworthy of their power.

For example, Kim Kardashian has made a tangible difference by using her power to influence the criminal justice system. She should absolutely continue to do this important work but remain an influencer and involved citizen, rather than an elected official.

This is one of the few times I will ever defend career politicians. They can be just as slimy and corrupt and may even be friends with the celebrities just mentioned. However, I prefer to live under the naive comfort that these people are the most educated and qualified to make decisions for me.

Being a celebrity does not automatically make you unqualified for public office — but please at least be more qualified than Kanye West.