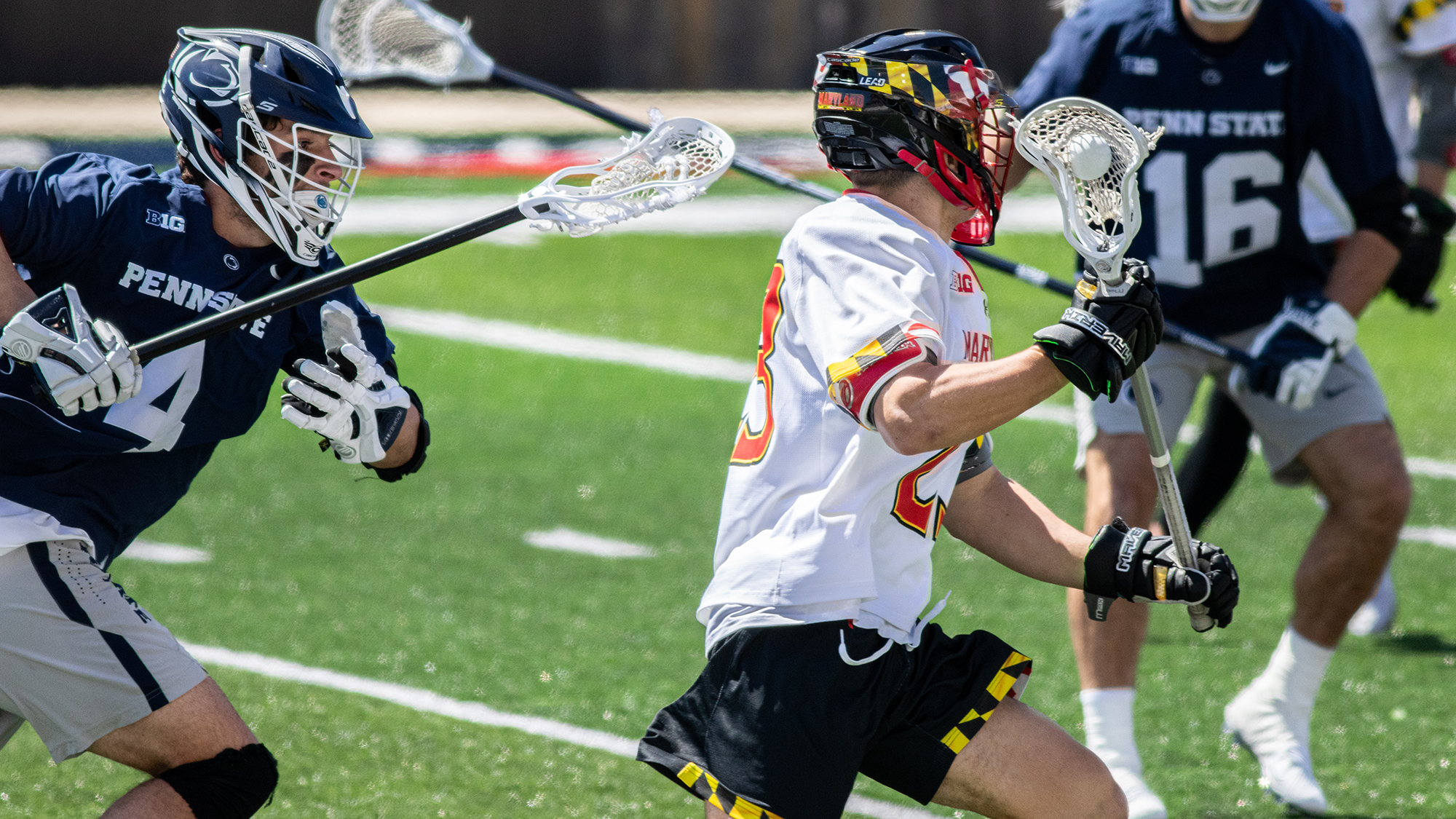 Just as Logan Wisnauskas received a pass on the far side of the field, Jared Bernhardt took a few steps toward the cage, knowing that Wisnauskas could easily find him in front of the crease.

Bernhardt secured the ball near his hip, jumped and dunked in his fourth goal of Saturday’s game at Michigan to put Maryland men’s lacrosse up, 6-5.

The Terps scored 12 more goals after that Bernhardt shot, and 10 of them were assisted. In its second win over the Wolverines this season, sharing the ball was crucial for Maryland.

“We have an unselfish group,” coach John Tillman said. “When we’re playing our game and the ball is spinning … and guys are just keeping the ball hot and are aggressive, that’s when we’re at our best.”

Five players accounted for all 18 of the Terps’ goals on Saturday, as they opted to feed the hot hand at different points in the game.

First it was Bernhardt, who scored all but one of his goals in the first half. Then, Anthony DeMaio took over, scoring the final three goals of Maryland’s stretch of 16 markers in a row. All three were assisted by different Terps.

With players on the attack who can ignite the scoring effort at the flip of a switch, Maryland’s offense can become completely unpredictable.

“Anytime we’re out there, we’ll have six guys that can handle the ball and usually are pretty two-handed,” Tillman said. “They can cut; they can feed; they can score. It’s really just getting them to trust the ball movement.”

An obvious obstacle in preparing for the Terps’ potent offense is the skills and IQ of Bernhardt. His teammates and coaches have said that he’s not only valuable because of those traits, but also because he can distract the opposition from other weapons in Maryland’s arsenal.

That’s what happened during the 16-0 run Saturday. After Bernhardt notched his fifth goal of the day, the Michigan defense continued to put extra pressure on the three-time All-American. And he adjusted.

Bernhardt assisted on two goals during the rest of the run and didn’t score again himself, allowing players like Wisnauskas and DeMaio to assume the scoring duty.

“I think it’s going to be natural with Jared because the ball’s in his stick a lot,” Tillman said, “and he’s a very dynamic player and a great decision-maker. Every time he gets it, he’s gonna put some pressure on teams, and that will open up things for everybody else.”

The Terps finished with 13 assists on Saturday, which tied their season high set against Johns Hopkins on March 6. Eight different Maryland players had an assist, and midfielder Kyle Long led the team with three helpers.

With only two games left in the regular season, all 10 Terps on the field are on the same page at any given moment, creating a nightmare for teams trying to defend them.

“We try to play very organically where we will go out there, but we don’t want one possession to ever be the same,” Tillman said. “The ability to have guys that move all over the field and can play in almost every spot really does help.”