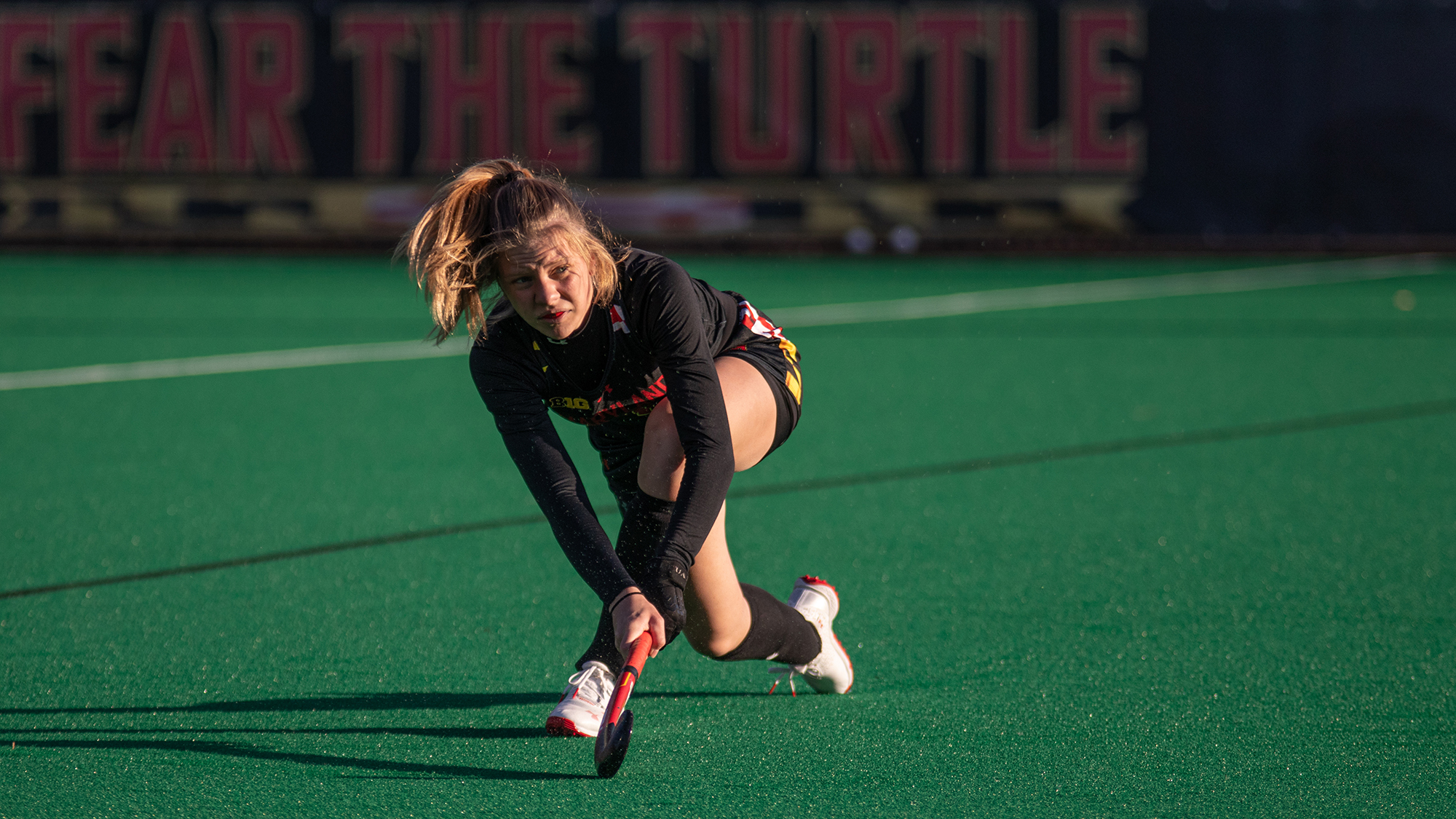 Late in Maryland field hockey’s loss to Iowa on Sunday, Hawkeyes forward Maddy Murphy blasted a backhanded shot toward the cage, searching for the team’s third score of the day.

Murphy, a senior, has netted seven goals this season, good for second place in the Big Ten. A season ago, she led her talented Iowa squad in goals, assists and points. She has a wealth of experience, and her shot was perfectly placed.

But it was turned away. Terps defender Rayne Wright snuck inside, diving to break up Murphy’s shot and keep the match at 2-0 with under six minutes to play.

“I just wanted to deny her of any type of shot or goal,” the freshman said.

Maryland’s defense has helped limit the damage in a stacked Big Ten, which has six teams ranked in the National Field Hockey Coaches’ Association’s most recent top 20 poll. And if opposing teams get past the defensive unit, goalkeeper Noelle Frost is there to bail her team out. She has made 47 saves this season — second in the conference.

Outside of Wright, Riley Donnelly is a key component of the Terps’ defense. Her efforts on the backline were rewarded three weeks ago when Maryland held Indiana to just one goal across two matches, earning Donnelly Big Ten Defensive Player of the Week accolades.

And this Terps’ defensive corps will need to remain sturdy as the regular season nears its conclusion. The road isn’t getting easier for No. 11 Maryland (6-4), starting with a back-to-back against No. 5 Michigan this weekend.

Much like the Terps, the Wolverines bring a strong defense to College Park. Michigan has let in just five goals throughout the season, tied for the second fewest in the Big Ten.

And as Maryland readies to face an opposing offense that has found the net 14 times this year, the defense needs to ensure its communication remains clear.

That charge is usually led by Frost, who is always yelling out commands to the backline.

“Kyler [Greenwalt] said the other day, ‘When Noelle says to do something, do it,’” Meharg said.

Still, the Terps are wary of a Michigan team that has scored six goals in its last two games. And in the ultra-competitive Big Ten, those key defensive players will need to perform.

That might not be a problem after Maryland only conceded once to an equally efficient Iowa offense. Either way, the Terps have set themselves up for success.