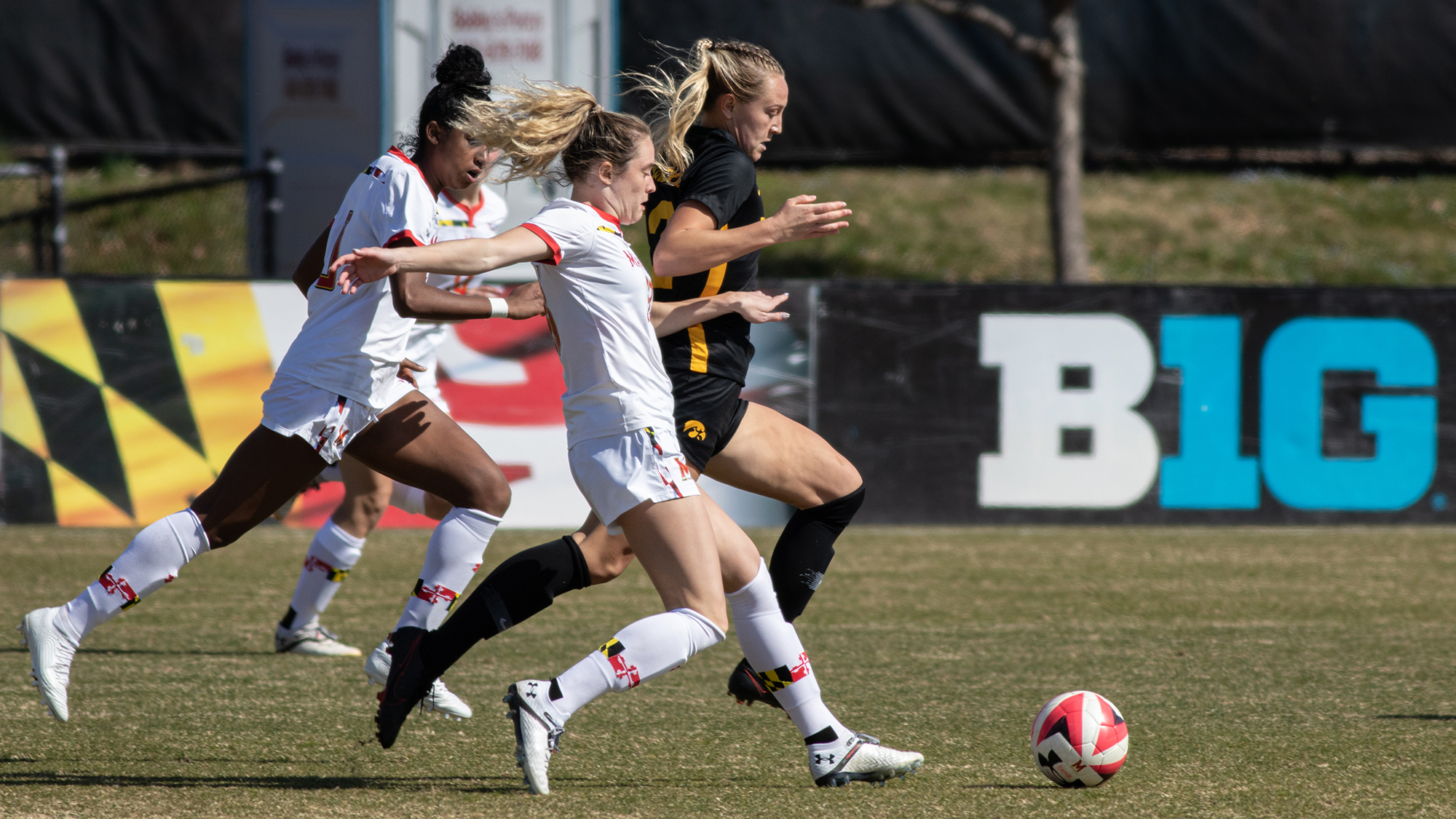 In its last regular-season game, Maryland women’s soccer fell victim to Penn State — a team that dominated the Big Ten this year.

Saturday’s game ended with a final score of 6-0, featuring a series of goals that proved the Nittany Lions are just as good as their track record suggests. With a record of 9-1-1, Penn State sits in first place in the conference standings, and, given the performance it provided in its blowout victory over the Terps, it’s a position that is richly deserved.

Saturday’s match was an unprecedented one for Maryland, as the Terps had yet to experience such an unequivocal loss. Besides a four-goal thrashing at the hands of Michigan, coach Ray Leone’s squad has typically fallen in narrower contests.

Penn State changed that. The Nittany Lions scored three goals within the first 16 minutes, establishing their dominance in record time. Even Kennedy Tolson, the Maryland goalkeeper who has played a key role in net this season, couldn’t prevail against Penn State’s highly talented offensive line.

“We have a team that wants it. We’re gonna have games where we don’t always get the result, but I’m really confident in all 28 members of this team,” midfielder Sydney Staier said.

Midfielder and forward Frankie Tagliaferri played an important part in five of the goals, scoring twice while notching three assists on Saturday afternoon. The senior has scored six goals thus far in the season — an impressive feat for a player tasked with helping out on both sides of the pitch.

Tagliaferri’s first goal was a clear indication of her two-way approach to the game. She stole the ball from Olivia Hicks, who was attempting to carry the ball away from the Terps’ half. After gaining possession, Tagliaferri pushed forward and sent the ball straight to the back of the Terps’ net from twenty yards out.

But that was only a small sample of the Nittany Lions’ ruthlessness in front of goal. Less than ten minutes later, midfielder and forward Payton Linnehan drove the ball up the right side of the field. In her first attempt to make a cross, she hit Emily McNesby in the face, causing her to fall to the ground.

In the few seconds that McNesby was unable to defend, Linnehan pushed past her and sent the ball across the net to midfielder and forward Rachel Wasserman, who was open in front of the net. Wasserman neatly tucked the ball into the bottom right corner of the net, seemingly putting the game away with 73 minutes left to play.

From there, Penn State would continue to mount an assault on Maryland’s goal, ending the day with 25 shots. If not for the efforts of Tolson and Krista Varrichione — who combined for nine saves — the scoreline could’ve been even more crooked.

While Saturday’s match was certainly a difficult one for the Terps, they are not finished yet.

“I think that a big part of Maryland culture and being a part of this Maryland athletics family is the theme of resilience,” Staier said. “So I’m excited for what’s to come, whatever that may be.”