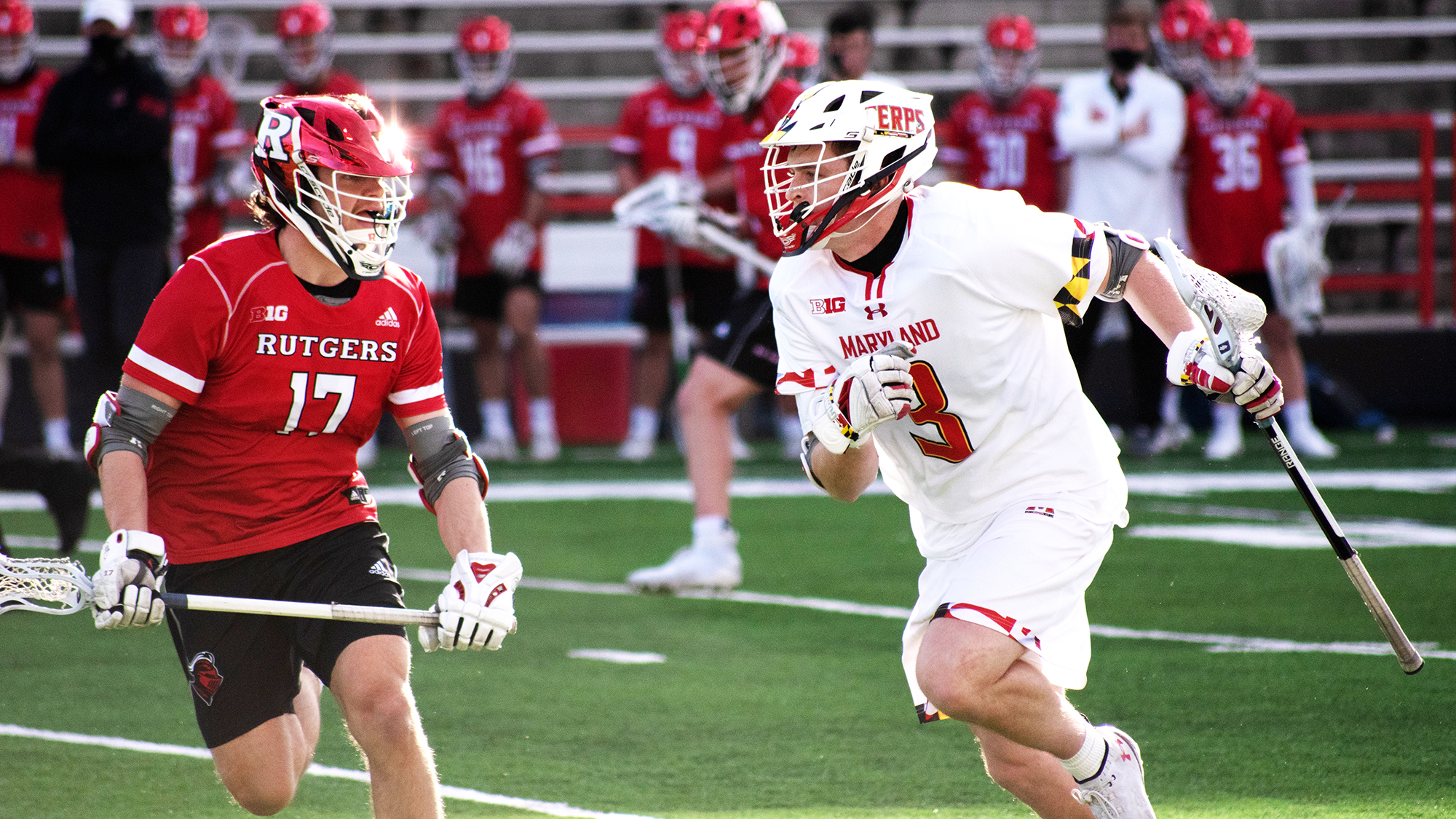 Coming off a Jared Bernhardt goal to start the second quarter, Justin Shockey set his stick back on the turf and searched for just his second faceoff win in Saturday’s game at Ohio State. He didn’t find it.

Instead, Shockey lost the battle for the sixth time that afternoon, which prompted coach John Tillman to ride with sophomore Luke Wierman the rest of the way.

Tillman has pulled the long-time faceoff specialist in favor of a younger player twice this season. Shockey’s inconsistency has been one of the lone vulnerabilities for Maryland men’s lacrosse during its 5-0 start to the year.

“We got to do some things better,” Tillman said. “Luke Wierman did a good job of helping us at the faceoff X, but that’s something we’re going to have to look harder at. You can’t give away that many possessions.”

The senior leads the squad with 347 career faceoffs won. But after his spotty performance in Columbus, Shockey’s faceoff percentage fell below 50 percent on the season, a steep drop from the 62 percent of faceoffs he won last season.

After shining for the Terps through six games last season, Shockey and other faceoff specialists across the country were thrown a curveball over the summer. In July, the NCAA approved a rule change that eliminated the motorcycle grip during faceoffs.

The motorcycle grip allows faceoff specialists to hold the stick with both palms down, but the new rule forces them to start standing and move the ball in a continuous motion.

Though he’s never used it as an excuse, the rule change certainly disrupted Shockey’s routine at the faceoff circle.

“I personally had never really been a stand up, underhand kind of guy,” Shockey said. “I think I was shocked as most people were.”

When Wierman came in on Saturday, he struggled to gain possession at the X as well, winning none of his first three attempts. The 6-foot sophomore finished 7-20 on faceoffs, still well below Shockey’s .476 faceoff percentage.

But the Terps made the most of the faceoffs converted by Wierman, including the first goal of the season by long stick defenseman John Geppert. Geppert scooped up a ground ball off a faceoff won by Wierman and scored to put the Terps back up by three.

Those opportunities proved less common when Shockey was at the X, which would normally be detrimental in a close game.

“We definitely weren’t clean,” Tillman said. “They did some things that gave us some problems, again some things to work on. You give a team that many extra opportunities, good teams are going to take advantage of it.”

Tillman benched Shockey for the first time on Feb. 26 at Penn State, after he got off to an 0-6 start at the X. Sophomore Conor Calderone replaced him on that occasion, going 7-17 in the final three quarters.

Maryland hasn’t said who will get the start in its rematch against Rutgers this weekend, but Shockey’s future controlling faceoffs appeared to be murky before his struggles with the Buckeyes.

“He’s had a good career for us,” Tillman said. “Obviously the Penn State game didn’t go his way, but that’s the way sometimes it works. I loved that Conor Calderone jumped in and just gave us a huge lift in the second half.”

Following two solid performances against Johns Hopkins and Rutgers, Tillman praised Shockey’s ability to work through struggles but said he still has work to do.

Whether it’s him or somebody else at the X, Shockey said he wants Maryland’s faceoff game to improve.

“It’s just back to the drawing board,” Shockey said. “If not me, one of the other guys is going to step up, and we’re all just helping each other get better everyday. That’s kind of our motto.”