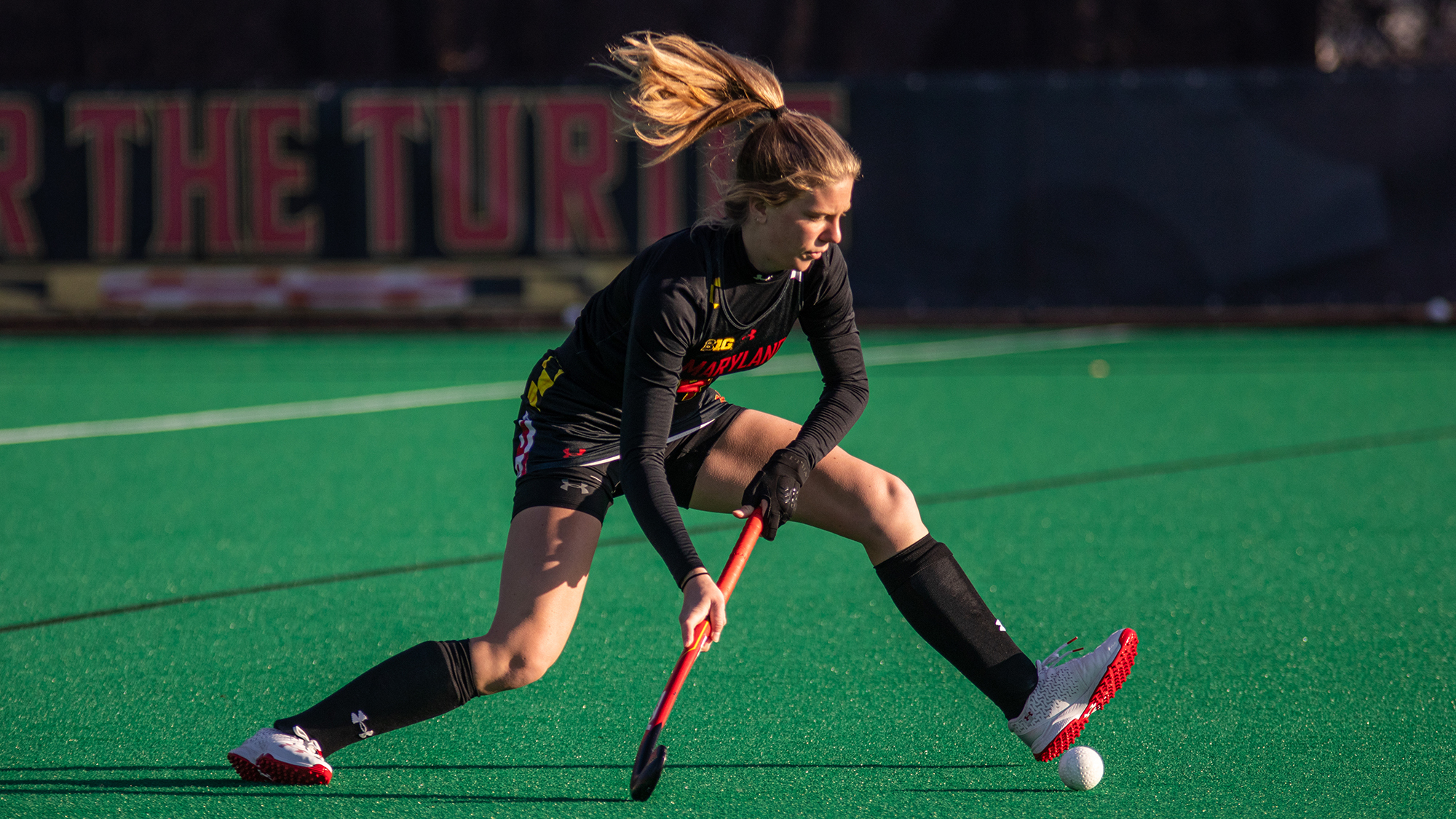 Bibi Donraadt stood on the backline near the east goal at the Field Hockey and Lacrosse Complex during the second half of Maryland field hockey’s 3-1 win over Indiana on Sunday.

The junior was there to insert the Terps’ fourth penalty corner in the span of just 31 seconds.

Last weekend, coach Missy Meharg’s squad drew 17 total penalty corners, while the Hoosiers’ managed just three. But as Meharg has said, it’s not just earning these opportunities — it’s capitalizing on them. And three of the team’s eight goals this weekend came off penalty corners.

“We’ve been hitting so much in training sessions,” Meharg said after Friday’s 5-0 win. “We’re all looking at each other like, ‘OK, when are we gonna score some of these goals in games?’”The team continues to rank among the best in the conference at giving itself these chances to score. It’s drawn 47 total penalty corners, good for second place in the Big Ten. Its offense is also averaging 2.13 goals per match, ranking third in the conference.

This weekend, Meharg shook up her rotations at times. On most corner attempts this year, Donraadt would insert the ball to Maura Verleg, who would set Riley Donnelly up for a drag flick.

“It’s nice in penalty corners to have different ways that you actually play the ball into the cage,” Meharg said. “So we’ve got people who can hit; we have people who can drag flick, and Maura, of course, sweeps the ball, and she’s got a very deceptive sweep.”

Last season, Maryland was well out in front of its conference, leading the Big Ten after earning 149 penalty corners. It also led the conference with 364 shots.

Though Maryland lost a handful of players from the 2019 team, including defender Bodil Keus, Verleg has started to fill that gap. She is stepping into her role on the Terps’ backline while being in the middle of most of the team’s corner attempts.

And Verleg continues to play a critical role in both Maryland’s defense and offense. The Netherlands native came to College Park from New Hampshire, where she spent her freshman season starting all 18 matches for the Wildcats and leading the team in minutes played. She was named the America East’s Rookie of the Year as she burst onto the scene after competing at the highest level of junior field hockey in her home country.

She assisted on three goals at New Hampshire. But despite how much action she saw on the pitch, she never scored one. This made her goal Friday night even more special.

“We’ve worked so hard these past few weeks,” Verleg said. “It’s good to see that it’s paying off now.”