What ever happened to the Lettuce Club? 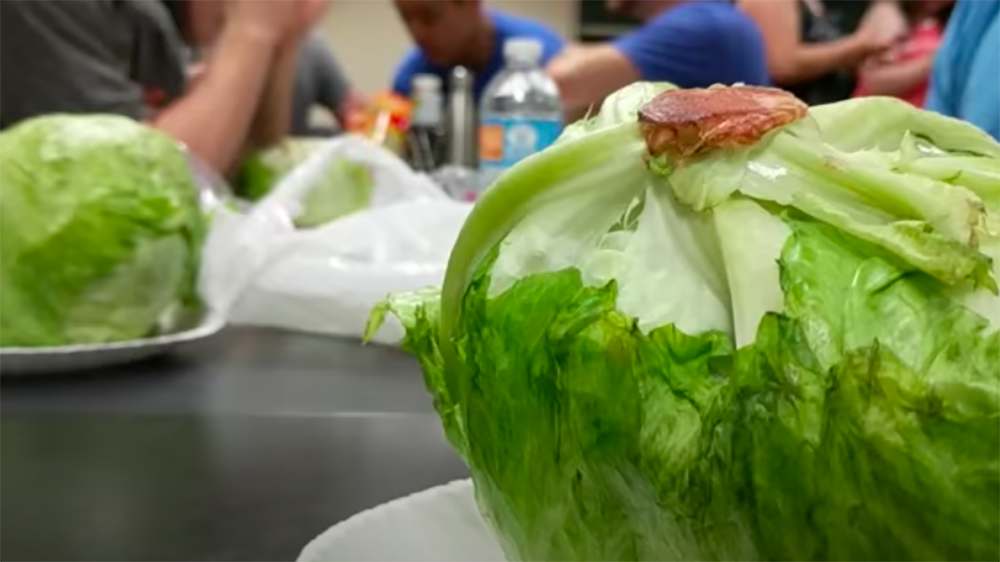 I have a complicated relationship with salad. I am a lover of all things sweet, and salad usually doesn’t quite fit that description. However, I’ve matured a bit in college. Especially after going on a keto diet for a short time, I’ve learned to tolerate — and even enjoy — the curious vegetable ensemble dish — yet not once have I wondered, “How fast can I eat an entire head of lettuce?”

Nonetheless, I do wonder about what happened to the infamous University of Maryland club that sought an answer to that very question.

I’m only a sophomore, but I still remember both my first tour of the campus and my freshman orientation well. The college decision process and preparing to attend college involves a tremendous amount of information being thrown at you haphazardly, yet the Lettuce Club stuck with me even until today. Both my tour guide and freshman orientation leader described it simply as a mass gathering of students united in one goal – eating an entire head of lettuce the fastest.

I’m not the only one interested in the club. A Reddit post last April by the user aptly named imisslettuceclub brought forth revelations such as, “It no longer romaines,” commented by user lambdamamba.  Unfortunately, the pun rings true. The club has sadly dissipated into nothingness, without a hint of ranch dressing left in the air.

The club only held two lettuce-eating competitions, first in February 2017 and last in September of the same year. Whoever finished their lettuce the fastest earned the prestigious title of Head of Lettuce and bore the responsibility of planning the next event. Yet the club faced several obstacles, and in the end, lettuce-filled dreams of glory were dashed.

Zach Caplan graduated in spring 2020 with a computer science degree and the obsolete Head of Lettuce title, having won the second and final Lettuce Club competition three years prior. After the victory, he said he was added to the Lettuce Club executive board, which included his friend Jonah Spielman, the first Head of Lettuce, and two other students who helped organize the meetings.

[Underrepresented artists got to shine at The Clarice’s BlackLight Summit]

Fulfilling his duty, Caplan tried to organize a third meet but found the executive board unwilling. Because the university didn’t officially recognize the club, Stamp Student Union had issues with hosting an unsanctioned event. Prohibited from holding further competitions there, Caplan said the club had trouble finding a new venue for their lettuce-eating needs, on top of a pervasive indifference among the other members of the board.

“I was really hoping that it would last,” Caplan said. “We wanted to carry this legacy all four years, and it just died. We talked about it a year after, but it didn’t seem like anyone on the original exec board had any interest in moving forward with it. I’m pretty sure it was a lot of paperwork that no one really wanted to do.”

Caplan referred to his Reddit post from April 24, 2020, where he explained that the effort to “get a committee together to make Lettuce Club an official student organization” was rather complicated.

Ethan Gandler, who graduated in spring 2020 with a marketing degree, filmed the first competition and created the video recapping the event. He said the club had intrinsic issues that discouraged recurring meetings.

“I think it’s like a trend,” Gandler said. “This is really cool and fun the first one or two times, and then we get what this is — there’s only so many times you can eat a head of lettuce and [have] it be funny.”

Still, both he and Caplan were adamant the club could be revived, and there’s at least a small interest on Reddit for a resurgence of the vegetable-centered community. For that matter, Gandler said the club originally began on Reddit, inspired by a meme about a similar organization from Cameron High School in West Virginia. He recommended making the stakes a little higher to elicit future participation.

“I think [a Lettuce Club revival] could totally happen and should totally happen … I reckon it could just be an occasional thing, once every few years, or you would have to innovate the competition so that it’s not just about who can eat a head of lettuce the fastest,” Gandler said. “Maybe it could turn into a tournament, or there’s prizes. There were no prizes. That was definitely a downfall.”

“If someone has the motivation to go make this an official school club, then there’s no reason it shouldn’t be a club anymore,” he said. “It’s just up to somebody having that motivation to go through with the whole process.”

Despite everything, both graduates expressed an adoration for the club.

“[I] enjoyed everything about it,” Caplan said.

“It’s a crazy thing and it’s totally absurd,” Gandler said. “It’s a great way to meet people. I was a freshman when it happened … it’s just a wholesome activity, totally ridiculous. Anyone could do it, unless you’re allergic to lettuce.”

Revival imminent or not, the legacy of the club lives on. Tour guides still mention the crazy antics of this group to potential freshman as if lettuce-eating titans still walked among us. Audrey Lenahan, a tour guide and a junior criminology and criminal justice and English major, said her training directors used the club in an example tour. She likes to reference it in her own tours, too.

“It’s up to the tour guide what clubs they’d like to talk about. When I’m giving a tour, usually I’ll talk about some of the more niche clubs like the Squirrel Watching Club or the Lettuce Eating Club,” Lenahan said.

I wonder if the Squirrel Watching Club is active nowadays…