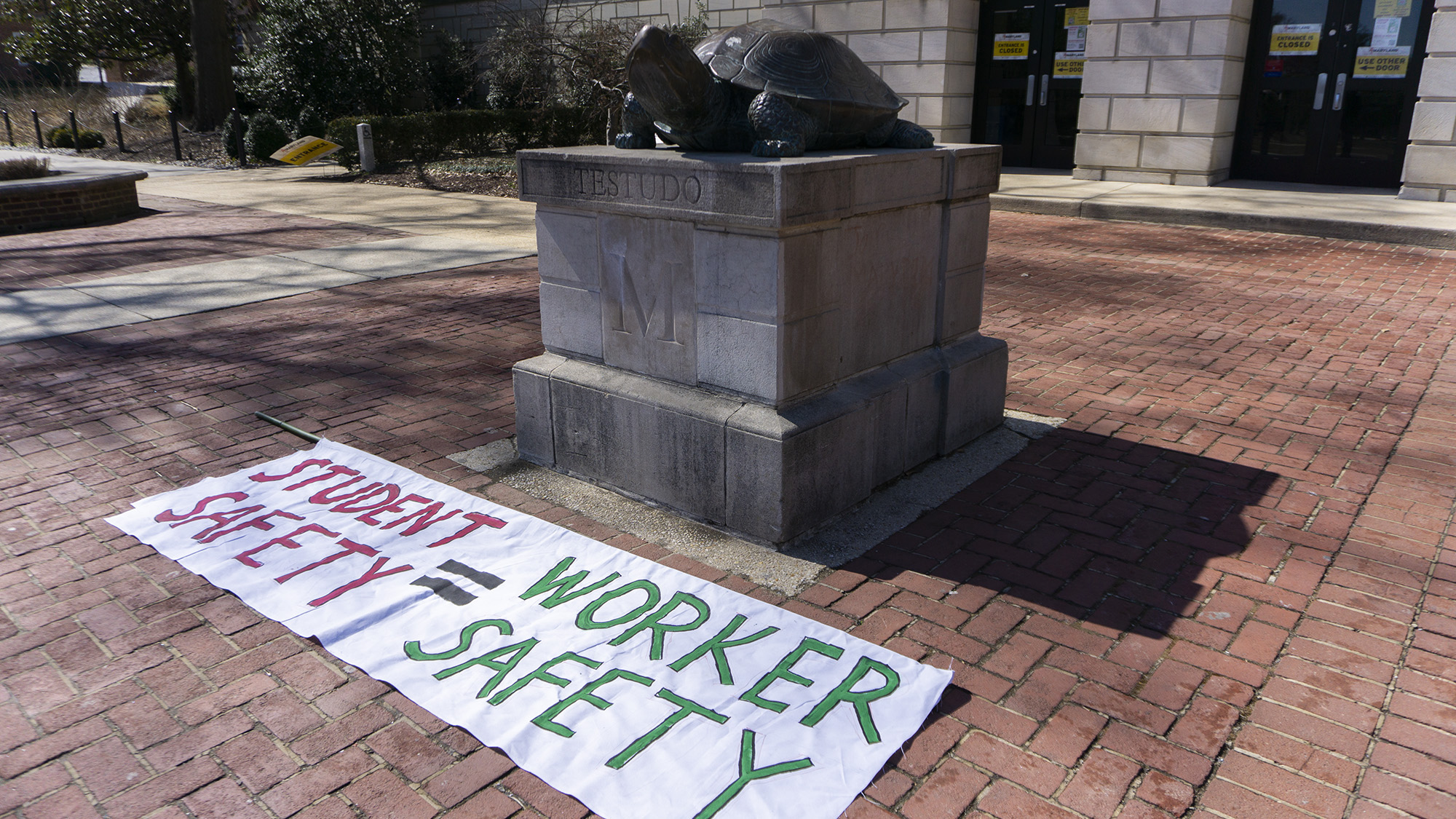 Maryland’s State Higher Education Labor Relations Board held the first hearing for an unfair labor practice complaint against the University of Maryland all day Monday.

The American Federation of State, County and Municipal Employees Local 1072 — the union that represents this university’s workers — filed the complaint in July. The union alleged that housekeepers reporting to campus did not receive proper equipment or training to do their jobs safely amid the coronavirus pandemic.

The current contract between this university and AFSCME is set to expire in June 2021. The contract includes health and safety matters, according to a university statement.

Since the pandemic first impacted the campus community, the university has prioritized “open communication and collaboration” with the union, according to the statement. They have met almost weekly, and university representatives have maintained “frequent communications” with union leaders to discuss issues.

“The university continues to work closely with AFSCME leaders to prioritize the safety of employees and the entire campus community,” the statement read.

Last November, the university offered the union — with “the best interests of all parties in mind — to begin bargaining over successor agreements, according to the statement.

“During collective bargaining negotiations, all topics brought to the table will be discussed and considered as required,” the statement read. “Topics of discussion may include COVID-19-related working conditions.”

The board will continue holding hearings on Tuesday, Wednesday, Thursday and Friday.

Toward the beginning of Monday’s meeting, Todd Holden, the president of AFSCME Local 1072, testified, describing the ways the COVID-19 pandemic has impacted workers since March.

Holden said that many workers were confused about who was eligible to telework. Staff who reported to work, he said, were concerned about adequate protective equipment and general safety.

“Yet, it was very clear to us that there was no training about how to do that,” he said.

The union continued to hear concerns throughout March, Holden said. It was hard to determine who was considered essential and who was not, he said. Many Residential Facilities and Facilities Management workers were told to work on the campus, even though the state of Maryland was under a stay-at-home order, Holden said.

In April, when David Driskell, a longtime art professor at this university, died due to complications from the coronavirus, the level of anxiety among workers heightened, he said. Still, he said, people wanted to know about it.

It was — and still is — in the union’s interested to know when employees test positive for COVID-19, Holden said.

“We definitely saw the need and the urgency of doing contract tracing and notifications, early and often and accurately,” he said.

At that point, the union had been dealing with COVID-19 for a little over three weeks, Holden said. It was in crisis mode.

“The idea of getting people safe and sheltered, properly compensated and properly equipped, I would say that, at that time, that certainly eclipsed any other considerations for what would have constituted ‘bargaining’ at that time,” Holden said.

Holden also emphasized the union’s desire to establish proper communication, saying that managers and supervisors were subjectively interpreting the guidance that was coming from campus leadership. He said many workers were reporting to work when they did not need to, and some workers were teleworking without proper training. There was also often an issue of language barriers, he said, as many workers speak Spanish or Creole.

Those were not the only issues when it came to communication, Holden said. He said he didn’t learn about move-out plans in May until one of the members who works in Residential Facilities told him. It was unclear whether reporting for move-out was voluntary or mandatory, he said.

Workers also told Holden that, during the move-out, many students and their families were not wearing masks. Holden said they received notifications from employees that they had contracted COVID-19 after that.

Stuart Katzenberg, AFSCME Council 3’s growth and collective bargaining director, said the union would raise issues and they would be ignored, dismissed or pushed to the side. At the hearing, he stressed that the university needs to negotiate with the union.

“Because that’s what collective bargaining is, is that management and labor meeting together to come to some agreement about the rules of work, health, safety, wages, hours, working conditions,” he said. “As opposed to the boss just moving by feet.”

AFSCME is in ongoing negotiations with almost every university in the system, Katzenberg said, with the exception of this university.

He highlighted that, in comparison to other universities in the system, the University of Maryland is larger in size and scope. It is also located in Prince George’s County, which had the highest rate of COVID-19 infection in the state.

“I didn’t want them to be on the wrong side of history in terms of COVID-19,” Katzenberg said.