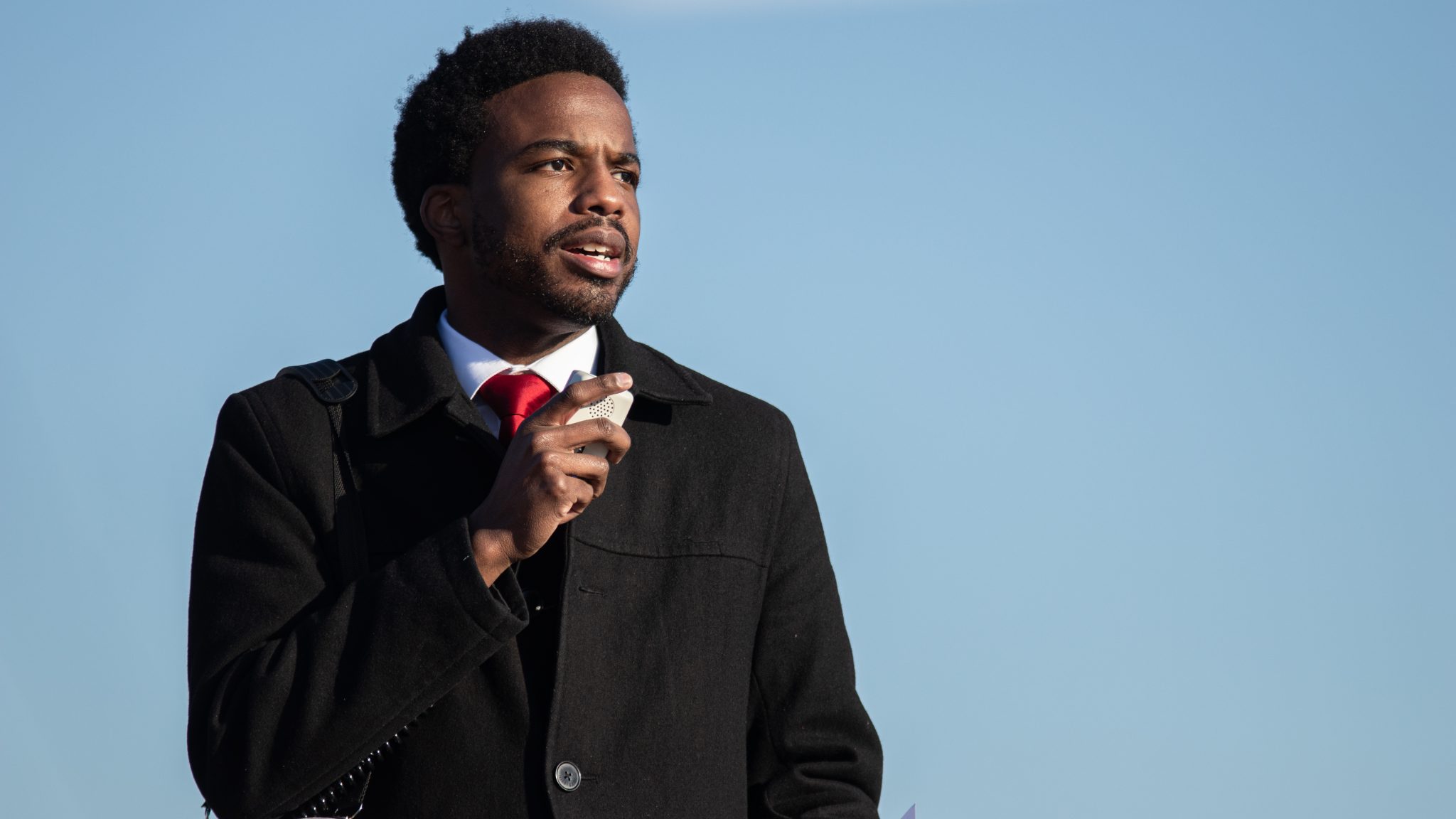 Colin Byrd, the mayor of Greenbelt and a former University of Maryland student, is challenging Sen. Chris Van Hollen for one of Maryland’s seats in the U.S. Senate in 2022, he announced Monday.

Byrd has been Greenbelt’s mayor since 2019, and he has advocated for progressive policies, including Medicare for All and the Green New Deal.

In an interview with The Diamondback on Monday, Byrd said he became motivated to run after watching the U.S. Senate’s discussions before passing the $1.9 trillion coronavirus relief package Saturday. He has not officially filed his candidacy, but he plans to do so in the coming days, he said.

Following its passage in the House of Representatives, the Senate bill endured several changes. Language that would have implemented a federal $15 minimum wage was removed and senators decreased weekly unemployment benefits from $400 to $300.

The removal of the minimum wage language came after the senate parliamentarian, who oversees the Senate’s rules, decided it could not be included in a reconciliation bill, a type of bill used for budget-related items that only requires a majority vote, as opposed to the 60 needed to overcome a filibuster. Byrd said, as a senator, he would have supported firing the senate parliamentarian.

“Senate Democrats made the wrong moves and made the wrong decision and didn’t hold their ground,” he said. “Sometimes you have to draw a line in the sand with the people of your own party.”

Byrd takes issue with several federal actions in the first months of President Joe Biden’s administration, including the lack of $2,000 stimulus checks in the coronavirus relief package — a promise Biden and senators previously made. This is the top reason he is running, Byrd said.

“To me that is unacceptable,” he said. “And I think that it puts the Senate at risk.”

Byrd pointed to the lack of equity in vaccine distribution across the U.S. and in the state of Maryland. White Marylanders have received almost four times as many vaccines as Black or African American Marylanders, according to data from the state’s coronavirus dashboard.

“We didn’t hear that voice from our U.S. senators saying, ‘You know what? We have to address this inequity,’” Byrd said.

Van Hollen is in his first term as a Maryland senator. He won 53 percent of the vote in the 2016 Democratic primary. He previously served as the U.S. Representative for Maryland’s 8th Congressional District, which includes parts of Montgomery County.

Byrd ultimately decided to withdraw his candidacy from the race. He is supporting Mckayla Wilkes, another progressive challenger who lost a bid to unseat Hoyer last year.

Byrd has continued to be an active member of this university’s community. In 2015, he led the fight to change the name of the university’s football stadium, which originally honored a former university president with a history of racism. And now, he is part of the effort to remove Thomas V. Mike Miller Jr.’s name from the main administration building.