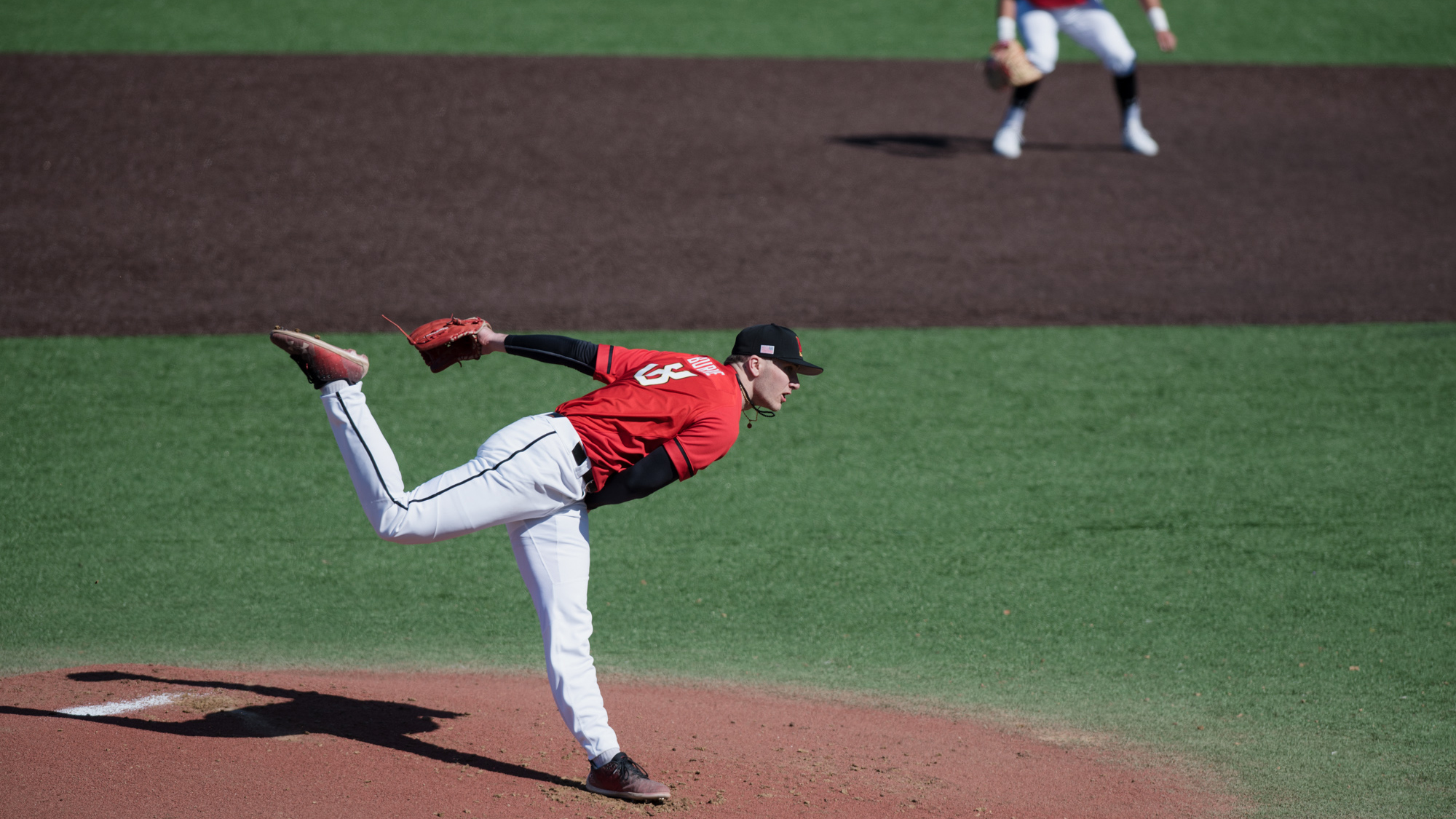 In his four starts in the 2020 season, Burke commanded the mound, his blazing fastball and sharp curve keeping opposing hitters off-balance. It translated to the stat sheet, too. The Sutton, Massachusetts, native led all Maryland baseball starters with a 1.99 ERA and 35 strikeouts.

Then, it was over.

The COVID-19 pandemic robbed the Big Ten and the rest of college baseball of much of its campaign, leaving the Terps searching for ways to build on their 10-5 start last season. And for coach Rob Vaughn’s squad, that starts with its pitching rotation.

Burke will headline the corps once again, but newcomer Jason Savacool has also entered the fray. The freshman pitcher was the No. 19 right-hander in his class and was named Baseball America’s Big Ten Preseason Newcomer of the Year.

“Jason is a really good competitor,” Vaughn said. “He’s like the nicest kid in the world, but when he gets on the mound, that dude’s really competitive.”

Savacool will work into the top four of the pitching rotation as a rookie with heightened expectations. He recorded a 94 mph fastball during his time at Charles W. Baker High School and had a 1.34 career ERA for the Bees.

And the accolades culminated last year. Savacool was the 2019-20 New York State Gatorade Baseball Player of the Year in his final season as a high school player.

“His stuff’s elite,” Vaughn said. “He’s gonna win a lot of games in a Maryland uniform.”

The pitchers who have been at Maryland have high expectations as well. Burke is expected to build on a strong redshirt freshman season that came after he spent his 2019 campaign recovering from injury.

Burke was named the preseason Big Ten Pitcher of the Year, and Vaughn is not surprised.

“I’m excited to not have to try to get hits off of him anymore,” Vaughn said. “He’s been fantastic, and we’re looking for a really good year out of him.”

[Travis Garnett has the mentality Maryland baseball is looking for]

And Burke doesn’t seem fazed by the expectations.

“Just trying to be simple with everything,” he said. “Do what I do … stay to everything I was doing to have some success.”

Although the youth may lead the way in the bullpen this year, the Terps also have two upperclassmen that could contribute late in games as well. Graduate student Elliot Zoellner did not allow a single earned run in 11 innings pitched in 2020, while senior Sean Fisher will look to bounce back after putting up a 5.66 ERA last spring.

Maryland will kick off its season Friday with a four-game weekend series against Michigan State and its star pitcher Mason Erla. Burke will start Friday, Fisher and Connor Staine will take the mound for Saturday’s doubleheader, and Savacool will close the series Sunday.

Regardless of the quality of these first few outings, the Terps won’t lack enthusiasm as they return to the diamond.

“I think you could tell our guys we were playing the Yankees for 56 games this year, and they’d be jacked up about it,” Vaughn said.